Buffalo is a waterfront city with a deep history along the shores of Lake Erie. With more than half of the city's waterfront left vacant, the potential for revitalization is immense. Whole neighborhoods and commercial districts could be built with strong connections to downtown and the city's existing neighborhoods. To achieve this vision, Buffalo needs to lay down the proper foundation. Good development is tied to good infrastructure. The form of the streets can seal the fate of vast amounts of land.

Built in 1953, this 1.4-mile long, 110-foot tall limited-access bridge known locally as “The Skyway” begins at the Inner Harbor downtown, crosses the Buffalo River and touches down as Route 5 in the Outer Harbor. Route 5 continues for another 2.6 miles as a limited-access expressway built on an embankment of slag. The highway's oddly configured exit ramps lead to a confusing series of one-way streets that further hinder access to the waterfront. A total of 41,500 vehicles per day travel along this blighted corridor. There is no pedestrian access between downtown and the Outer Harbor.

Despite many resident pleas to remove the structure, the NYSDOT selected to retain the embanked Route 5 (and reinforce it with new ramps) instead of replacing it with a surface boulevard supporting an urban street-and-block network, even though a boulevard-only option was deemed viable in the project's Environmental Impact Statement. But current plans are exploring alternative options to the freeway. 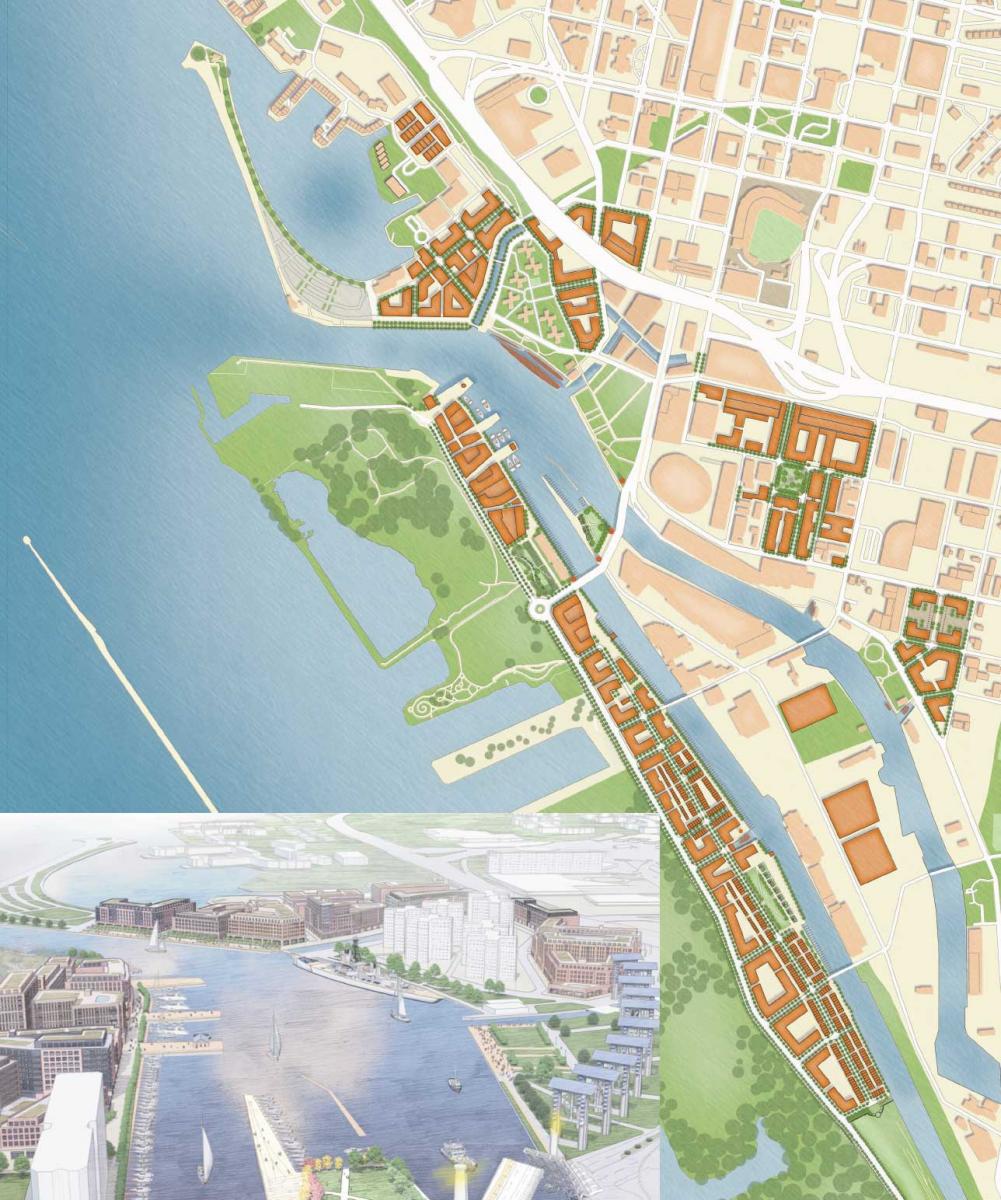 The state of Skyway hinges largely on its age and condition. NYS DOT rates the Skyway bridge as “fracture critical” while the Federal Highway Administration classifies the bridge as “functionally obsolete.” Furthermore, maintenance of the bridge is likely to cost more than $50 million over the next two decades.

Citizens and civic organizations, including the Buffalo Common Council, New York State Assemblyman Michael Kearns, and CNU continue to call for the Skyway to come down and the replacement of urban sections of Route 5 through Buffalo with a surface boulevard. In 2013, Commissioner of the New York State Department of Transportation Joan McDonald directed her office to conduct a plausibility review of the route.

In May of 2016, Congressman Brian Higgins spoke in favor of some sort of alteration to or removal of the Skyway, noting that Buffalo is not the same city it was when it was built in the mid-50s and calling for a full and formal Environmental Impact Statement of the Buffalo Skyway including an assessment of Skyway removal and alternatives. One articulated alternative would be a Buffalo Harbor Bridge, which would cost around $90 million and include pedestrian access, and the decision to demolish the highway would cost around $10 million. It has also been concluded that even the removal of just one ramp that connects the Skyway to I-190, for example, would free up an entire downtown block for development. As it becomes more and more clear that The City of Buffalo can no longer afford to have prime waterfront real-estate continue to sit idle, underutilized and unimproved for another half century, and with the Federal Highway Administration commenting on the only bridge in New York State that will close each year due to inclement weather by classifying the bridge as “functionally obsolete," locals know that it is time to replace a highway that currently divides a community with a roadway that re-connects neighborhoods and helps bring vitality to the area.

To kick-start conversations around the fate of the Skyway, Governor Andrew Cuomo announced in May 2019 the ‘Aim for the Sky’ competition, an open design challenge to reimagine the Skyway and Route 5 corridor. In September, a panel of experts in the fields of transportation and urban planning, including Lynn Richards, president & CEO of CNU, selected the top three proposals. Among these were two plans to remove the Skyway as a freeway and make the Outer Harbor one of the premier green spaces in the city. The winning proposal, the City of Lights, converts the Skyway bridge into a linear park that provides a much needed pedestrian connection between downtown and the Outer Harbor, while the third-place Queen City Harbor proposal removes the Skyway and replaces it with an urban boulevard and bascule bridge along the current alignment of Route 5. Both proposals provide Buffalo with an increased opportunity for urban development and a more vibrant public realm centered around its waterfront. CNU advocates that the strongest elements from all of these proposals be taken into account in future plans for the Skyway corridor.

On January 14, 2021, New York Governor Andrew Cuomo announced construction crews will be ready to remove the Buffalo Skyway this year, to create a "spectacular park overlooking Lake Erie." This builds on the New York State Department of Transportation project scoping report released in August 2020 that identified two options, selected from 28 concepts, with one plan calling for a boulevard and the other a highway. The speed limit for the boulevard would be 40 mph and speed limit for the highway would be 55 mph. Both proposals would provide room for pedestrians and bicyclists.

Both proposals draw on the winning "City of Lights" entry selected last September in a competition sponsored by Gov. Andrew Cuomo to reimagine the Skyway. Despite the slow-down effects of Covid-19, state officials reiterated they are on track to complete an expedited environmental impact statement in 2021. Completion of the impact statement is a necessary step in removing the Skyway. The proposals call for removing 3.4 miles of highway between Tifft and Church streets and removing the Skyway would free 45 acres for future development along Buffalo's Inner Harbor and Outer Harbor.

Report: Buffalo, a City on the Waterfront: An Urban Alternative for the Outer Harbor