When Boston opened the Central Artery highway in 1959, it effectively serviced an estimated 75,000 vehicles daily. The construction of the highway displaced 20,000 residents during construction and cut off Boston’s North End and Waterfront neighborhoods from its downtown. By the 1990s, the Artery became congested for more than 10 hours a day as nearly 200,000 vehicles tried to move to and from central Boston. The highway’s accident rate rose to four times the national average. Boston’s tunnels under the harbor connecting downtown Boston to East Boston were experiencing similar congestion. A drastic change was needed.

Undertaken in the mid-1990s, Boston’s plan to remediate the congested Central Artery—nicknamed locally the Distressway—was named the Central Artery/Tunnel Project (CA/T), and was constructed under the supervision of the Massachusetts Turnpike Authority. This ambitious project included replacing the six-lane highway with an eight-to-ten lane underground expressway beneath the existing road, ultimately leading to a 14-lane, two-bridge crossing above the Charles River. Upon completion of the underground expressway, the former, elevated expressway was demolished and replaced with open space and urban infill development.

Furthermore, I-90 (the Massachusetts Turnpike) was extended from its former terminus south of downtown Boston through a tunnel beneath South Boston and Boston Harbor to Logan Airport, the first connection completed in December 1995.

The traffic improvements and reductions in traffic delay ultimately dropped the hours of travel on the project highways 62 percent between 1995 and 2003. Carbon monoxide levels were reduced by 12 percent over the same period. The project created more than 45 parks and plazas while increasing connectivity between downtown and adjacent neighborhoods. The project included shoreline restoration along the Charles River Basin, Fort Point Channel, Rumney Marsh and Spectacle Island as well as the Boston Harborwalk.

In the path of the old elevated Central Artery now stands the Rose Kennedy Greenway, a tree-lined boulevard with several miles of new and refurbished sidewalks, 600 streetlights, roughly 900 trees and a number of plazas. While three quarters of downtown’s 30 acres will remain as open space, one fourth is set aside for modest development including retail, commercial and housing uses in low-rises. 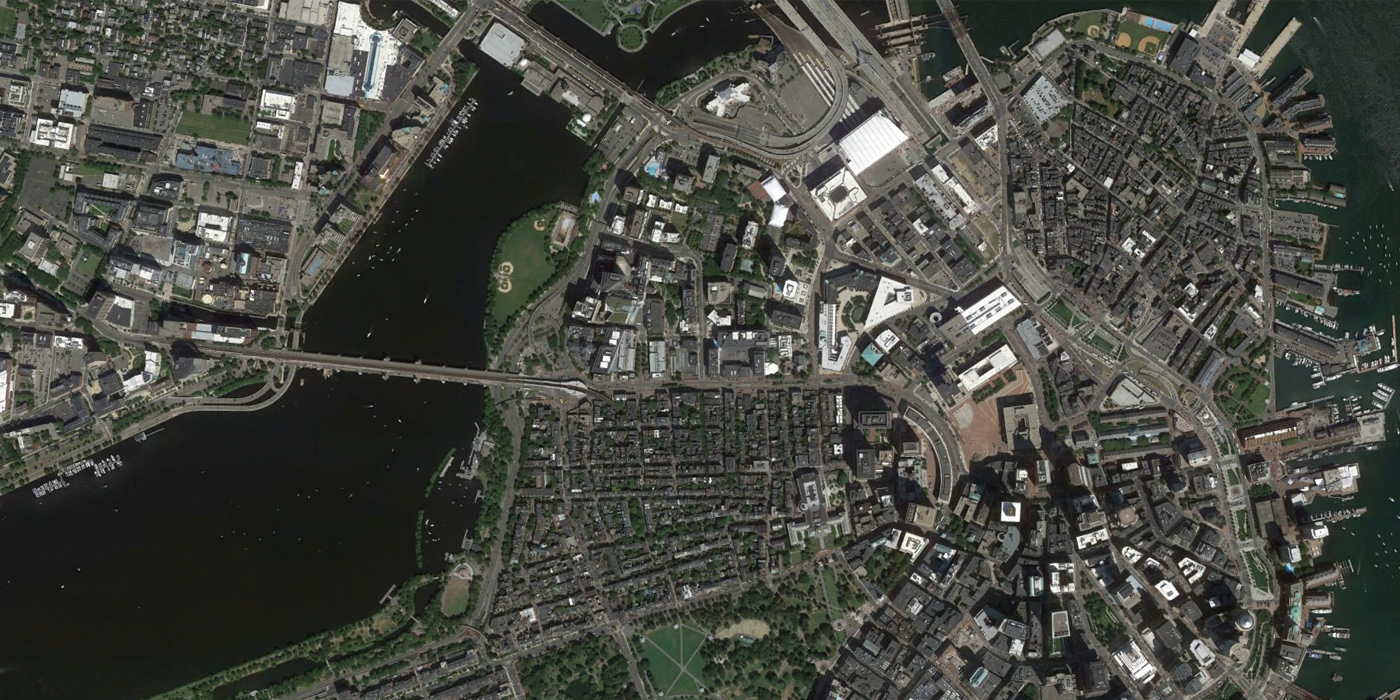