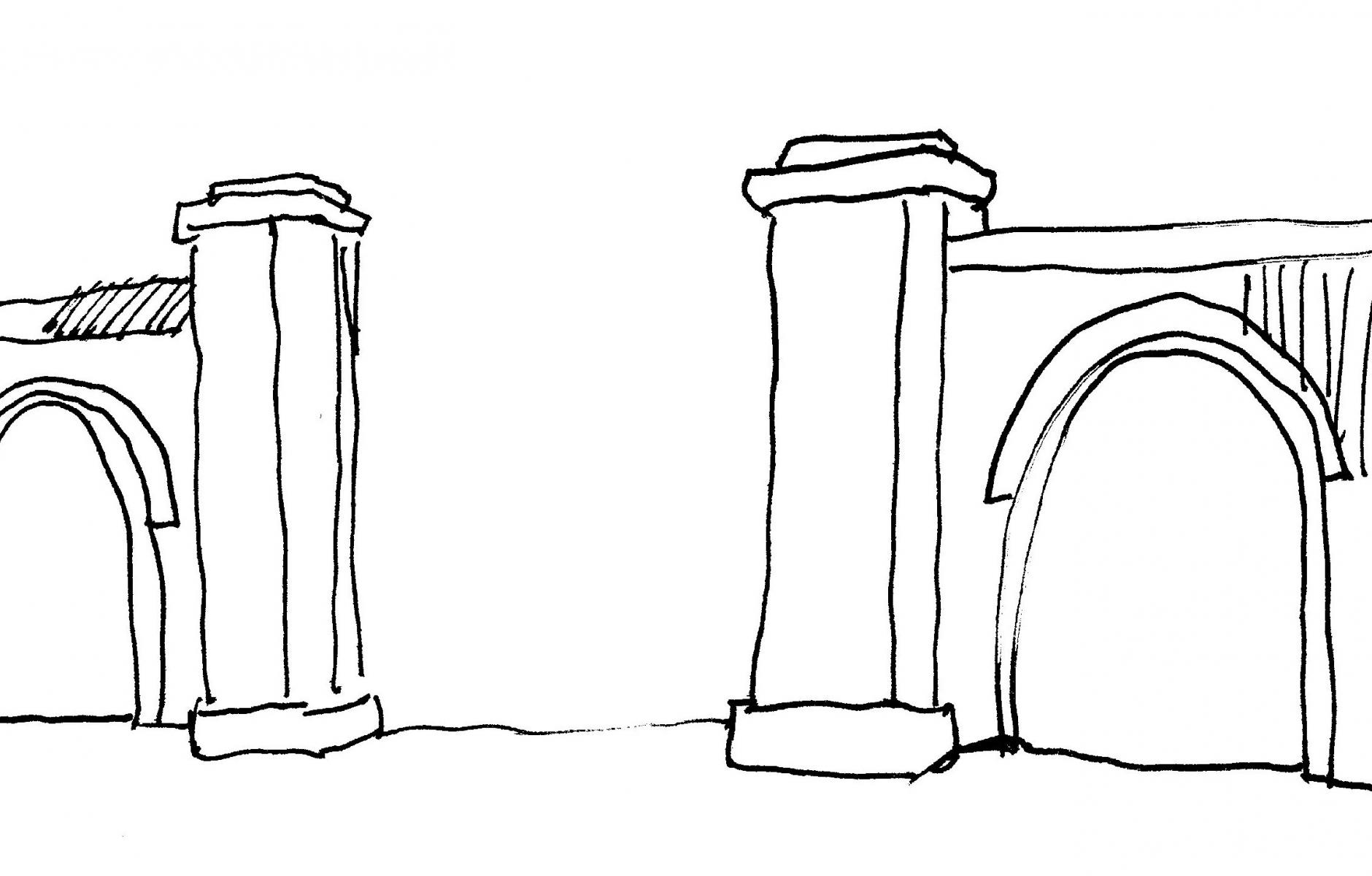 Giant surface parking destroys the geometrical coherence and pedestrian connectivity of a campus. The solution lies in limiting the width of the parking without reducing the number of parking spaces.
NIKOS SALINGAROS   &nbspAUG. 23, 2018

Author’s note: This is the last in a series of ten essays that present innovative techniques for designing and repairing a corporate or university campus. These tools combine New Urbanist principles with Alexandrian design methods. The controlled interaction of cars with the pedestrian realm is crucial in defining a healing environment — in a campus as well as in the city. It’s not possible to achieve this healthy fusion by following the post-war planning model, where roads define the plan. There is a definite priority given to pedestrians, and then everything else has to fit to that geometry in the correct sequence. But allowing the dimensions of the car-centric city to shape the campus, and failing to protect pedestrians from the physical threat of moving vehicles, degrades it into a splintered wasteland.

The compact city is a city for people, but it still accommodates cars and trucks. However, surface parking lots interrupt the urban structure and sense of an outdoor “room”; they are dangerous and exhausting for pedestrians, and visually destroy any pleasant walking. They also create runoff from impervious surface, encouraging flooding.

Instead of taking over a vast open area, parking should occur in a ribbon of intentionally constrained road: I am proposing a radically different parking geometry, to be generated by new zoning codes. A parking “lot”, then, is just another road, not an open space. These long and narrow parking ribbons will branch into each other, assuming a networked form just like urban streets. A maximum dimension of about two car lengths will be stipulated for the width of any parking ribbon, accommodating only one side of head-in or diagonal parking. Parking ribbons don’t need to be straight, but can be made to fill up otherwise useless narrow spaces.

Furthermore, pedestrians should be given priority when crossing an existing large parking lot. This means building a raised footpath, sometimes covered by a canopy, and also giving it a distinct color coding for visual separation. Giant, uniform parking lots are hostile to human beings and essentially anti-urban. They can be reformatted into parking ribbons by building other structures inside them. Inserting sections of water-permeable surface into giant parking lots will also solve the serious problem of flooding from storm run-off. Such infill solutions can be written into a new code.

Parking ribbons already exist in traditional urbanism: as curbside parking on slow-moving roads, and on the sides of a fast-moving boulevard. Most parking garages are indeed wound-up parking ribbons. What I’m suggesting is that ALL parking should conform to the ribbon geometry. A parking lot should never again be confused with an urban space, and cars should never be allowed to take over an urban space.

Another solution is to have orthogonal flow for pedestrians and vehicles (working simultaneously with protected parallel flow). Their intersection must be non-threatening. The two distinct flows cross frequently at places that are protected for pedestrians. In this way, the two flows do not compete except at crossing points. Introducing a row of bollards saves many situations where pedestrians are physically threatened by vehicles. An amalgamation of pedestrian paths defines a usable urban space. This must be strongly protected from vehicular traffic. Any paved space that children might use for play must be absolutely safe from traffic (Salingaros, 2005).

From “Compact City Replaces Sprawl”, invited talk at the Inaugural Conference of the Delft School of Design, Holland, June 2004 (Salingaros, 2006).

The urban web consists of overlapping networks of connections. There is no reason to suppose, as many planners do, that the distinct networks have to coincide. Different types of connections exist on different scales, so mathematically they cannot coincide. The web has structural strength only when networks on different levels cross and overlap, providing cross-connectivity. When connections are forced to coincide they become singular (too many are concentrated along one path). Singular connections do not work because they overload the carrying capacity of the channel.

The number of pedestrian paths in the urban web should be far greater than exists today. An unfortunate trend of the last seventy years has been to eliminate footpaths by arbitrarily imposing a rectangular (or other restrictive) road grid for all connections. A second error has been to give priority to car paths over pedestrian paths. Alexander and his associates have looked into the process of establishing the web connections (Alexander et al., 1987). They conclude that there is an optimal sequence to be followed: deﬁne the pedestrian and green spaces ﬁrst, followed by pedestrian connections, buildings, and roads, in that order. The greatest cities of the past were built by following the order proposed here. A careful study of the urban web clearly shows that following the reverse order, as is done today, eliminates pedestrian and usable green areas.

The most glaring omission in contemporary cities is a totally inadequate car/pedestrian interface. Two networks of entirely distinct characteristics have to interface seamlessly without damaging each other. Christopher Alexander et al. (1977: Patterns 11 LOCAL TRANSPORT AREAS, 22 NINE PER CENT PARKING, 32 SHOPPING STREET, 52 NETWORK OF PATHS AND CARS, 54 ROAD CROSSING, 55 RAISED WALK, 97 SHIELDED PARKING, 100 PEDESTRIAN STREET, 103 SMALL PARKING LOTS, and 113 CAR CONNECTION) pointed out the fundamental importance of creating and maintaining this fractal interface, and offered practical solutions. Unfortunately, cities instead chose to follow CIAM’s opposite suggestions, as they worked very hard to erase their pedestrian network. The first step to destroying a system is to cut its entry points — i.e., its interface to other systems. The crossover between car and pedestrian realms was eliminated so that the pedestrian city could then be declared “redundant”.

The connective interface between people, green spaces, urban spaces, and built surfaces is just as important as the interface between cars and people. We connect most strongly on the most intimate scales. That’s the reason we love our cars — we touch their interiors, which in turn surround our body. Urban spaces (with or without green components) were meant to surround us with an inviting, comfortable boundary, but we have recently made them alien and hostile. Without a spatial intimacy connecting us to the smallest scales, urban space is ineffective. Following the dictates of a puritanical architectural modernism, we scorned spatial intimacy in today’s cities as something “unmodern”, and eliminated it.

From “Connecting the Fractal City”, keynote speech at the Fifth Biennial of Towns and Town Planners in Europe, Barcelona, April 2003 (Salingaros, 2005).