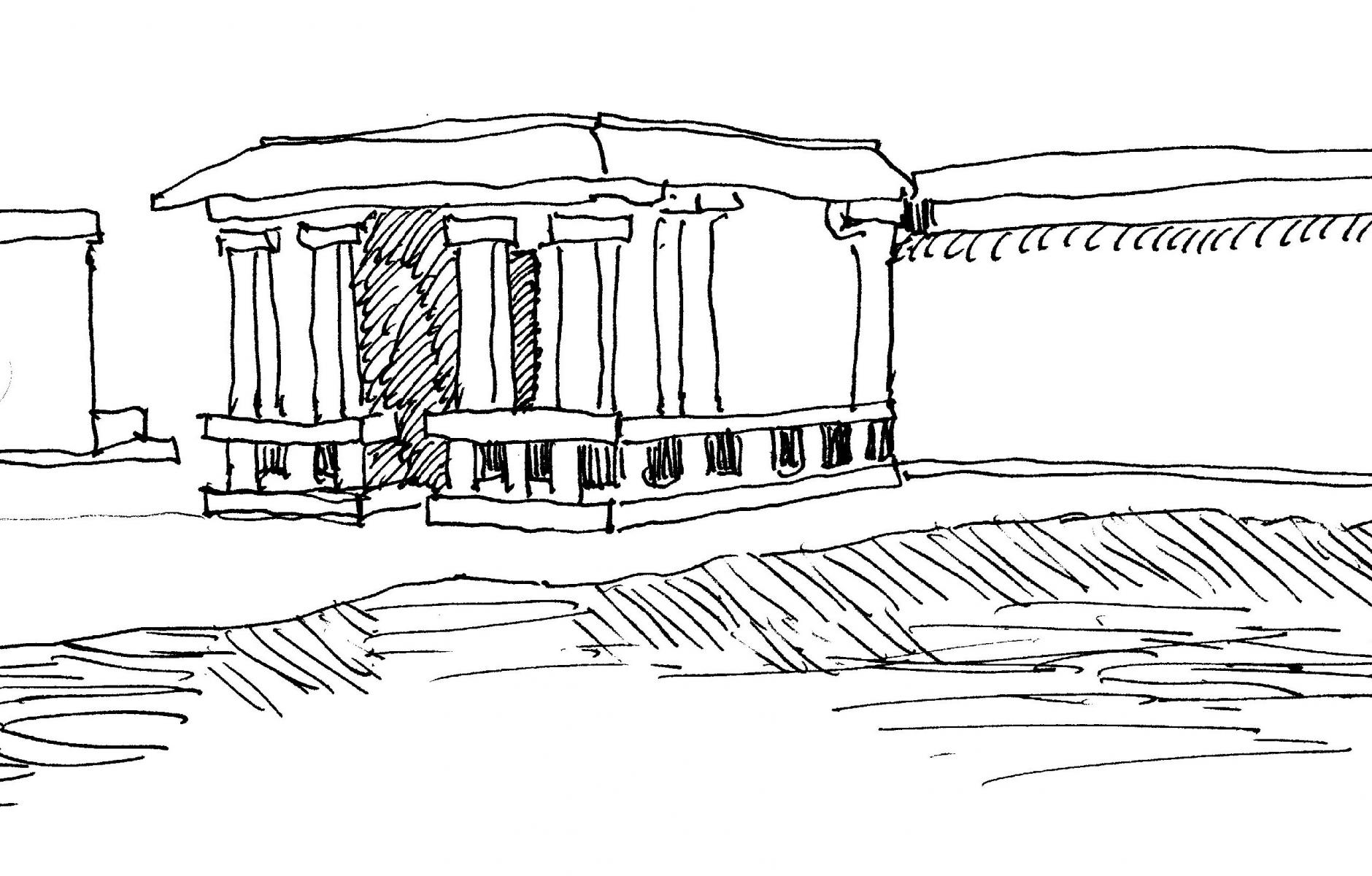 Most funding should go to small projects in a living city. Instead, funding is often skewed toward large projects.
NIKOS SALINGAROS   &nbspJUN. 25, 2018

Author’s note: This is the fifth in a series of ten essays that present innovative techniques for designing and repairing a corporate or university campus. These tools combine New Urbanist principles with Alexandrian design methods. The present-day project funding formula — skewed towards the largest scale — is responsible for a typical imposed industrial/mechanical result. By contrast, “life” arises from a large variety of adaptive smaller-scale contributions, which will have to be prioritized by a new system of funding. Reference will be made to eight city types as described in the book-length paper “Eight city types and their interactions”. These are labeled: Nourishing-physical, Fractal, Network, Spontaneous self-built, Virtual, Developer, Anti-network, and Inhuman. Every city, and each region of a city, is some mixture of these eight city types.

How to build a fractal city through budget allocation

The geometrical notion of fractals combining components of different sizes translates into a funding formula that allows us to build all the sizes in an urban ensemble.

How do we optimally distribute the money to be spent on building the Fractal city (Salingaros, 2017)? It has to be done using a fractal distribution of funding. Suppose that we have a central source that allocates different sums to specific projects, and where each project competes with the others for funding. This is the case with a university campus, since the majority of the budget comes from a single source, with the possible exception of specific donations for individual buildings (and even those often have to be “matched” by university funds). The administration has to argue for its projects’ approval in front of the funding agency, its own coordinating board, or the government.

The conventional procurement method is rigidly anti-fractal because it concentrates on the largest projects: those need the most money, and not getting them approved carries the greatest risk. But that top-heavy mindset too often ignores the intermediate and small-scale projects. The budgetary thinking is that those can be accomplished by way of the university’s general operating budget, or from discretionary funds found here and there. Yet that is seldom the case, and a systemic imbalance towards the largest scale remains to shape the built environment in undesirable ways.

A big project is easily presentable, hence an important marketing tool. The architect draws a pretty picture of the large stand-alone new building, which is used to convince the decision makers. The idea of a single structure and its striking image can be linked to expectations of how this new structure will make the University look like it is growing and thus successful, progressive, and modern. But the current system can create dead spaces in-between indifferent stand-alone new structures. It is much harder to use smaller, interlinked projects to market the university’s value. Human psychology works against presenting an intricate, adaptive environment: it has to be experienced in person because its life-affirming qualities do not show in a picture!

The Fractal city suggests a better funding formula. Just as a fractal has components whose sizes obey an inverse-power distribution, we propose the same law to govern funding for projects according to cost/size. An inverse-power distribution is one where the number of objects in a system is inversely proportional to their size: there exist only a few large objects, several more of intermediate size, and very many smaller ones, increasing in number the smaller they get. Fractal funding would support only a few large projects, several of intermediate cost, and very many low-cost projects, in a balanced relationship that favors the lower-budget ones.

A simple means to apply a fractal distribution to the funding formula is to divide the total budget into equal portions; say five. Then assign each 1/5 portion of the budget equally among a group of construction proposals having roughly the same cost/size. That will automatically guarantee that the smaller the projects are in terms of funding, the more of them will be approved. While we may never be able to systematically change the budgetary process, just getting this kind of thinking into the heads of the university planners as they work to prioritize projects might begin the process of seeing how fractal budgeting helps to create a greater equity in overall place-making within the campus.

This revolutionary approach to budgeting is the best way to keep healthy urban fabric in repair. Most interventions and additions that can make a great deal of difference for the better are either of small or intermediate size. Those need to be done often. The largest projects, which the current system is skewed to privilege, are possible only every few years. The university sees these new buildings as visible proof that it is growing, and, while it may not display such a building in a student brochure, it feels satisfied with the news coverage. But those big projects are disastrous when they fail. Of course they make money for the builder, but that’s not the point here.

Christopher Alexander first proposed this fractal funding formula in his long-term urban plan for the University of Oregon (Alexander et al., 1975). Alexander’s result was based on his own original analysis, and came before the introduction of fractals into architectural theory. I explain why this inverse-power distribution is essential for the stability of all systems, as for example ecological systems (see “A Universal Rule for the Distribution of Sizes” in (Salingaros, 2005)). There are really very deep justifications for this approach that have to do with the nature of complex systems. If by past precedent the formula for funding projects has become skewed towards the largest scale, we have to work to remedy this imbalance. How projects are funded is the key to creating more human-scale spaces and places.

A large lump development includes large projects, but very few medium and small projects. The total amount of money allocated invariably nowadays goes to these large projects, and the larger the project, the more chance it has of being funded. This situation destroys the urban fabric, for the following reason. Ongoing repair of the fabric also requires the allocation of funds for a large variety of projects on all the intermediate levels of scale, and most importantly, for an enormous number of very small projects. What happens in practice is that the giant projects eat up all the available money, and therefore leave nothing to be spent on smaller and intermediate size construction. Without repair, the entire city decays.

A funding distribution skewed heavily towards the large scale gives rise to a particular philosophy of urban growth. By ignoring the small and intermediate scales, urban actions become interventions, and then turn exclusively to the large scale. Any urban solution is erroneously believed to succeed only on the largest scale. Repair of existing buildings is deemed unimaginative or uneconomic, and piecemeal growth by adding successively to existing structures is not even seriously considered. The organic growth of cities, such as occurred for millennia to generate the best-loved urban regions all over the world, is ruled out. This philosophy has transformed our cities by replacing their natural, fractal structure with enormous, unlivable apartment blocks and unused urban plazas.

Traditional cities and towns contain urban elements of many different sizes; from the largest buildings down to street furniture, bollards, and potted plants. I claim that a necessary though not sufficient condition for a living city is that urban units be distributed according to an inverse power-law scaling (where the number of components is inversely proportional to their size). The larger buildings and open spaces should be few, and increase in number as their size decreases. Most important, there must be smaller urban elements, in increasing numbers, down to the human scale. These include clearly-deﬁned subdivisions of larger units, as well as separate autonomous structures. The hierarchy does not stop there, however, but should continue through architectural scales in buildings, into the structural scales found in natural materials.

From “A Universal Rule for the Distribution of Sizes” (Salingaros, 2005).