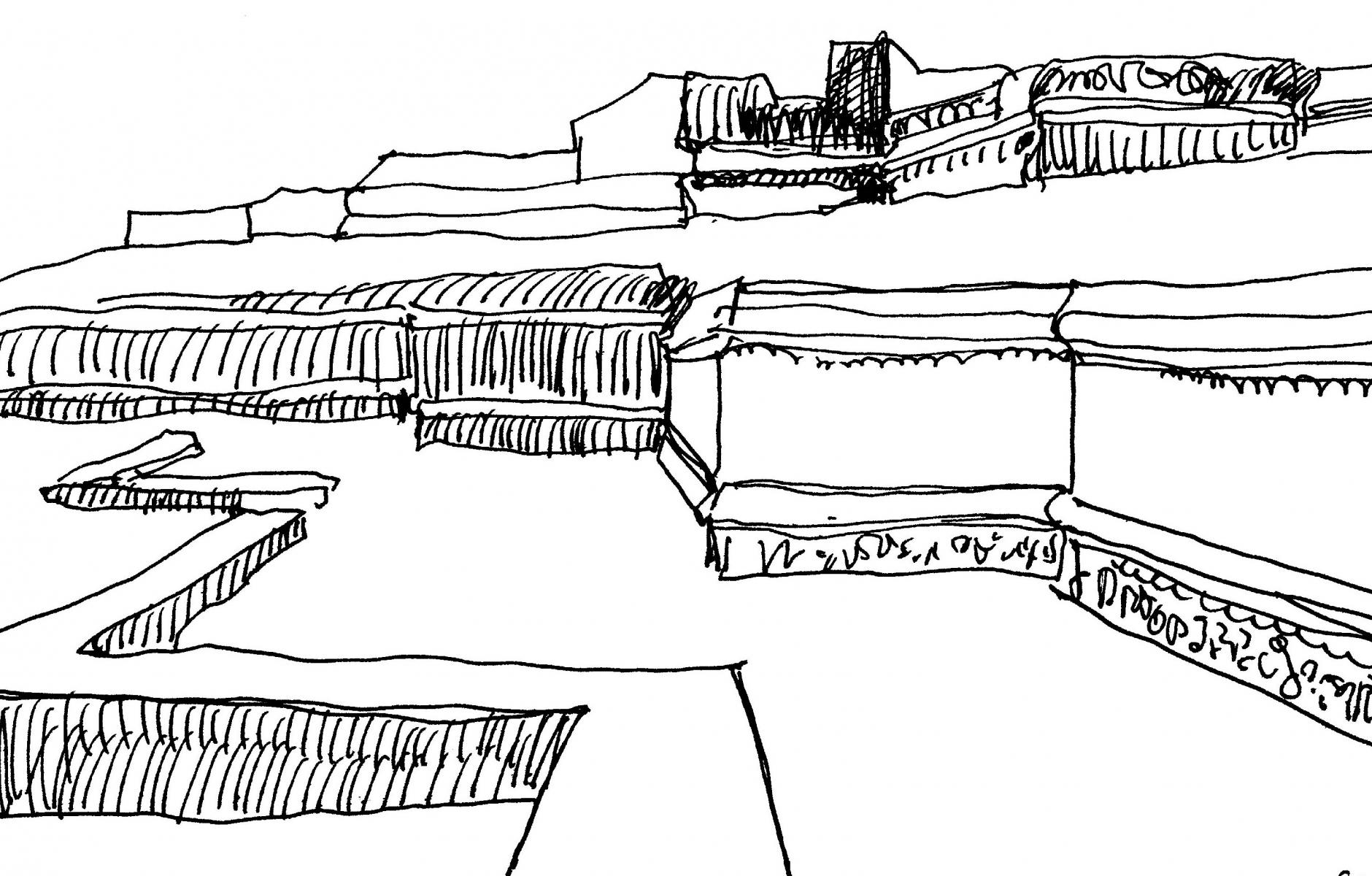 Author’s note: This is the fourth in a series of ten essays that present innovative techniques for designing and repairing a corporate or university campus. These tools combine New Urbanist principles with Alexandrian design methods. Alexander’s implementation of participative design — essential for endowing human qualities to the result — does not limit itself to discussion, but makes shared design decisions directly on the ground. Those crucial findings guide the project in a very different way from the usual New Urbanist “charrette”. Reference will be made to eight city types as described in the book-length paper “Eight city types and their interactions”. These are labeled: Nourishing-physical, Fractal, Network, Spontaneous self-built, Virtual, Developer, Anti-network, and Inhuman. Every city, and each region of a city, is some mixture of these eight city types.

Design methods using emotional feedback from people have a lot in common with how the Spontaneous Self-built City (Salingaros, 2017) arises. Slum dwellers do not follow building regulations, but are instead guided by their intuition and the physical limits of available materials, space, and topography. Incorporating aspects of that design freedom into conventional practice yields a method that adapts better to human feelings and sensibilities. I have proposed implementing this method to upgrade informal settlements and erect new self-built housing around the world (Salingaros, 2011).

Given modern industrial materials and systems of construction, there is an economy to rectangular spaces in terms of standard materials, labor, and utility. Regular building codes have a very limiting effect on design, and act against individual negotiations with existing conditions. And yet, an intuitive method obviously worked for millennia. Ever since people have had to rely on architects and the building industry for one century, they have forgotten or have suppressed their instinctive dwelling-making skills. If today’s industrial-modernist paradigm is to be overcome, or at least modified to obtain a more human design, we need to re-awaken those timeless methods of design (Alexander, 1979).

I’m going to delve into the design methodology known as collaborative, consensus, or participatory design. That approach involves eventual users in an essential manner in producing the design. I will need only one very specific component of the collaborative method, which makes design decisions on the basis of direct emotional feedback (an exploratory method for creating the Nourishing-physical + Fractal + Network city) (Salingaros, 2017). An intuitive judgment based on the users’ feelings and imagination is made before construction, giving birth to the design using only what exists already on the site.

The method is the following: choose a group of about five people, to include a child if children are going to use that place or live there. The group walks the grounds trying to imagine the proposed building fronts already standing; not in some predetermined form, but rather where a built wall and openings would feel best to reinforce those open spaces. The “walkabout” guarantees that urban spaces are well defined on a human scale and are connected by a network of pedestrian paths (Network city) (Salingaros, 2017). For this process not to be ill-defined, the group needs some rules and guidelines of what is possible; and the group should include someone trained and knowledgeable in Alexandrine Patterns to guide the process. Decisions are reached by discussion and consensus.

Christopher Alexander suggests for the group to carry wooden stakes and poles with small flags on them (Alexander et al., 2012). Those are used to mark the paths, the boundaries of open spaces, and the footprint of the imagined buildings. Someone could hold a large Styrofoam panel and stand in particular spots so that the group can decide if that’s the optimal position for a wall. If all goes well, then multiple factors such as solar orientation, adaptive use to wind flows, levelness of the land, and regard for natural elements on the site (trees, boulders, sharp drop-offs, steep hills, etc.) will be accommodated just by the sensory feedback.

After this design walkabout has been carried out on the actual grounds, and checked once again after the positions of other key elements have been decided, the plan is transferred to a measured drawing. “Cleaning up” the design so as to align directions and tidy up the geometry should be resisted, since that may invalidate the empirical discoveries of the group. This is the opposite of the standard procedure, in which everything down to the details is drawn in the office, and then built. In the conventional design approach, the users get to experience the final configuration after it is permanent; i.e. only after it is too late to make any adjustments, or even to correct major errors and omissions.

Alexander himself used this method to build a new high-school/college campus outside Tokyo (Alexander et al., 2012). Once the urban design and the architecture of each individual building had been determined, the construction of the campus was carried out via conventional methods. The resulting cluster of buildings and grounds show a degree of life that is essential for human engagement and wellbeing.

The exploratory design group should include persons who have a strong interest in using the built urban fabric after it’s completed. It is recommended to have someone with sufficient technical knowledge to help provide structure to the decision-making process. Individuals participating in the “walkabout” should be encouraged to draw upon their human intuition and sense of place to guide them in their conclusions. This can be difficult at first, given the decades of industrial-modernist construction led by architects and professional builders, which distanced users from their instinctive sense of dwelling and place-making. The detachment was achieved by institutionalizing both design and construction.

Alexander’s method puts our human sense of place ahead of industrial design practices, by promoting human intuition ahead of formal planning. Exploring the site, on foot, independently of existing paths and road structures (except for features that absolutely cannot be changed) helps to establish an optimal connected network of pedestrian paths linking urban spaces. At the same time, the exploratory process discovers how the pedestrian network should connect to internal and external vehicular networks.

The same method applies to diagnose already built urban fabric. An exploratory design group discovers and then maps those healthy places where it observes intense urban life, and which are deemed by their users to be vital. That quality is judged both by positive emotional feedback and by the density of pedestrian use. Such spots are marked as being protected from damage or encroachment by new projects. Yet those key healthy places could be architecturally modest objects, such as a tree, a wall, a corner, a small structure, etc., that conventional planning would not hesitate one second before eliminating.

Equally important is for the exploratory walkabout to identify pathological paths and places. If a place or pathway triggers psychological distress, there is something wrong with the geometry. The sensations could be a feeling of being oppressed; made anxious or threatened by the geometry or by something else; of being too exposed; ill-at-ease, etc. First identify those spots, and then think of possible restructuring and transformations to fix the problem — which is an emotional and/or intuitive reaction, not something that can be easily discovered from looking at a plan. If the new planning scheme requires that something be destroyed to erect a new building, then care should be taken to leave the healthy places alone while sacrificing the unhealthy ones instead. This way of thinking can help repair the urban fabric by not allowing new construction in arbitrary locations, such as where someone thinks it’s a good idea simply based on the plan.