In 1985, fourteen project owners formed the Contra Costa Centre Transit Village around the Pleasant Hill BART Station in Walnut Creek, California. This became a transportation-oriented development (TOD), meant to provide unique connections between retail and residential property and public transportation. In 2002, to stabilize Contra Costa’s finances, the owners voted to create the County Service Area M-31 Transportation Demand Management Assessment District. The CSA M-31 TDM grants an annual $200,000 tax assessment, but the assessment is based on square feet of floor area. This incentivized the project to increase floor space and decrease the number of single-occupancy vehicles.

At the time, most of the area surrounding the Pleasant Hill Station was covered by an at-grade parking lot. In order to create floor space, Contra Costa held a 7-day charrette to find a way to get rid of this parking lot and replace it with something new. They brought together neighbors, commuters, business owners, community leaders, and government agencies to discuss the direction of the project. Ultimately, they decided to build a multi-level parking garage to open up space for two mixed-use building blocks and a plaza around the Station. 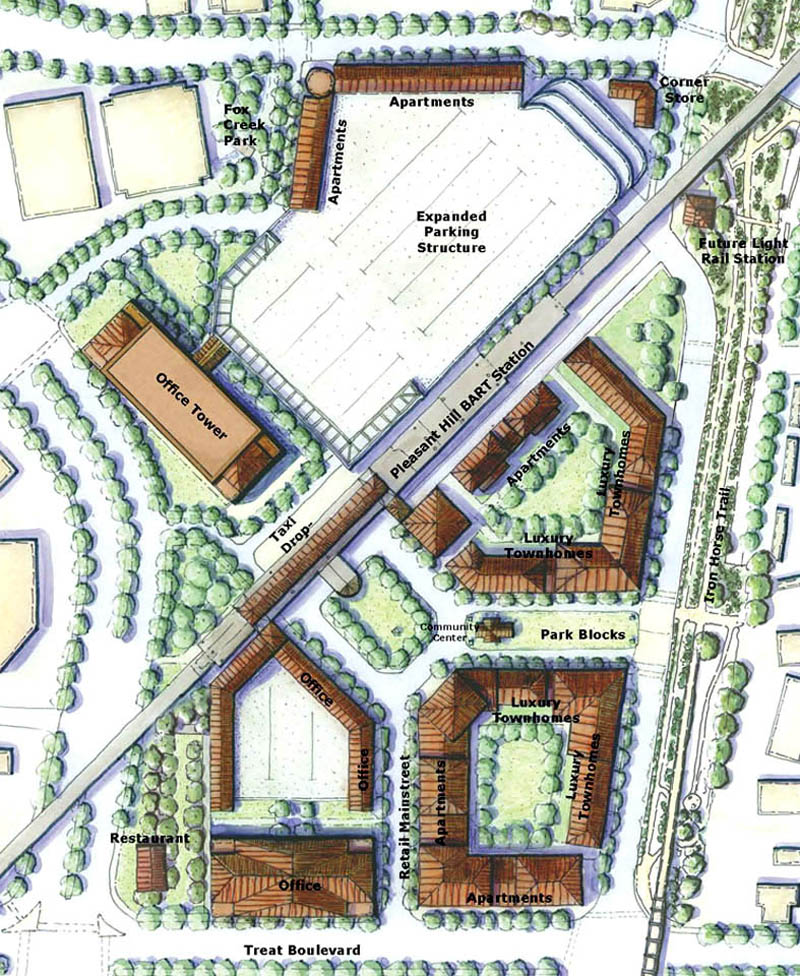 In June 2008, the new parking garage opened and room was made for the rest of the TOD to be constructed. The new section of the Village added much green space and many interconnected common areas that easily circulated pedestrians from their on-site residences to the BART Station. With the new Pleasant Hill TOD, Contra Costa now incorporates 8 acres of green space, 2700 residential units, and creates 6000 jobs through 14 restaurants, 2 hotels, a sports club and spa, and the 84 companies housed here.

The project connects people to public transportation to reduce their dependency on the car, but it also is a highly walkable development that encourages people to use the nearby Iron Horse Regional Trail to get exercise. This trail, however, was bisected by the Treat Boulevard, which could make walking it more difficult. Although the Trail is not a part of the Pleasant Hill TOD, Contra Costa still set aside $12 million to construct a pedestrian bridge over the road for the Trail. The TOD was meant to make the entire neighborhood more walkable, and the pedestrian bridge opened in 2010, the last section of the project. 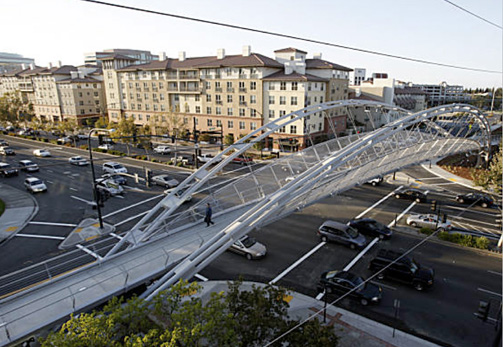 The Pleasant Hill TOD won the 2010 Growing Smart Together Award from the Association of Bay Area Governments, and the 2011 Award of Excellence for Sustainability from the California Redevelopment Association. It was also named Project of the Year in 2011 by the California Transportation Foundation. 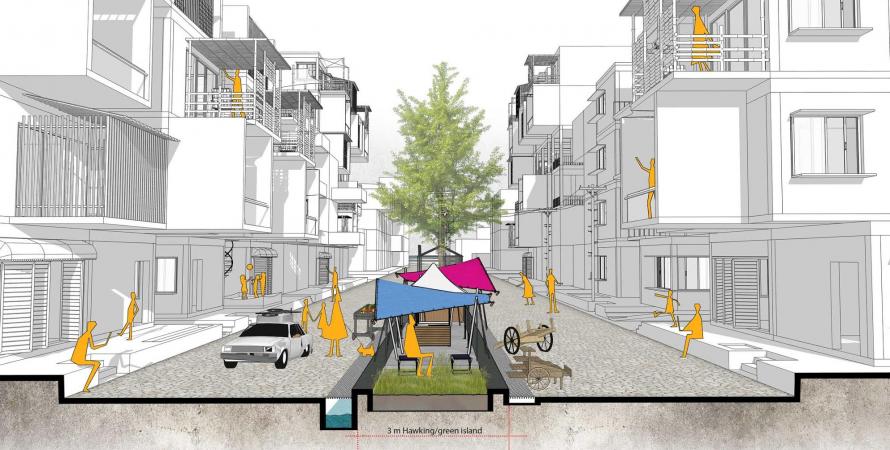 A Framework for Empowerment

This plan proposes the revitalization of Villa 31, an 80-year-old squatter-built shantytown in Buenos Aires, for its long-time residents—using bottom-up and top-down implementation concepts. 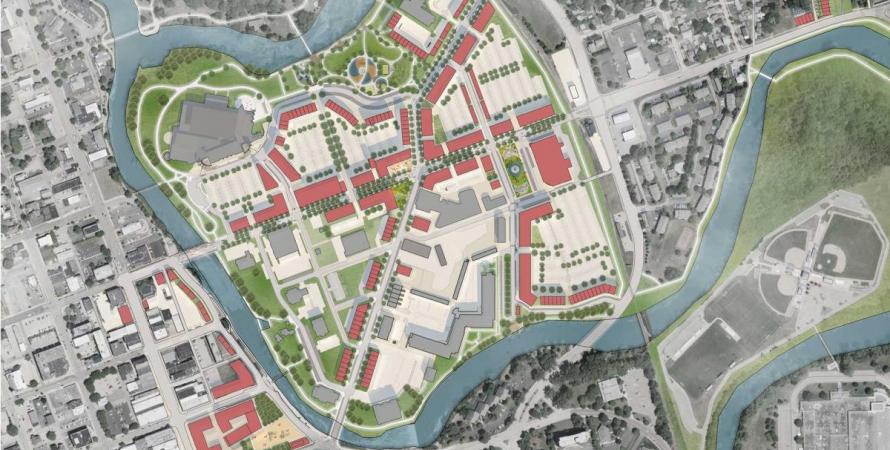 An underutilized peninsula across the river from downtown is giving Elkhart, Indiana, an opportunity to diversify its economy.