In the early 1990s, Addison, Texas community officials identified the lack of a coherent core as a major inhibitor to sustainable town growth. In a public/private initiative, the community took on a community vision process which envisioned a mixed-use downtown for the Dallas suburb—developing Addison Circle, a pioneer in suburban retrofit.

Addison Circle began as a vacant 80-acre site, later expanded to 124 acres, on the eastern edge of town between the Addison Airport and the Dallas Tollway. Through the community vision process led by RTKL (now CallisonRTKL) and development by Columbus Realty Trust (and completed by Post Properties), Addison Circle is now home to more than 2,400 residences, including brownstones, townhouses, condominiums, and apartments, plus 625,000 square feet of office, retail, and restaurant space adding up to over $500 million in private development.

The development has many parks and public spaces that serve the entire community, host festivals, and provide the community with the “coherent core” that it lacked. The layering of uses and mixing of architectural styles encourages a vibrant and active street life, enriches the public realm, and promotes self-policing throughout the area as residences overlook public streets and parks. Standards are set for landscaping, exterior materials, building scale and parking.

"It's been a fantastic new urbanist laboratory," said Art Lomenick, a principal with Integral, an Atlanta based development company focused on mixed-use new urbanist development, and a Dallas native. "And we've had the benefit of 25 years of watching it evolve. Addison's public spaces have exceeded expectation, and there've been many lessons learned from the project."

Some of the lessons learned Mr. Lomenick refers to include that developers first assumed the apartments on the edge of the large parks would have the lowest desirability because of the expected noise and disruption from various annual events in the park. However, those units became the most desired. Also, early design layouts of developments along mews—an alley or pedestrian walkway fronted by small dwellings—called for bedrooms to be closer to the public space and kitchens placed in the interior. Though the bedrooms were just high enough to be outside of public view for privacy reasons, the layouts were eventually shifted so that the bedrooms were in the interior and the living and kitchen spaces were towards the mews. This offered a gradient of privacy from the public mews to the semi-public living spaces and then finally the private bedrooms, which made the entire development more community-oriented and the bedrooms themselves quieter.

Since Addison Circle's completion, developers in the Dallas region have recognized the powerful impact suburban retrofit can have. Highland Park Village, a historic upscale shopping center in Dallas, is undergoing an extensive renovation to enhance its sense of place. Legacy Town Center, once a typical suburban business park similar to Addison, has transformed into a retail district and walkable neighborhood.

As more suburbs line up to establish economically and socially sustainable developments, each one has Addison Circle to thank for its early efforts. 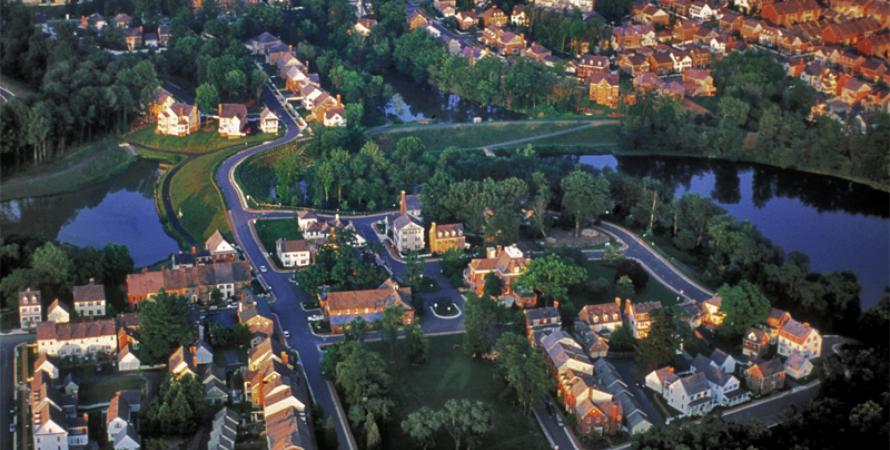 Built over 30 years ago, the Kentlands neighborhood of Gaithersburg, Maryland, was designed to be one of the first New Urbanist towns in America. 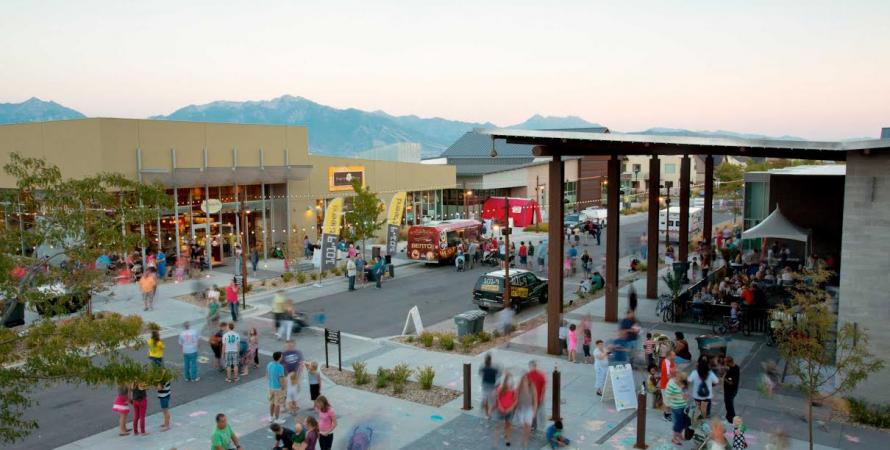 One of the more visible outcomes of Envision Utah, an influential public-private initiative that is guiding the state's land-use and transportation, South Jordan, Utah’s Daybreak stands as one of the largest traditional neighborhood development in 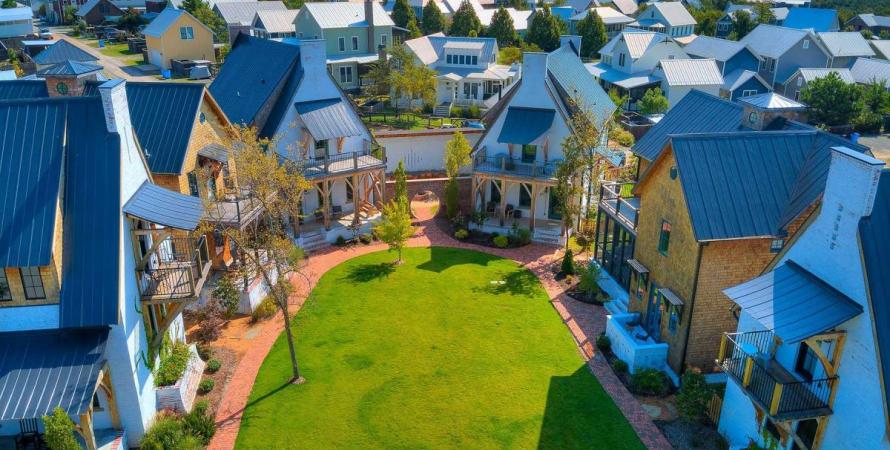 Carlton Landing is the first new urban town in the US to be legally incorporated, an important milestone.