What was once a center for progressive farming techniques in the Southeast is now a progressive New Urban development. Its traditional architecture and emphasis on walkability and public space sets it apart from other new developments in Greater Louisville. Not only has the development been successful in challenging common design norms, it's even spurred a unique partnership between the local public school system and the YMCA, resulting in shared facilities which saved money and strengthened the importance of place within the community.

In 1948, George Norton, one of Kentucky's richest and most technologically progressive men, bought into the fledgling television broadcast industry and created Kentucky's first television station, WAVE-TV. Seven years later, Norton combined his love of farming with his new television station by starting the FARM program which was the only program for a station's own farm in the country. His WAVE Farm was known as a Southeastern hub for learning new farming techniques. "On the farm, Mr. Norton used to host farming shows that introduced best practices and progressive farming ideas to Kentucky," David Tomes, a founder of Norton Commons said, "It was that progressive spirit that brought us Norton Commons."

Located 13 miles from downtown Louisville, on a 595 acre site, Norton Commons now stands where the WAVE Farm once was. Norton's daughter, Mary Norton Shands, became an heir to the farm after Mr. Norton passed away, and when the Norton Trust decided to sell the farm, she didn't want to see it turned into just another suburban subdivision like other farms around her.

Mr. Tomes is well-respected in Louisville development and environmental circles, and in the 1980s and early 1990s he had a growing interest in this fledgling idea called New Urbanism. He and his partners met with Mrs. Shands to discuss New Urbanism and the potential for the WAVE Farm. Tomes explained that this was the opportunity to repurpose the farm to showcase progressive development. "It was the only idea for the farm that she and her neighbors didn't balk at," Mr. Tomes said, "And the design charrette, led by Andres Duany and DPZ & Company helped to build that support among the neighbors." Enthralled with the idea, Mrs. Shands agreed that the Norton Trust should sell the property to foster this new idea. She and the Norton Trust also agreed to sell the farm in phases to make the project more financially viable, and "and the Trust remained in the transaction as an equity partner.

The development features 150 acres of land devoted solely to parks and civic spaces. This was intentional as they wanted to imitate the beautiful Frederick Law Olmsted-designed neighborhoods of Louisville. Norton Commons is approved for 2,880 dwelling units, and as of 2017 is halfway to that number.

During the Great Recession, Norton Commons was the only project in a multi-state area to do well. Though sales did slow slightly, they remained firm and market share actually increased because of what Mr. Tomes called "dumb country boy luck." While deciding how to finance Norton Commons, the founders opted for an equity financing group of partners. This provided Norton Commons a security that allowed it to weather that storm. Norton Commons also was fortunate to have several large civic building projects and office buildings underway during this time. Further, Norton Commons was able to attract the 2011 Louisville Homearama, the major home-building show in the region. The added publicity from the Homearama brought roughly 50,000 visitors, which allowed for two blocks of beautiful homes and public spaces to be built during the downturn.

Since then, Norton Commons has only grown. It has recently opened a unique public elementary school that shares facilities with a YMCA, one of only a few in the country to have such a partnership. This partnership not only allowed both entities to expand their programming with local children, it cut costs and provided a greater sense of place for the community. The development also features a Catholic school and church.

When asked about what excited him about living in and working on Norton Commons, Tomes said:

"At almost 74, what gets me excited is that I hear every day from our residents here that this is the best place [they've] ever lived. Norton Commons changes the way people live. It's great to see people and their kids walking out in the neighborhood. And I've been amazed at the amount of retail we have in place at this stage of our development. In part, this was because as soon as we developed the village square, we began to have civic events even though there were no buildings around it. We got people to come experience Norton Commons and civic life. This was a big part of us becoming a regional attraction."

Currently the North Village is under development where there will be another Town Center. This Town Center is being designed with apartments and structural parking. The Hamlet, in Oldham County, is also beginning. 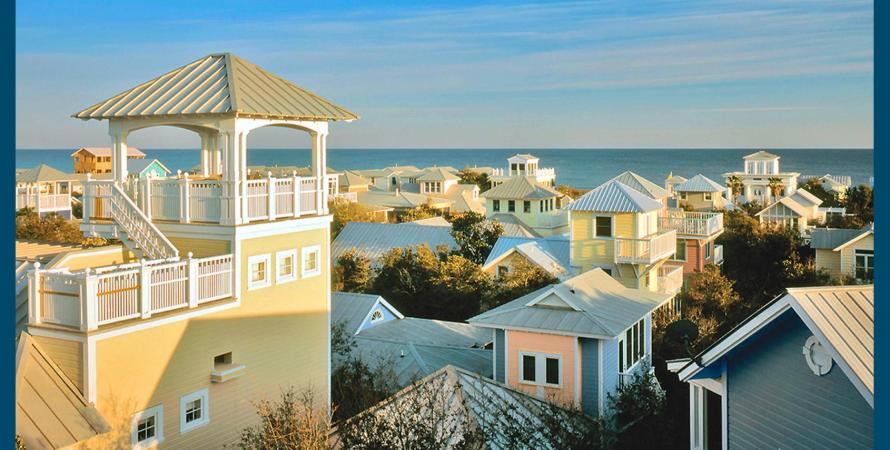 In 1946, J.S. Smolian bought 80 acres of land along the Florida Gulf Coast with the dream of developing the land into a summer camp. Though his dream was never realized, he vacationed on this land every year with his family. 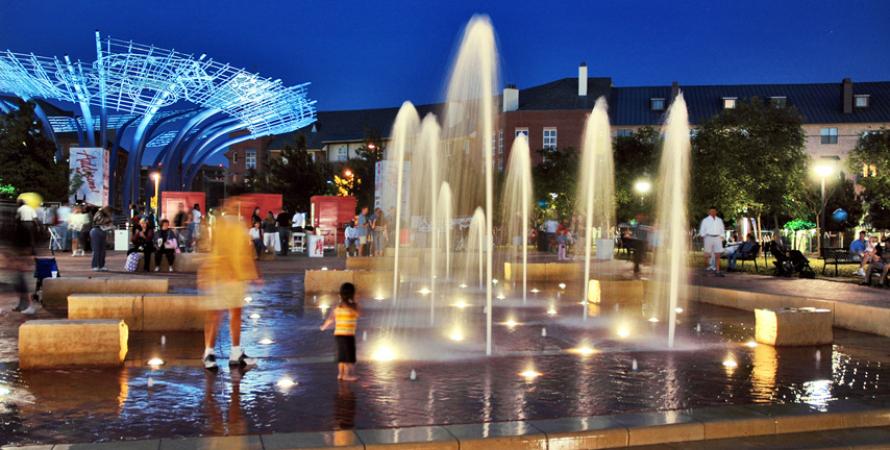 In the early 1990s, Addison, Texas community officials identified the lack of a coherent core as a major inhibitor to sustainable town growth.