For Trenton, New Jersey, only one thing stands in the way of connecting the downtown core to the scenic Delaware River waterfront: Route 29, an underutilized four-lane highway carrying through-traffic at high speeds.

In the 1950s, the northern section of Route 29 was converted to a limited-access, four-lane highway along the Delaware River, speeding traffic from the expanding suburban fringe through downtown Trenton directly to state facilities near the waterfront. The highway’s construction eclipsed a small riverfront street in the downtown, replaced a working canal adjacent to downtown, and destroyed the city-owned Stacy Park. The roadway sits almost exclusively on a 100-year flood plain. 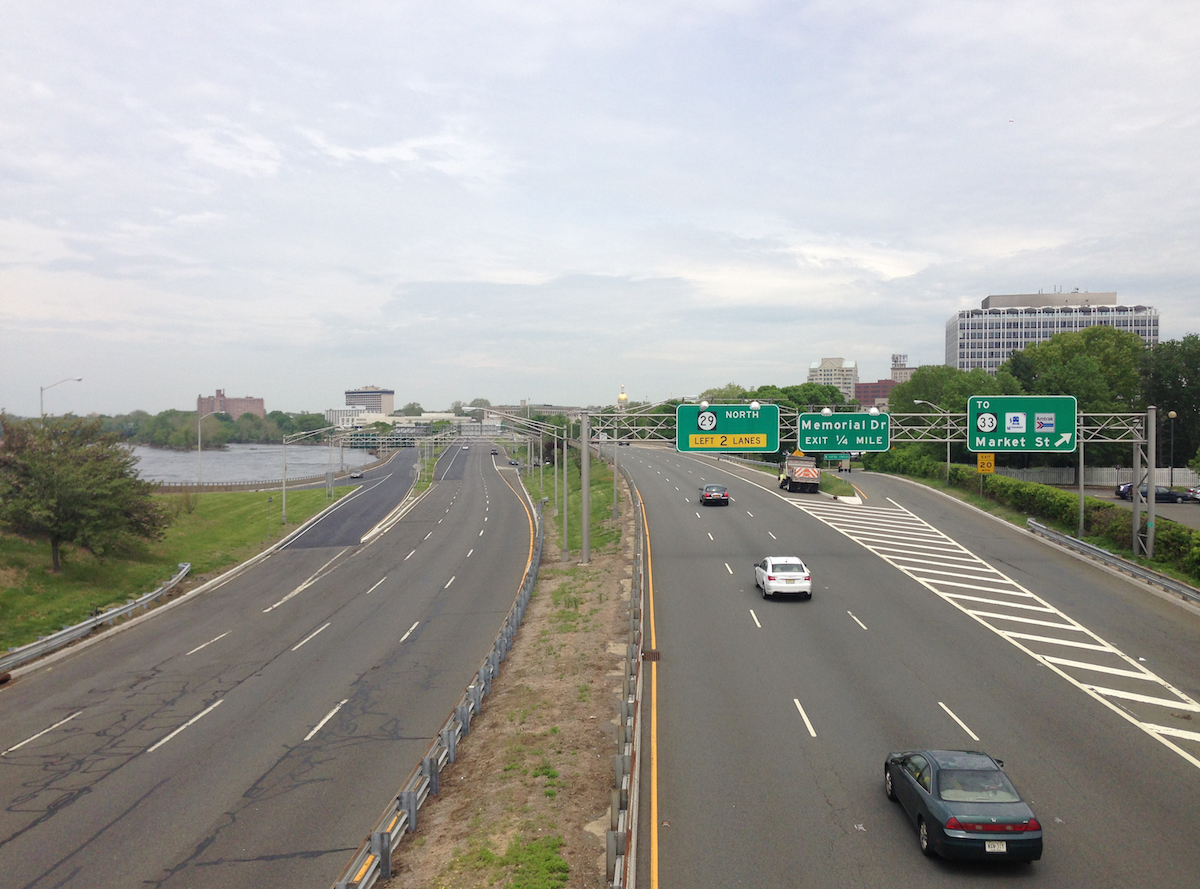 Calls for the removal of Route 29, which has severed connectivity and destroyed residential communities, date back to the 1988 Capitol City Renaissance plan. By the mid-2000s, the City and the New Jersey Department of Transportation had studied a boulevard replacement idea extensively, and momentum was growing.

In 2005, the “Boulevard Study” showed that a surface street, intersected with the city grid, would improve access to the river and reclaim 18 acres of prime developable real estate. Pulling the boulevard alignment away from the river’s edge and partially rerouting it through adjacent surface parking lots was explored, and this eventually became the preferred alternative due to ease and lower costs of construction, better views of the capital buildings, and more developable land closer to the river. That plan includes a connected park system, a route to extend the River Line Light Rail, and a trail network.

In 2009, “the City of Trenton signed a memorandum of understanding (MOU) with virtually every county, regional, and state agency that has a say in the roadway’s future. The MOU expresses the commitment of the agencies to replace Route 29 with a boulevard and waterfront park that will promote development and create better pedestrian and car linkages between the waterfront and the rest of the city” but the plan languished when developer interest dried up following the 2008 global economic recession.

Fortunately, the plan is still alive. In July 2016, the Delaware Valley Regional Planning Commission (DVRPC) issued a $100,000 grant to Trenton’s Downtown Trenton Waterfront Reclamation Redevelopment Project. According to NJ.com, about the project, “Route 29 could be rebuilt as an urban boulevard and surface parking lots will be replaced by pedestrian-oriented, mixed-use development. Funding will be used to identify studies, review FEMA regulations, and develop a market analysis and promotional materials for the project.” In total, the plan could contribute $2.25 billion to the City’s economy while improving access to the river, bicycle and pedestrian connections, vehicular circulation, and traffic safety. Environmental benefits include the restoration of the Assunpink Creek and better stormwater management to reduce the severe flooding problems in the area.

A surface boulevard replacement for Route 29 could lay the groundwork for a vibrant, connected new waterfront neighborhood, all while allowing for environmental restoration and innovative stormwater management. Today, the plan to convert Route 29 is a major tenet of Trenton250, the City’s latest long-range Comprehensive Master Plan.

Yet for now, limited local and state funding mean the boulevard conversion is put on hold, while the post-industrial city looks to revitalize is waterfront and neighborhoods, attracting new development where factories once stood, hoping, despite the visible separation between the downtown and the waterfront, investors will see downtown Trenton’s potential.

Waterfront Reclamation and Redevelopment Project By Trenton250
Route 29 in Trenton is one of America’s worst urban freeways By Sulaiman Abdur-Rahman, January 2017
10 Urban Freeways That Need to Come Down By Angie Schmitt, January 2017