I-345 is the official name of a 1.4 mile elevated freeway running between downtown Dallas and the adjacent neighborhood of Deep Ellum. The freeway was built in 1973 to connect the Woodall Rogers Freeway to I-30. On the northeast side of the freeway lies Deep Ellum, one of Dallas's most important historical neighborhoods, known for being among the first commercial districts for African-Americans and European immigrants and housing the city's largest collection of commercial storefronts since the early 1900s, including one of Henry Ford's earliest automobile plants in 1914. The historic Union Bankers Trust Building was designed by an early African-American architect, Booker T. Washington, and housed some of Dallas's first African-American doctors, dentists, and lawyers. This building became a cultural hub for the African-American community until the mid 1900s.

Deep Ellum was also a hotbed for the jazz and blues music scene in Dallas all the way into the 1950s, hosting several nightclubs, cafes, and domino parlors. Shortly after the middle of the 20th century, the popularity of the automobile led to the removal of the local rail and streetcar lines in order to build the Central Expressway which cut right through the center of this vibrant neighborhood and cutting it off from Dallas's downtown. By the 1970's, most of the inhabitants had moved to suburbs, few businesses remained open and music was hard to find.

This expressway is now at the end of its 40-year design lifespan and is in need of considerable maintenance. It has been repaired several times in the past 12 years, including 487 fatigue cracks and spot welds. Since it is heavily trafficked with 200,000 cars trips each weekday (in 2014), the future of this expressway is of great interest to many in Dallas.

Knowing the structure was old and failing, an opposition formed to act preemptively, suggesting an alternative plan to recontructing the freeway. A New Dallas, started by locals Patrick Kennedy and Brandon Hancock, put together a compelling case for I-345’s complete removal, reuniting downtown Dallas with Deep Ellum and opening up 245 acres of underutilized land adjacent the freeway for more walkable, transit-focused development. The pair put together an independent study focusing on other factors beyond speed of traffic, such as economic development, investment, job creation, and improved housing and neighborhood options near transit, particularly for affordable housing. A New Dallas sees enormous economic benefits to this approach and are gaining followers by the day, even grabbing national attention for the efforts.

TxDOT is concerned about the poor structural health of the freeway and is looking at replacing or reconstructing it. Their 2012 Feasibility Study did not include a removal option at first. Now, TxDOT appears to be warming to the idea of removal, pending a traffic study and further analysis. More importantly, it is willing to let the City of Dallas decided the fate of the structure.

With the June 2016 release of their “CityMAP” plan for urban highways in central Dallas [PDF], TxDOT has recommitted itself to “integrated solutions reflecting statewide, regional and local shared goals that seek a balance for mobility, livability and economic development.” The report indicates that TxDOT is seriously considering a highway teardown for I-345 to make way for walkable development. TxDOT considers how tearing down the 20-lane highway and replacing it with an at-grade, six-lane road would reduce traffic congestion and increase opportunities for urban housing, which could lessen the need for people to drive on highways in the first place.

Top photos: Dallas, 1953 and 2013.Source: The Institute for Quality Communities - University of Oklahoma 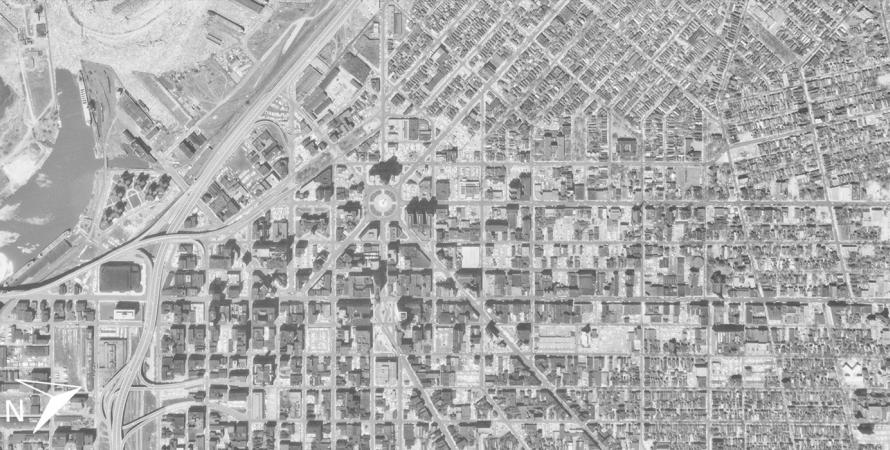 Buffalo is a waterfront city with a deep history along the shores of Lake Erie. With more than half of the city's waterfront left vacant, the potential for revitalization is immense. 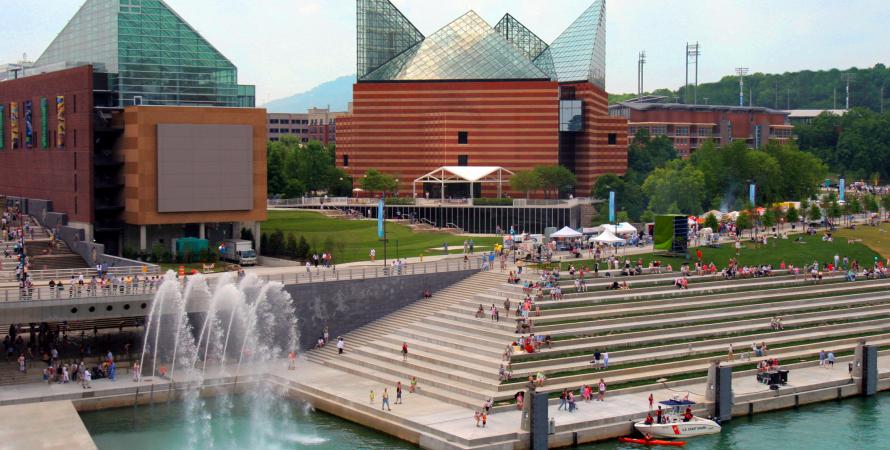 The Riverfront Parkway in Chattanooga, Tennessee, once conceived as a waterfront freight route quickly became a physical barrier to the city’s riverfront.