Slated to have its eight phases of construction complete in 2018, Heart of Lake is a New Urbanist community being built from the ground-up in the temperate coastal city of Xiamen, China. One of the four “Special Economic Zones” opened to foreign investment and trade during China’s economic reform of the early 1980s, Xiamen boasts rich socioeconomic diversity among its 3.5 million inhabitants. As with most developed cities in China, the struggle to create prosperous new communities in Xiamen without exhausting the supply of land is an ever-present battle, especially for a metropolis built on an island.

Heart of Lake aspires to pack nearly 5,700 residential units into its 25 acres, proportionally dispersed among high-rise, mid-rise, and low-rise complexes, as well as townhouses and villas. The jury expressed concern about the elite nature of a “private” community, but the wide range of housing types and price levels seem to counteract that concern.

Juror Elizabeth Plater-Zyberk noted that Heart of Lake “was executed with extreme skill, producing a beautiful project that refers to regional, historical architecture and garden design.” Environmental responsibility is central to the plan; the wealth of landscaped public parks are arranged to capture breezes from the northwest to combat the heat and humidity of the local climate. Natural light is maximized for all living spaces and gardens by staggering the tall towers on the east side of the site, preventing long afternoon shadows. The neighborhood is built adjacent to an elevated urban transit system, which currently provides bus service and will in future provide train service.

One of the most unique features of the plan is its waterfront park, which will wrap entirely around its shore, providing a vast and aesthetically pleasing edge to the community and a common destination for all of its grid-oriented streets. Another interesting element is its forward-thinking approach to underground parking and decongestion of residential roads. Vehicular traffic coming into the city will proceed over bridges and descend ramps into underground parking complexes that will mirror street patterns above. Residents or visitors will then be able to take elevators or stairs up to ground level, where all streets will be pedestrian and bicycle-oriented.

The buildings share a common vocabulary, utilizing a palette of locally sourced granite and stone. Consistent architectural vernacular and detailing will establish unity within variety, allowing buildings of various scales to enjoy a common character, and provide residents with a sense of individuality within a community. Impressed with the project’s ambition, juror Cristóbal Valdez wrote, “The achievement of high density in this pedestrian garden city is a rare but intelligent sustainable solution, especially in China.” 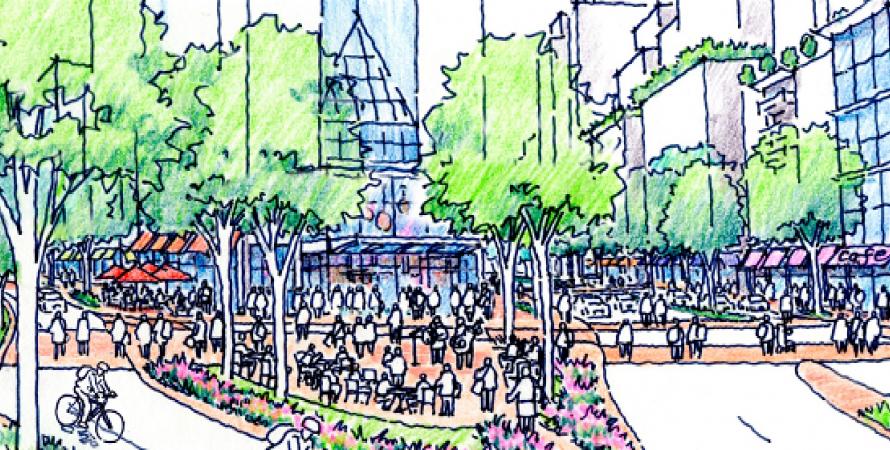 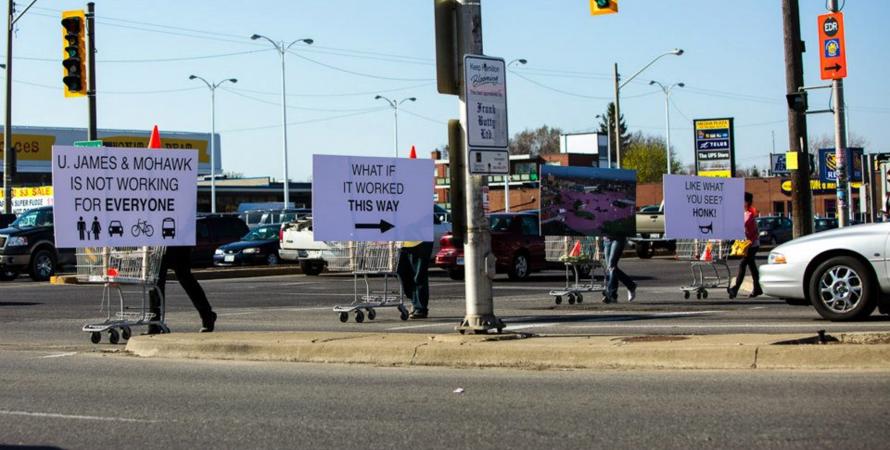 With a population of over half a million, Hamilton is the third largest metropolitan area in Ontario and the ninth largest in Canada. 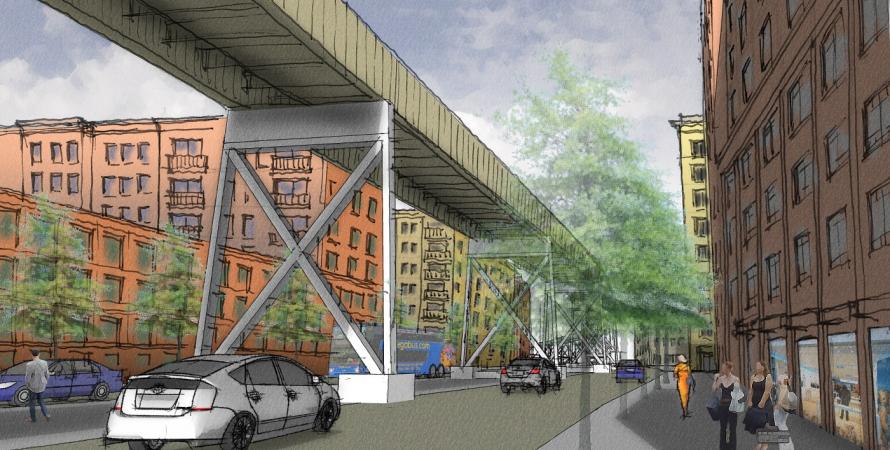 Getting to It and Getting Through It

Students at the University of Maryland were tasked with reimagining the west bank of the Schuylkill River in Philadelphia as a vibrant, mixed-use neighborhood, repairing the urban fabric in the process.