This 24,000-square-foot mixed-use building shows how to respect and enhance a 19th Century city while preparing for the impacts of climate change in the 21st Century. Hammetts Wharf took a hole in the urban fabric—a parking lot on Newport’s waterfront—and created an urban asset that connects the city to its historic lifeblood, the harbor.

The designers of Hammetts Wharf were challenged with placing the building between a downtown street and the water, on a site where regulations and the prospect of rising seas meant that the building would have to be raised. That problem was be turned into an asset, improving the pedestrian experience in front while creating a new public space and connection to a waterfront path. The parking and service elements of the building were subordinated on the water side, nearly hidden from view. The building could have been privatized, but its center and sides were designed to support an strong public realm.

“It is our belief that a great hotel can be a force for good in a community, and an important way for people to connect, both to the place and to the experience,” notes Sarah Eustis, CEO of Main Street Hospitality, owner of Hammetts Hotel, which anchors Hammetts Wharf.

Over the course of a multiyear design process, the developer and architects placed the neighborhood, community, and public space first—on the principle that a shared experience is more enriching than a private one.

The first task, to create an inviting entrance of a raised building, involved setting the building back (losing some square footage) to widen the sidewalk and build attractive steps and a ramp—for disabled access—leading to the hotel entrance and street-facing retail space. The façade, constructed of regionally sourced bricks and stone, responds to a formal historic mill building and post office on two sides of the site.

The façade was made more human-scale with an elegant archway that leads to a 6,500 square foot public space overlooking the water, flanked by seating and outdoor restaurant space. The courtyard is designed not just as a hotel amenity, but as a civic space. This central way, facing the sunset, is how the building makes the public connection to the harbor. Steps lead down to the harbor and a public pathway. Parking is placed under the building at the waterfront level. Inside Hammetts Wharf, an indoor gallery features local artists.

The whole sequence is lined with activated commercial storefronts and a restaurant. These spaces are open to the public, not restricted to paying guests—nearly half of the ground floor area of Hammetts Wharf is dedicated to the pedestrian experience.

The project also demonstrates a strong commitment to the environment. Despite fairly intense development of the one-acre site, a modern bio-retention system and native plantings ensure that the water that flows into the bay will be clean. Hammetts Wharf also shows a commitment to the future of historic urban places. Rather than retreating from the waterfront, the project models how an urban building can be resilient to the impacts of climate change, promoting a culture of permanence and commitment to the hard-won city building achievements of the past. Hammetts Wharf responds to sea level rise while improving the existing built environment. 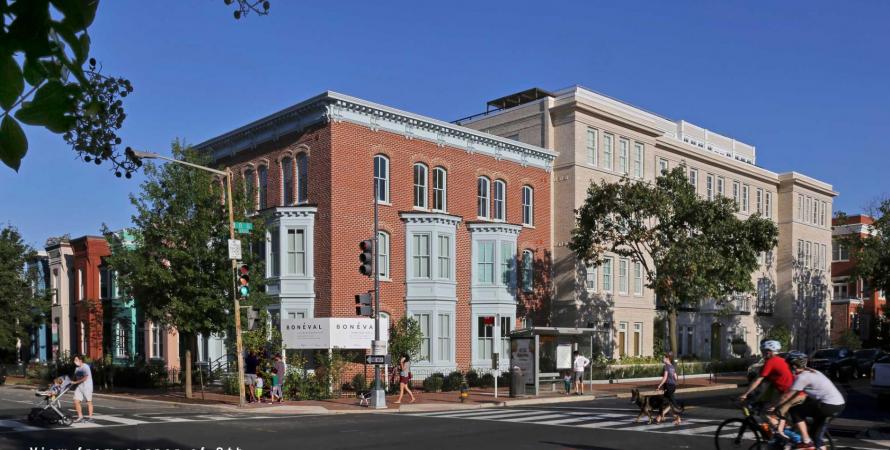 The elegant Bonéval, a mid-sized condominium building designed in two parts, fits perfectly into the surrounding, historic, Capitol Hill neighborhood of the District of Columbia. 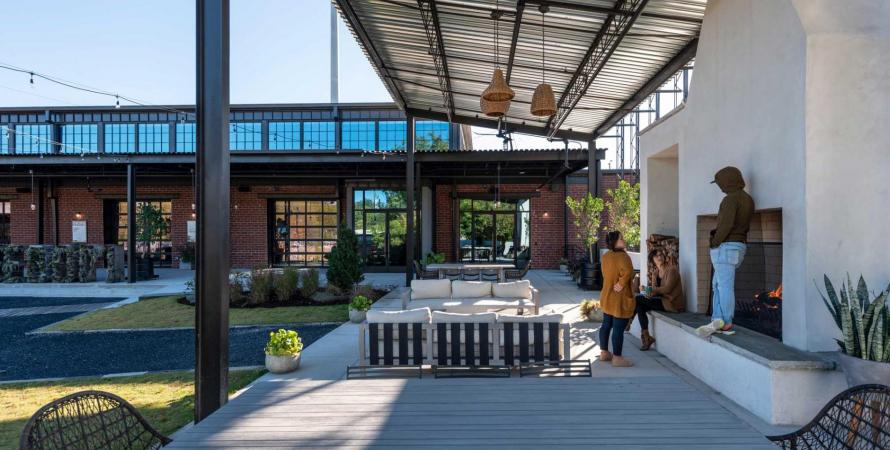 Grace Midtown Church is a growing, young, nontraditional church that has reimagined both its worship space and how the church relates physically to the city.