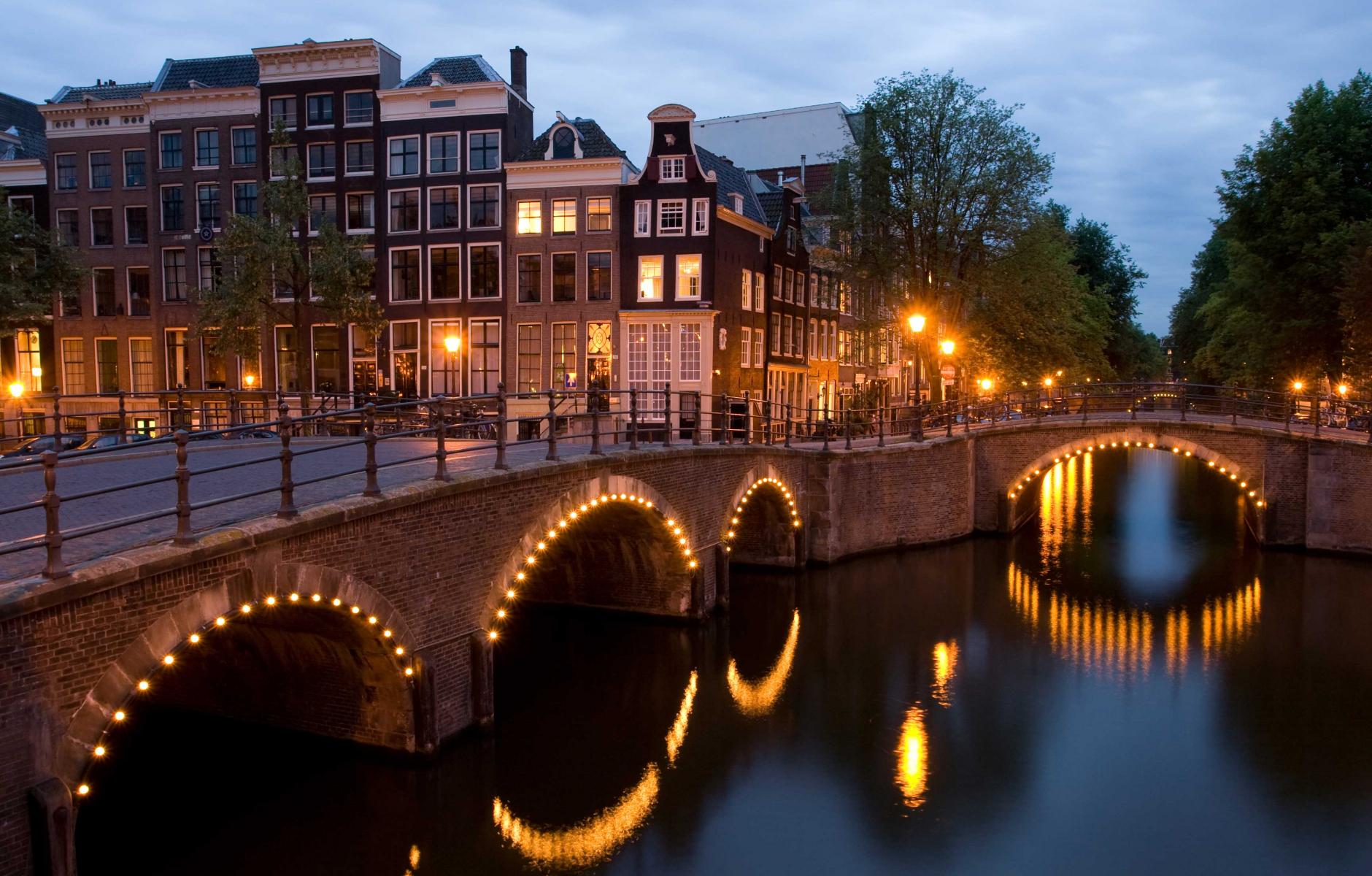 Urban planning and design are among the most effective tools in dealing with climate change, because they address both mitigation and adaptation. Mitigation is global in scale—it involves the reduction of carbon emissions that are linked to rising global temperatures. Communities can lower emissions in many ways—including using the principles of New Urbanism to reduce the need for motor vehicle travel.

Adaptation is local. The forms and combinations of adaptation are as varied as local communities themselves. The impacts of adapting manifest relatively quickly. With adaptation, communities can take control of their own destinies to a degree.

Behavior. New Urbanism’s contribution to mitigation largely involves the influence of behavior. Urban design in the form of walkable communities allows for significant reduction in carbon emissions from transportation. The transportation sector may make up as much as 40 percent of mitigation at the community level, according to Elizabeth Plater-Zyberk of DPZ CoDesign. Urban design can also impact housing choice, enabling people to choose smaller and/or attached housing types in exchange for neighborhood amenities. Smaller, attached housing uses less energy. Urban design strategies may also reduce the need for air conditioning, a significant source of carbon emissions.

Other mitigation. Urban trees exemplify a carbon sink, and planting more of them is a mitigation strategy that can be promoted by urban design.

CNU co-founder Plater-Zyberk describes four phases of community adaptation in a recent On the Park Bench webinar: fortify and defend; accommodate; retreat; and clean-up. Based on other sources and my own research, the following section expands on those categories.

Fortify and defend. The Netherlands has been living with the threat of coastal floods for centuries. Large, heavily populated areas, including Amsterdam, are below sea level. The Dutch have long built dikes and, in the last century, more comprehensive civil engineering works, to protect against the sea.

Compact urban places are more practical to fortify against rising seas, because levees and seawalls can be built that are hard to economically justify for low-density regions. The urban design firm Dover Kohl worked with Jean Lafitte, a very low-lying town south of New Orleans, Louisiana, to plan for the densification of a one-square-mile “heart of town” that was afterwards protected by a new levee. The municipality had been unsuccessful in procuring funds to build a much larger levee around the entire town, but the “heart of town” concept enabled action to be taken. (It also won a 2014 CNU Charter Award.)

Miami Beach, another example, has been raising streets that are prone to “sunny day flooding.” Although this measure is likely to only buy the city four or five decades of protection, officials and citizens may use that window of time to pursue other adaptation strategies, such as raising buildings and seawalls.

Accommodate. Cities may accommodate some impacts of climate change through a number of urban design measures. One of the simplest is just to plant trees, which reduce episodes of extreme heat. The cooling impact of a single healthy tree through evaporation and shade “is equivalent to ten room-size air conditioners operating 24 hours a day,” according to the US Department of Agriculture. Similarly, light colored roofs and asphalt reduce the impacts of summer heat waves in cities, explains Doug Kelbaugh in The Urban Fix.

Designing for small groups of households with social connections, like “pocket neighborhoods,” may also build resilience to climate change. In Heat Wave: A Social Autopsy of Disaster in Chicago, Eric Klinenberg showed how a neighborhood with stronger social ties reduced mortality during an extreme heat event in 1995. The rate of death in the Englewood neighborhood was eleven times that of nearby Auburn-Gresham.

Buildings, streets, and public spaces may be designed to accommodate flooding with less damage. Venice, Italy, has been using that strategy for a long time. In the most flood-prone areas, the first floor of buildings may be built to periodically “take a bath.”

Retreat. Throughout history, people have always moved away from danger, Plater-Zyberk notes. They will do so in response to the storms, fires, floods, and heat of climate change. The migration may happen quickly, such as around the time of a hurricane, or over decades. Matt Lambert of DPZ CoDesign describes three categories of climate change migrants: The able and aware, the affluent and ignorant, and the refugee. The first category will see what is coming and sell before housing values drop; the second will move when they are forced to for economic reasons, but have the means and choices to land on their feet; and the third will respond to catastrophe with little or no choice.

The migration process will affect growth and demographics across the US for generations, and urban designers can shape that process. People will move from front-line cities that are most impacted by climate change to “receiver cities” that are safer. Receiver cities may include historic cities or new towns, and may be relatively close to the front-line cities (at higher elevations or otherwise advantageous locations), or in another part of the US (like Rust Belt cities of the Northeast).

This migration has already begun. In his recent book, The Climate Planner, author Jason King offers a number of examples. King is a principal with Dover Kohl, and the urban design firm created a plan and a form-based code for Hammond, Louisiana, in the years following Hurricane Katrina. Hammond, which is 45 miles northwest of New Orleans, grew rapidly for several years due to migration from New Orleans. Dover Kohl’s plan addressed how Hammond could grow sustainably by repopulating the downtown, adding “missing middle” housing to neighborhoods, and transforming suburban commercial areas to mixed-use. The plan has changed the form of growth in Hammond, a town that is better prepared for a future role as a receiver city.

Some greenfield growth will take place, and that also requires more sustainable planning. The 3,400-acre Newfield, in Martin County, Florida, is being developed by Knight Kiplinger, head of the Kiplinger Media company. Ten miles from Florida’s vulnerable southeast coast, Newfield averages 26 feet above sea level, which means that residents will not have to evacuate except during the worst storms. Newfield is designed on the model of the 15-minute city, with daily and weekly needs, including employment, within a 15-minute walk or bicycle ride.

“Climate migration presents an opportunity to change patterns of development and correct issues of social isolation, increased disease, and re-balance economic systems to benefit a society more broadly,” notes Lambert in an essay. “To extract social benefit from this environmental tragedy, we must return to responsible regional planning before major migration begins. Should we take the normal route and wait, current patterns will continue, perpetuating growing metropoles and mega-regions.”

Clean-up. The final stage, clean-up, is mostly a technical, rather than urban design, issue. Plater-Zyberk does not elaborate on this phase, other than to say that it will be necessary.

Block, street, and building. I mentioned some ways that building and street design can respond to climate change, e.g., raising foundations or designing to accommodate flooding. On the block scale, pocket neighborhoods may use social connection as a form of resilience.

Neighborhood. Programs that address climate change in every neighborhood of a city may mean that disinvested neighborhoods get special attention. Philadelphia, for example, has a goal of 30 percent tree canopy in every neighborhood. Neighborhoods that have been long disinvested tend to have lower tree canopy levels. Urban planner Donald Shoup proposes a practical means to enhance tree canopy over time. “Cities can require property owners to plant any missing street tree in front of their property when they sell the property. Because the rate of property sales is uniform throughout most cities, this policy would lead to a uniform rate of tree planting in all neighborhoods and thus improve equity in the tree canopy.” Such a policy could be combined with a program to help elderly and lower-income property sellers.

The work of Klinenberg shows that social connections are important on the neighborhood scale. New urbanists have long focused on designing for the infrastructure of neighborhood cohesion. That may be critical for long-term resilience.

Region. Both the metropolitan region and national regions will be important in climate change planning. A section of The Climate Planner summarizes potential impacts by US regions, which have unique and specific vulnerabilities. The Southwest and Great Plains are prone to drought and water supply vulnerability. The Pacific region, particularly California, is prone to wildfires. Coastal areas along the east and Gulf Coast, are subject to hurricanes. Many regions could experience increased inland flooding during storms.

There are finer-grained implications in all of the regions. As King’s book points out, every region will have more or less safe areas. Regional planning in this era begins with identifying better and worse locations. The wildfire risk in the West is concentrated in the wildland-urban interface. The greatest risk in Eastern coastal areas is below 10 feet in elevation and within a few miles of the coast. Away from the coast, the flooding risk is concentrated in 100-year flood zones.

The Transect has implications for both mitigation and adaptation. More urban Transect zones save energy per person because residents tend to drive less and share walls that reduce energy consumption.

Downtowns also tend to be less susceptible to some kinds of disasters associated with climate, such as wildfires. Their density means that they can be fortified against storms and flooding. But environmental regulations need to be tailored to these locations. There is little room in high density areas to provide a lot of space for individual trees, and yet trees still grow. In higher Transect zones, cities could trust in the tenacity of trees, and accept that they will create some problems in exchange for their tremendous benefits and resilience that they offer.

Climate change is one of the greatest issues facing humanity. Urban designers cannot solve climate change, but they can help communities to better respond to it, Plater-Zyberk explains. As King notes in his book, subtitled “Overcoming Pushback Against Local Mitigation and Adaptation Plans,” urban designers must navigate tricky political waters while influencing those responses. As long-time reformers of the built environment, New Urbanists are accustomed to that challenge.