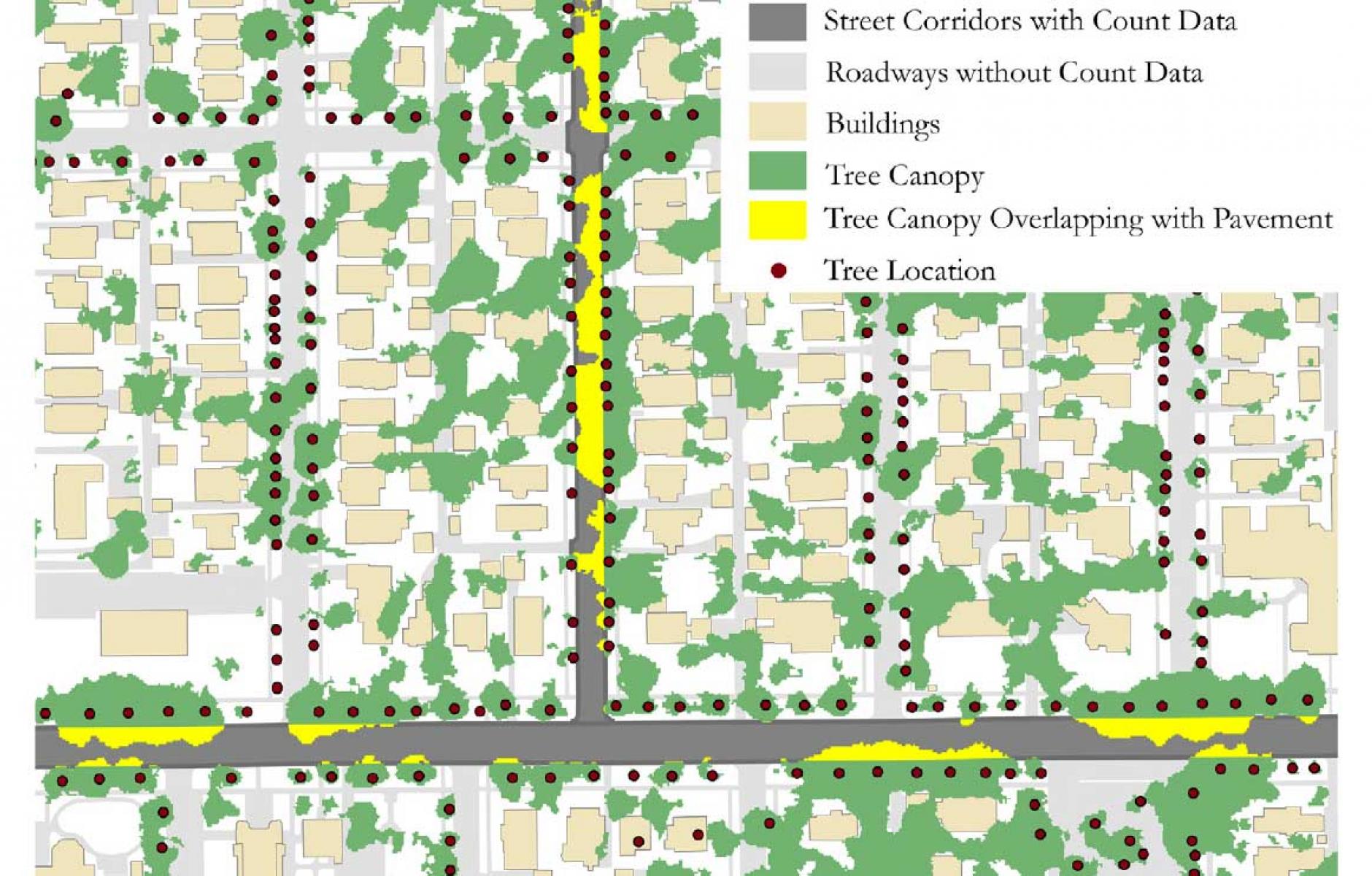 Tree canopies make us safe; Here’s how to grow them throughout cities

A few days ago, I explained how planting street trees adapts to and mitigates climate change. Trees also bestow health, safety, and economic benefits. In other words: they are a “wonder drug” for cities.

Trees are low tech, and are adored across the political spectrum. They can be planted through top down, government programs, or through bottom-up efforts of individual citizens. Trees require maintenance, and yet they have a “sneaky tenacity,” as someone recently told me in an email. They grow and thrive where they are not supposed to.

All this should point to an easy solution: Plant more trees. Many cities are doing just that. Yet the outlook for urban trees is far more complicated than that. The evidence suggests that we are losing urban tree canopy steadily, and bureaucratic forces are arrayed against street trees.

In response to my article, I received two responses from academic experts that deserve attention. One presents a study on street trees and traffic safety, and the other is a policy program that cities could adopt to boost the tree canopy at little government cost.

University of Colorado Denver researchers looked into traffic safety and tree canopy to examine the traffic engineering concept of the “clear zone,” which has long maintained that street trees are hazardous to motorists. Tree canopies over streets (see image at top) indicate large trees close to thoroughfares with branches that overhang the travel lanes. The study found that “increased tree canopy coverage was significantly associated with fewer crashes. This was the case when looking at both total crashes and segment-related crashes as well as when considering all crash severities or those that resulted in an injury or fatality.”

The 2018 findings by Marshall, Coppola, and Golembek should not surprise new urbanists, because they are consistent with a ton of research that shows narrower streets with objects near travel lanes like parked cars, trees, lampposts, or buildings, slow down traffic and makes drivers behave more cautiously. This study may be a first in specifically examining tree canopy and traffic safety, and it warrants attention given the importance of the canopy to climate change (both in cooling cities and storing carbon).

A policy proposal comes from Donald Shoup of UCLA, who needs no introduction for most readers as the author of The High Cost of Free Parking. Shoup recommends the following: “Cities can require property owners to plant any missing street tree in front of their property when they sell the property. Because the rate of property sales is uniform throughout most cities, this policy would lead to a uniform rate of tree planting in all neighborhoods and thus improve equity in the tree canopy.”

Shoup wrote about this idea for The Journal of the American Planning Association in 1996, and in an op-ed in The Los Angeles Times. Similar ordinances have been adopted for fixing sidewalks (more expensive than planting a tree). He adds that “a city can pay the cost of planting street trees when low-income residents sell their property, but most property owners are not low-income, especially when they cash out the equity in their property at sale.” The point-of-sale requirement would lead to a steady, citywide increase in tree canopy, he says, with all of the positive benefits that entails.

I will close by coming back to the Marshall study (Wes Marshall P.E. is a prolific researcher in the field of walkable streets). The authors include the follow anecdote:

In the popular-press book Traffic, Tom Vanderbilt highlights the 1908 story of Colonel Willoughby Verner, who had written a letter to his local newspaper about recently cutting back his hedges from the intersection near his home (Vanderbilt, 2008). At the request of the local Motor Union, Verner trimmed his hedges back nearly 30 yards and to a height of 4′. Much to his surprise, Verner found that vehicle speeds dramatically increased after the hedges had been cut back. When Verner discussed the issue with the police, they told him that people were now driving faster because they could see around the corner and felt safe doing so at higher speeds. In response, Verner allowed the hedges to fill back in, and cars began to slow down.

There you have it. Evidence on the traffic-calming and safety benefits of vegetation near the roadway has been accumulating for more than a century. Every city should be planting street trees in every neighborhood, and maybe the point of sale policy is one way to make that happen.