WASHINGTON, DC – One of America’s most thoughtful urban leaders, Rick Cole, has been chosen as the next Executive Director of the Congress for the New Urbanism, the organization announced today.

“With cities and regions facing their greatest challenges in decades, CNU – and those whom CNU serves – couldn’t have a more thoughtful and dynamic person to lead us into the future,” said incoming CNU board chair Susan Henderson.

The organization, with more than 2600 members worldwide, provides resources, education, and technical assistance to create equitable, resilient places that people love. Convened three decades ago, CNU led the revolt against suburban sprawl, car dependence and socially and economically segregated neighborhoods. Today its members, including architects, urban designers, engineers, planners, developers, historic preservationists, small businesspeople, health professionals, government officials, and citizen activists are at the forefront of building more beautiful and sustainable places, revitalizing communities for the people who live in them and providing a range of housing and transportation choices for all. It holds the 29th Congress virtually May 19-21 this year and is slated to hold its 30th anniversary Congress in Oklahoma City next year.

“We are at a critical juncture,” said Henderson, “not only in our nation, but globally. With Rick’s experience and his commitment to planning for healthy, resilient communities that expand opportunities for all, we are confident he will help us carry the CNU mission into the future.”

As Mayor of Pasadena, California, Cole was among the first elected officials in the nation to embrace New Urbanism, leading an effort to rewrite the city’s General Plan to embrace timeless ways of building and target new, human-scale development around the coming of light rail transit. Later, as City Manager of Azusa, he spearheaded the first citywide form-based code in California, a new urbanist tool for producing high quality design. Cole also championed civic engagement, affordable housing, complete streets, green building, and community wellbeing as the City Manager of Ventura and then Santa Monica. As Deputy Mayor for Budget and Innovation for the City of Los Angeles, where he oversaw a $5 billion budget and secured a $3.2 million grant from Bloomberg Philanthropies to set up an “I-Team” to seek ways to maximize community reinvestment to benefit existing residents.

“This role is the culmination of my life’s work devoted to creating cities that work for everyone,” Cole said. “CNU rewrote the rules for urban planning and design in America. Now our challenge is to ensure that the benefits of people-centered design are widely shared in every city, town and suburb. Vibrant and prosperous places to live and work should be the birthright of every American. CNU is fighting to legalize walkable urbanism, support complete neighborhoods and design for climate change. We will take this urgent message to places that have too long been bypassed -- whether inner city neighborhoods ravaged by institutional racism, rust belt towns abandoned by disinvestment or rural communities struggling with poverty.”

Cole succeeds Lynn Richards, who led the CNU for seven years. She expanded the reach of the annual Congress, more than doubling attendance and working with underserved neighborhoods on Legacy projects to leave a lasting contribution. She launched the Project for Code Reform to revamp America’s inequitable and environmentally-damaging zoning practices. Richards steps down after working with the Board to complete CNU’s forward-looking strategic plan that Cole will be responsible for implementing. “I think Rick Cole is a great choice for CNU. He brings deep experience and love for New Urbanism and will continue to build on all our efforts” says Richards. 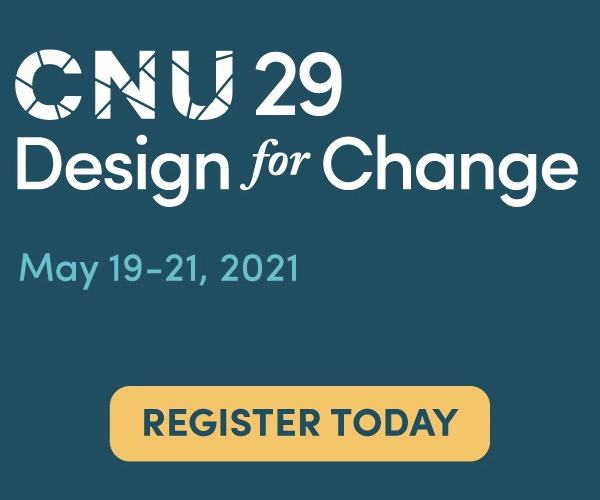