The redevelopment of the 711-acre former Mueller airport includes, as of 2020, more than 4,000 diverse living spaces, major employers, and a mixed-use town center. Mueller’s parks attract visitors from across the city. About 35 percent of the living units meet affordability standards, the result of a public-private partnership.

“Austin has been at forefront of sustainable design and green building,” says Jim Adams, who was principal at ROMA Design Group, which drew the master plan that won a Charter Award in 2001. Now with McCann Adams Studio, Adams lives in Mueller and has effectively served as town architect throughout the project. Austin was one of the first cities in the US to adopt a traditional neighborhood development (TND) ordinance, the forerunner of a form-based code, in 1997. Austin’s ordinance served as a model for other cities at the time. Starting in 1997, when ROMA was hired, the city saw Mueller as an opportunity to create a laboratory for TND and green building and change the pattern of sprawl that had long dominated development. The city sought sustainability, and affordable housing, and a project that would stand on its own financially. There would be no compromise on those three goals.

The surrounding neighborhoods, largely Latino and African-American, “formed a task force that promoted a responsible approach to redeveloping the airport,” he says. “They created a vision that was very rudimentary and mixed-use. During the master planning process, the neighborhoods were very involved. Without that support, even with the progressive approach of the city, it would never have happened.”

The plan evolved, and the block and street pattern allowed for flexible build-out. The current plan calls for 7,500 living spaces, substantially more than the original 4,500, plus about 5.5 million square feet of commercial, says Adams. “In terms of design, we established a resilient framework that allowed us to increase density almost two-fold without losing quality,” he says. “I think the density improved the quality of the place.” The town center became more compact and interesting, with structured parking and vertical mixed-use, while using the same block pattern and public spaces. 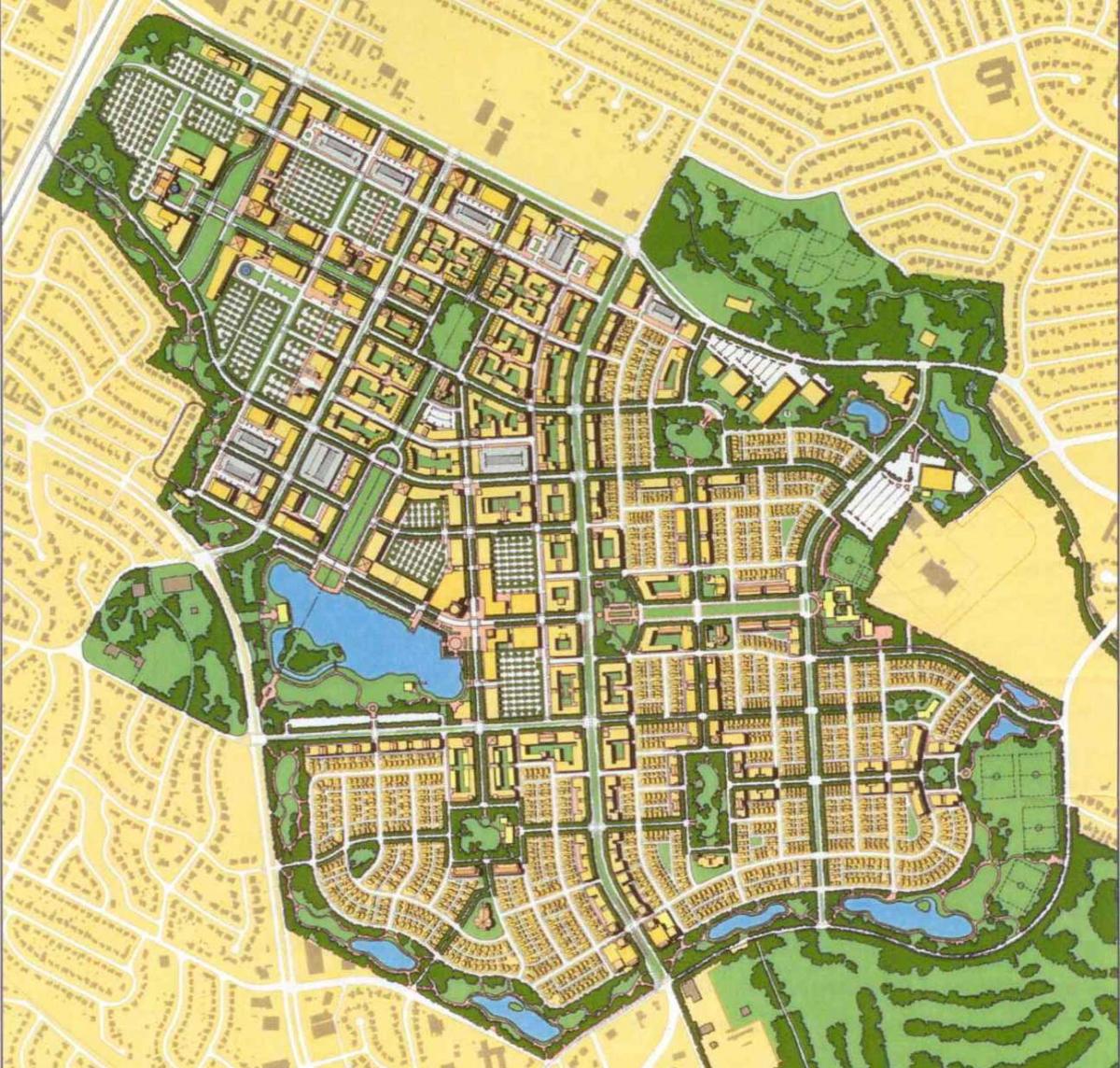