One of the largest brownfield developments in the United Kingdom has produced a sustainable town extension that meets the local community’s most urgent needs. The reuse of a military installation in Aldershot, England, known as “The Home of the British Army,” offers three vital assets: affordable housing in walkable and connected neighborhoods, protection of green space, and preservation of landmark buildings.

The development’s 3,850 dwellings will include 35 percent affordable housing in a range of carefully designed building types connected to two primary schools, day-care facilities, and a new mixed-use town center. The blocks, streets, and dwellings are creatively organized—governed by a code that ensures a strong sense of place.

The old military base was laid out on a rectangular grid, and that will be preserved—an unusual pattern in British towns. The grid will merge with existing residential thoroughfares in multiple locations.

The design team was careful to preserve the culture of the place. “Military barracks are by their nature closed, yet, through their connection with historical events, contain a wealth of memories and associations which are important to society as a whole,” note designers ADAM Urbanism.

The section of the base being redeveloped is adjacent to the old town and includes a parade ground lined with heritage buildings that forms a pivotal public place. “Particularly noteworthy among the historic buildings on site is a military hospital,” say the designers, “with its classical pedimented façade and flamboyant clock tower dominating the skyline on the top of the ridge.”

“So many former military facilities are simply scraped clean, but the designers have been careful to keep not only the best buildings, but also the best spaces and the core network, ensuring that the past informs the future community of Aldershot,” says Hank Dittmar, a London-based urban designer and Charter Awards jury member.

The town is surrounded by countryside, and the development will maintain the urban-rural edge by preserving 250 acres in parks and open land. Natural woodland, green playing fields, and mature tree plantings abound, making the site ideally suited to become a new sustainable residential development. 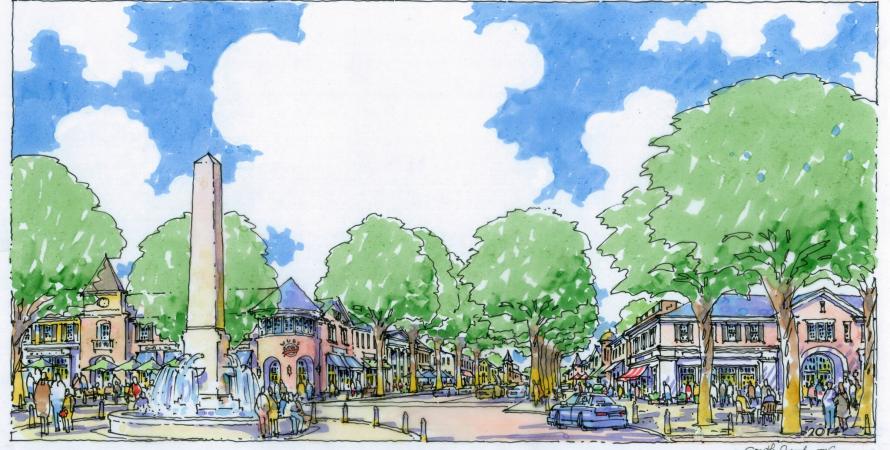 Created by the City of South Bend and the firm Torti Gallas and Partners, Arise sets the goal of using limited resources to create a visionary— yet immediately implementable—plan to revitalize 10 struggling neighborhoods on the west side of the sh 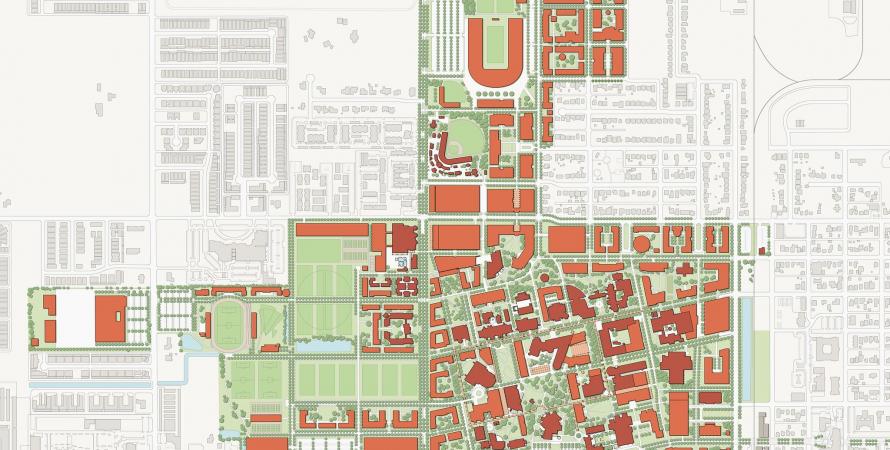 This master plan, designed for the University of Texas-Pan American, is far more ambitious than the typical campus plan.