On Friday, May 1, 2015, CNU announced the results of this year's member-led elections for three seats on the Board of Directors. CNU President and CEO Lynn Richards officially opened a meeting of the membership on April 29 as part of the 23rd annual Congress for the New Urbanism, and member voting closed on April 30 at 11:59p.m. The winners of the 2015 Board Elections are: 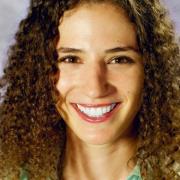 Eliza is the Director of Urbanism at Canin Associates in Orlando where she leads the Urban Design and Planning studio. Canin Associates’ multi-disciplinary team tackles master planned communities, infill, form-based codes, transportation design, and public sector planning. She led an effort that incorporated an urbanist approach to land use into the Long Range Transportation Plan for metro Orlando which has since been replicated in other area MPOs. 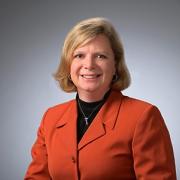 Sarah Lewis was born in Great Britain and moved to the U.S. during high school. She received a Bachelor of Architecture degree from the University of Tennessee, moved to Washington DC in 1988 to practice architecture, before realizing her true passion was urban design. She was President of the Washington DC Chapter since its inception in 2002 through 2012 and, for the past four years, has been the Chapter Coordinator to the National Board. She has taught architectural design studios at the University of Maryland and frequently teaches Management and Facilitation for the National Charrette Institute. Sarah previously served on the CNU Board as a Chapter representative.

Matthew Lewis, CNU-A, is a city planner that discovered the real truth to community based investment and economic prosperity. His ability to achieve community happiness and political balance has helped reshape the way cities look at development and community processes. Matthew has been the Development Services Director for two of the fastest growing cities in the nation and is now leading the City of Austin Urban Design and Comprehensive Planning Division. In these cities he was able to build new urbanist infrastructure at a uncanny rate.

Also joining the board were new members John Torti, Lee Sobel, and Lori Volk. Longtime CNU Board Members Doug Kelbaugh, John Massengale, Norman Garrick, and Steve Maun all completed their terms of service. Board Chairman Doug Farr and President/CEO Lynn Richards thanked and honored the outgoing members for their contributions at CNU 23.