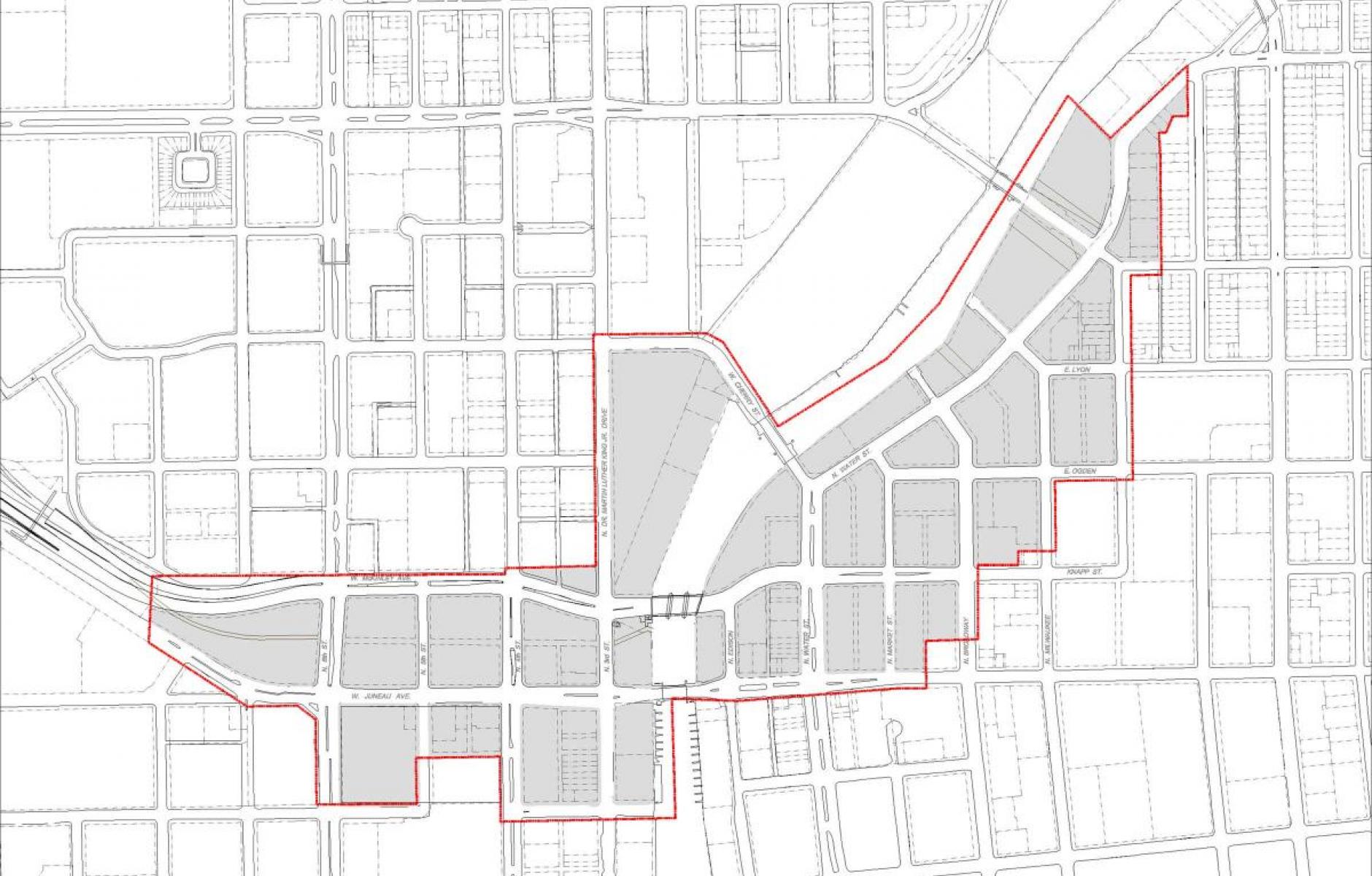 Milwaukee's Park East Corridor, on the national stage this summer, ultimately changed how the city views itself.
ROBERT STEUTEVILLE   &nbspJAN. 23, 2020

When it comes to in-city freeways, the road to hell is paved with good intentions. The Park East Freeway planners in Milwaukee during the 1960s were probably well-intended, but the price was destruction of neighborhoods. Residents stopped the freeway in mid-construction, one of many grassroots battles with the 20th Century highway juggernaut.

The mile-long spur, scheduled for reconstruction at the turn of the century, was instead torn down in an audacious plan spearheaded by the City that won a Charter Award in 2003. The plan and code, by the Planning & Design Institute (since acquired by GRAEF), has helped to inspire a movement of transforming unnecessary sections of freeways in cities. It marked one of the first times a freeway was removed without an earthquake or infrastructure failure.

“After a protracted battle with the Wisconsin Department of Transportation, the City won approval to destroy an urban freeway—the remnant of an abandoned 1960s transportation plan—and replace it with urban infill intended to rejuvenate the downtown,” CNU wrote at the time. Charter Awards juror and co-founder Dan Solomon added, “Taking down a freeway without help from an earthquake is remarkable.”

Park East has delivered a huge bang for the buck. For an investment of $25 million in federal money used to remove the freeway, plus tax increment financing to clean up the land and re-establish a street grid, the corridor has attracted $886 million in investment, with another $300 million on the way, the city told Public Square. The county reported that the project had more than $2 billion of “economic impact” as of April, 2019. The 24-acre corridor has become a magnet for corporate headquarters, the latest being The American Family Insurance Company, which announced in December a plan to rehabilitate the historic Mandel building and bring in 250 jobs from the suburbs—while creating 150 more jobs downtown.

The Park East Corridor will host the Democratic National Convention this summer—and that event would be held in some other city if not for the freeway teardown, says Larry Witzling of GRAEF. “A funny thing happened on the way to the 2020 DNC. The City demolished a freeway, proposed a plan, built out the district, transformed the City’s value, and changed the psyche of the community. Demolition of the freeway did more than increase land for redevelopment. It changed the how we view our City.”

“When the highway removal was first proposed, the fear was that this would lead to disinvestment in the city and [some wondered] ‘how would people to get to their jobs?’, says Peter Park, who led Milwaukee’s planning office at the time. “But, in fact, the removal of the freeway has been part of the urban renaissance.”

The city, and the Charter Award, look prescient now, yet the project was slow to take off in its first decade, partly due to jurisdictional issues. While the city—under then-Mayor John Norquist, later head of CNU—led the planning and infrastructure redesign, the land was owned by the County of Milwaukee. The city had the most invested in Park East, yet played second fiddle to the county—which didn’t place a high priority on the redevelopment in the early years.

That slowed down implementation, and then the Great Recession hit—relatively early in the life cycle of the project. Several years passed before the market was strong enough to develop a dead zone that hadn’t seen much investment in decades. In the meantime, some critics claimed the plan was a failure.

Even during the slow period, interesting projects were built at the edges of the corridor. These included: the Flatiron Condominiums, a striking five-story building; the redevelopment of a large old riverfront tannery parcel; the nearby relocation of the headquarters of Manpower Inc., a Fortune 500 company; an ALoft Hotel; and the Moderne mixed-use tower, a pioneering project in the part of the corridor west of the Milwaukee River.

In 2011, newly elected County Executive Chris Abele made it a priority to complete the redevelopment of the corridor. A marketing effort led to a rolling RFP process, the county says. Redevelopment went into high gear in the middle of the past decade with the construction of a new arena, the Fiserv Forum, for the Milwaukee Bucks, which is built to the street.

Plan and code make a difference

The better-than-usual urban form for such a facility results from the plan and form-based code, which impressed the Charter Awards jury. The 2003 write-up explained:

The Code requires a percentage of active storefront uses on certain streets, meaning that the ground floors of new developments will generally be open to the public with shops, restaurants, office entryways, lobbies for major public buildings, and various service activities. The Plan mandates that these buildings be accessible and memorable, with careful consideration of windows, entries, and signage. As the public realm involves both the inside and outside of buildings, effective connection of these two spaces will make Milwaukee’s downtown more valuable.

… The Master Plan establishes appropriate commercial and residential uses, while the Code sets forth standards that will result in quality architecture, pedestrian-friendly streets, and active public spaces for each district. These allow for a wide range of urban housing types including townhomes, apartments, and lofts.

The Fiserv arena, which will host the DNC, plus the Bucks’ offices and practice facility, jumpstarted more investment. According to Milwaukee Magazine, the Bucks are intentionally leaving land vacant around the arena until after the Democratic National Convention, to leave room for demonstrators. “After they leave, the Bucks predict shovels will be in the ground within weeks, laying foundations for the first next building: a glass-paned office building of up to 20 stories. The team is working out details with potential anchor tenants. It’s also fielding offers for multiple hotels and planning for an unspecified number of high-density housing units in the coming years.”

A city, not a project

“The initial 20-year optimistic prediction for build-out was wrong—it happened in 17 years, even with the Great Recession,” Witzling says. “There was no singular design. The plan assumed multiple architects, investors and developers would create authentic diversity in design. The resulting urban texture feels like an authentic city, not a project.”

Just as impressive as the development within the corridor is the work in adjacent areas that may not have happened had the freeway remained in place. The redevelopment of the 22-acre former Pabst Brewery complex, which was mothballed in 1997, is the most notable. While not officially part of the corridor, this industrial site was sandwiched near the intersection of the Park East Freeway and Interstate 43, with institutional buildings like a jail and coroner’s office on the other edges. With the freeway still standing, redevelopment is hard to imagine. Now the complex has been renovated for residential, office, and retail use. Portions are also used to two higher education institutions—Cardinal Stritch University and University of Wisconsin-Milwaukee’s Zilber School of Public Health.

“As for the traffic—it is better,” Witzling says. “More people are getting to more places by car and on foot. Blocks that were dormant are now active. I don’t think all the social, economic, and environmental value can be proved, but it can be experienced.”

The Park East Corridor, on the national stage this summer, is an “origin story” for the highways-to-boulevards movement. Going forward from the Charter Award, the project experienced setbacks and challenges and ultimately transformed a section of Milwaukee's downtown. 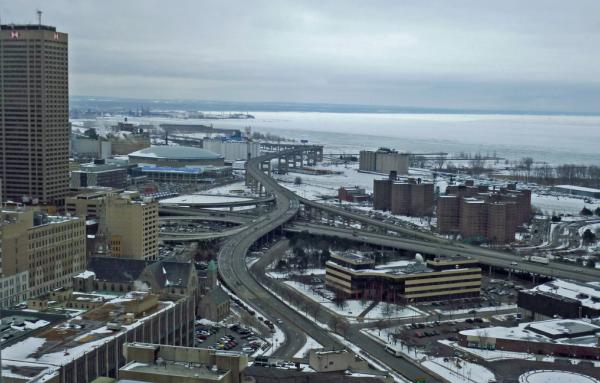 A chance for transformation 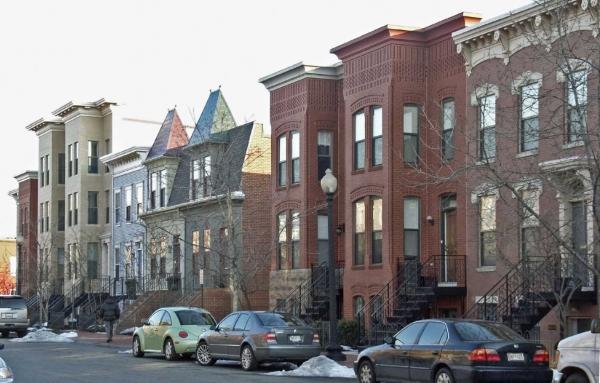 The Charter Awards at 20: Looking back, moving forward