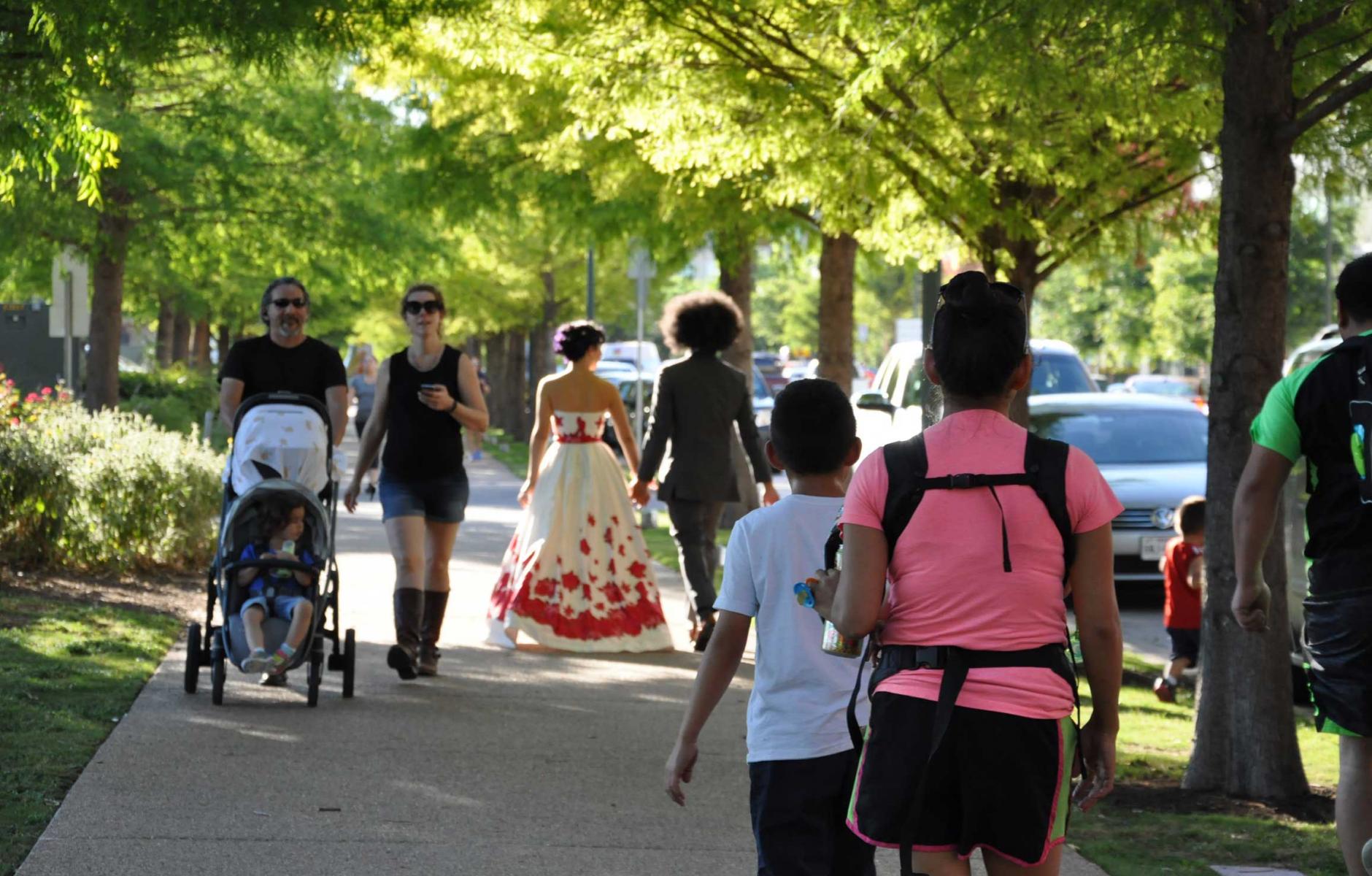 Winston Churchill insightfully said of architecture, “we shape our buildings and thereafter they shape us.” That statement is even more true of communities and urban planning. Cities and towns are architecture writ large. Their assembly, often involving thousands of buildings, thoroughfares, and public spaces, impacts nearly every aspect of our lives.

A research report called Cities Alive by Arup, a multinational engineering and design firm, enumerated two score and ten benefits of walkable places, in four categories: Social, economic, environmental, and political. This article focuses on social benefits, those that directly impact the well-being of people, along with their neighbors and community members. Here’s a list of 10 social benefits of designing and building human-scale cities and towns.

Designing communities for more walking, and enabling less driving, does not determine anyone’s health or well-being, or ensure that a community is equitable and strong in community identity. But it is a factor with beneficial consequences in these areas, during normal or pandemic times. To find out more, follow the links in the article or read the report, Cities Alive: Towards a Walking World. There are references to studies not linked above.