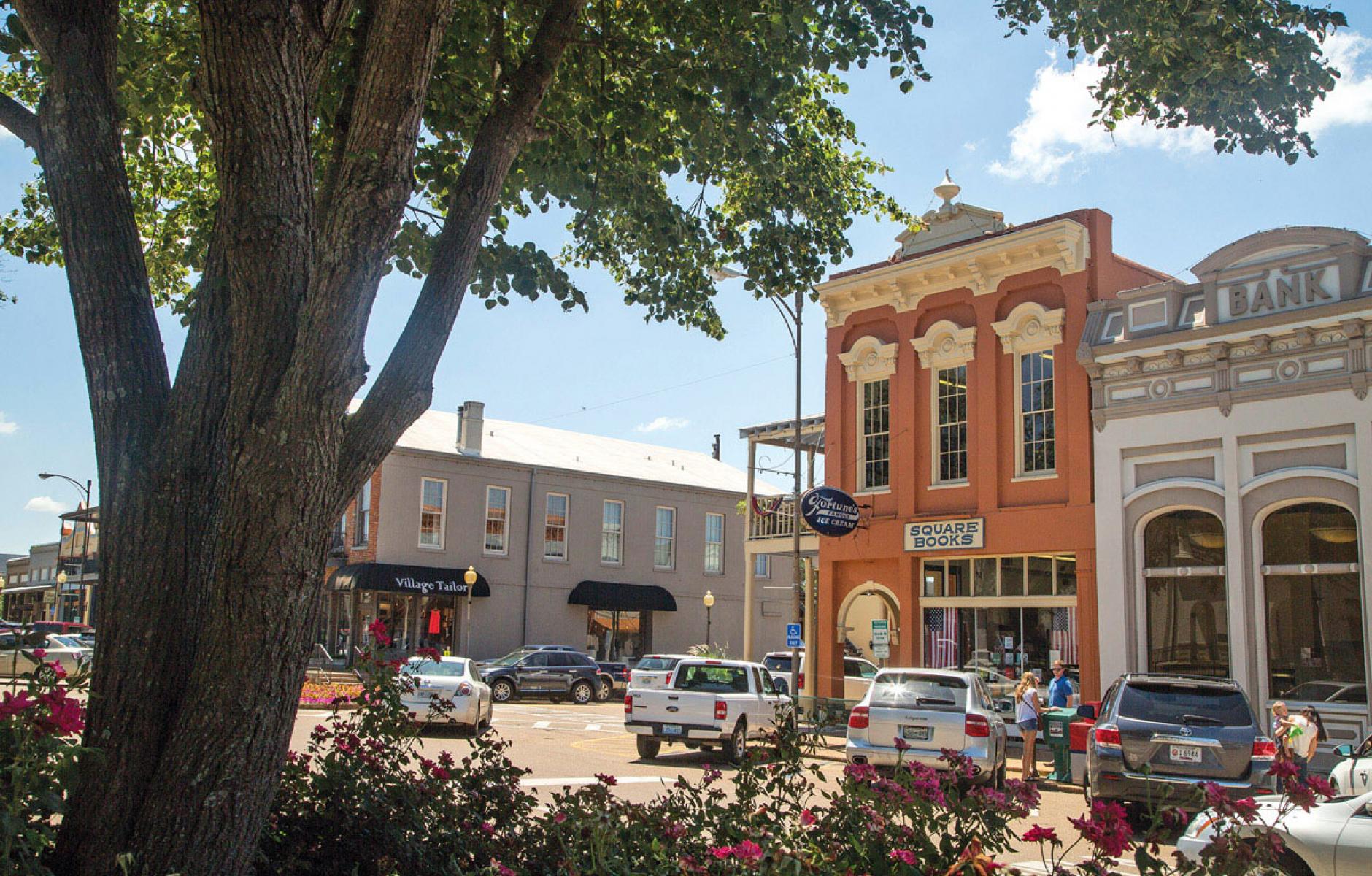 In the era of "winner take all urbanism," why are many small towns coming back to life—and why might they be good places to invest?
ROBERT STEUTEVILLE   &nbspMAR. 25, 2019

The New York Times columnist David Brooks wrote an article last week about the civic minded attitude in rural America, and it got me thinking about small-town urbanism, Opportunity Zones, and the placemaking potential outside of metro areas.

Everybody says rural America is collapsing. But I keep going to places with more moral coherence and social commitment than we have in booming urban areas. These visits prompt the same question: How can we spread the civic mind-set they have in abundance?

For example, I spent this week in Nebraska, in towns like McCook and Grand Island. These places are not rich. At many of the schools, 50 percent of the students receive free or reduced-cost lunch. But they don’t have the pathologies we associate with poverty. Nearly everybody is working at something. …

Nebraska ranks eighth in the country for social capital. McCook has only 7,700 residents, but it has a Rotary club, a 4-H club, a future farmers group, a music festival, a storytelling festival, a chapter of the Nebraska Community Foundation, churches, libraries, museums and Sehnert’s, a James Beard Award-winning bakery and coffee shop where the retired men gather and kibbitz.

Last week, I came across an article on Oxford, Mississippi. The state has been experiencing brain drain of millennials, but not Oxford. Out of more than 500 “micropolitan areas” in the US, Oxford ranks 9th for economic success. It has the advantages of Ole Miss (University of Mississippi), relatively inexpensive housing (average house price in the county is $159,200), and a beautiful downtown, which the city has been cultivating for a quarter century.

“The city focused on design standards for streets and other public areas, creating a walkable community, offering amenities such as high-speed Internet. The strategy worked and is more applicable now than ever,” says Jon Maynard, CEO of the Oxford-Lafayette Economic Development Foundation. “What we did unknowingly back in 1992 was to create an environment that was attractive to the 21st Century workforce,” Maynard said.

Downtown Oxford is an Opportunity Zone—a new, large, capital gains tax cut that will soon unleash an hundreds of billions of dollars in such zones around the US. There are 8,700 Opportunity Zones, and they won’t all get investment—but it sounds like Oxford will attract capital. The city of 23,000 has real estate market potential, an above-average “National Mobility Distribution Index,” according to a new map created by Zimmerman/Volk Associates (ZVA), a new urbanist real estate market research firm.

According to the same article, an even smaller community, Water Valley, about 10 miles from Oxford, is where Kagan Coughlin and Alexe van Beuren moved to become small developers and entrepreneurs in 2006. “Since then Coughlin, 37, has renovated six historic buildings downtown and van Beuren has opened a grocery store and restaurant in one of them. “The impact on the town as a whole has been pretty significant,” Coughlin said. “It gives people the confidence to take risks themselves.”

Once he finished renovating buildings, Coughlin and a former business colleague found sponsors for their idea to create Base Camp Coding Academy, where students just out of high school are trained over 12 months, without charge, to work as software developers. The employment rate at graduation is 100 percent employment and starting pay is around $50,000 a year, Coughlin said.

Hopewell, Virginia, a city of about the same size as Oxford, has also seen a resurgence of its historic downtown. About 17 miles from Richmond, Hopewell is gaining a major influx of businesses and residential units. “Hopewell has a lot of good bones. And when a place has good bones, it’s just a matter of the trend starting to set in and people starting to see what’s happening.” Michael Burnette, owner of Burnette Baked Goods in Hopewell.

Hopewell has an affordable median home value of $123,800, and it also has above-average mobility, according to ZVA. And its downtown is an Opportunity Zone, which bodes well for investment in coming years.

Richard Florida has written about “winner take all urbanism,” where the big, rich cities get richer and and small cities and towns stand no chance. But there is something happening in many of America’s small towns, connected to the revitalization of their main streets. Many of these downtowns also stand to benefit from the upcoming Opportunity Zones capital.

We don’t know the future of these towns. An economic crisis could set these places back. But for now, many of America’s small downtowns, and their inhabitants, have reason to be optimistic. And these places have been around for more than a century—they have survived the Great Depression and 2008. Young people looking to make a difference, and those looking to invest capital in Opportunity Zones, could do far worse than to look for a small city or town with potential outside of a major metro area. 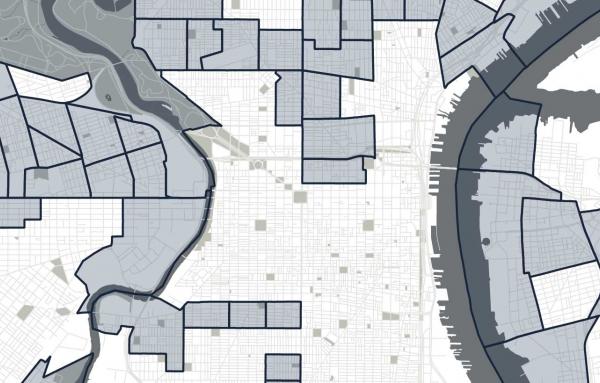 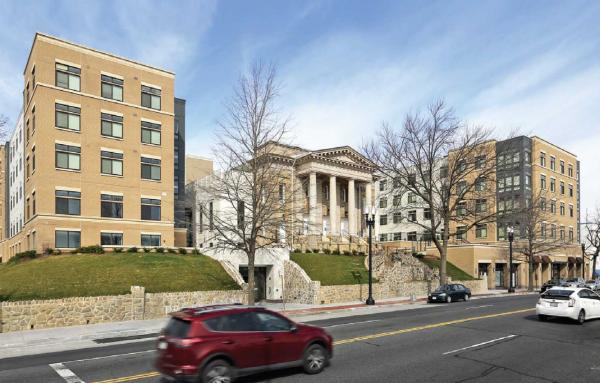 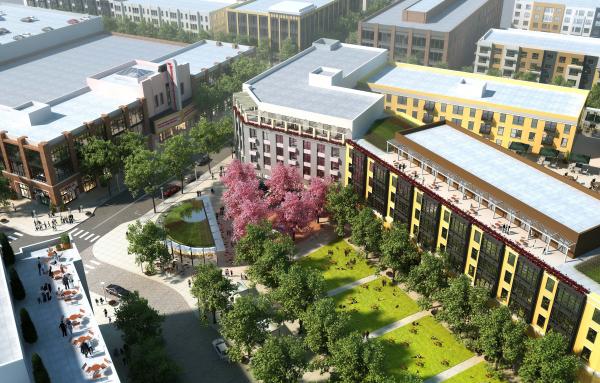