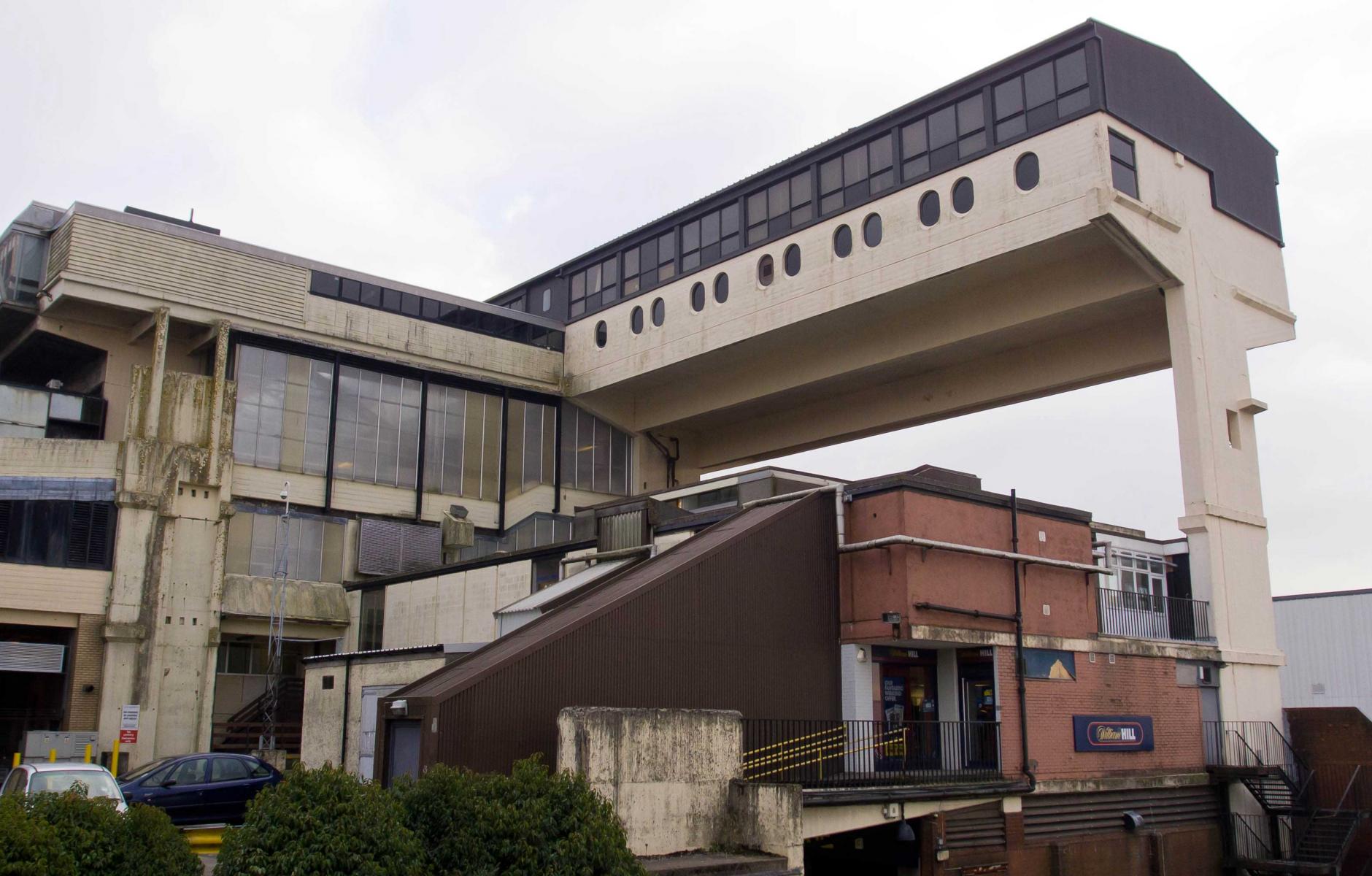 For most reform-minded urbanists today, the complicity of architectural Modernism in the urban fiascoes of the last century is not in dispute. A representative (and seminal) criticism was Jane Jacobs' withering 1961 attack, in The Death and Life of Great American Cities, in which she described Le Corbusier's “wonderful mechanical toy” that “said everything in a flash, like a good advertisement”—but as to how a city actually works, it told “nothing but lies.” Jacobs’s work was of course a major inspiration in forming the Congress for the New Urbanism, along with the work of other reformists like Leon Krier, Christopher Alexander and Vincent Scully.

Yet in the last few decades, architectural Modernism has enjoyed a resurgence among some New Urbanists, as it has in the wider profession of architecture. For them, it’s reasonable to separate the urban mistakes of Modernism from its alleged architectural genius, which, as they see it, continues to offer inspiring building design ideas that can take their place happily within great new cities.

Of course, many critics would not agree—including many of the profession’s most prominent insiders. For them, the building-scale and urban-scale failures of Modernism have been of a piece, borne of a totalizing but defective theory of habitat, and even a dubious theory of architectural form itself. As the Post-Modernist Rem Koolhaas observed (in his 1995 book S,M,L,XL), “Modernism's alchemistic promise, to transform quantity into quality through abstraction and repetition, has been a failure, a hoax: magic that didn't work.” Nor was Koolhaas the first to attack the ideological foundations of Modernism. Similar criticisms came from earlier insiders like Sibyl Moholy-Nagy, wife of Bauhaus pioneer Lazslo, whose stinging 1968 essay on the Bauhaus labeled it “Hitler's Revenge.” Its built works in the US carried, for her, “the browbeating symbolism of a negative ideology that was already bankrupt when the dying German Republic unloaded it on America.”

Yet for a movement that has been so frequently discredited, Modernism still has a curious grip on the profession even today. That's because from the beginning, according to historian James Stevens Curl, the movement has been populated by “architectural bullies” who would stop at nothing to seize power, extinguish its competitors, re-write history, forbid all other styles (especially those with any ornament), and otherwise enforce a radical agenda—one that only seemed to offer all things alluring, progressive and historically inevitable. Beneath that marketable cover story, he says, the real agenda was an exhilarating quest for power and dominance, and especially later, for the wealth generated by a profitable industrialization of the human environment. Modernism sold, and no matter if it also sold out—cities, people, history, the future. For Curl, that approach was (and is) nothing less than “architectural barbarism.”

It would be reasonable here to ask whether Curl is just a quixotic crank mounting unfair ad hominem attacks on a successful Modernist architectural establishment. In fact his credentials as a scholar are impeccable: an eminent architectural historian and teacher with former chairs at two UK universities, former visiting fellow at the University of Cambridge, and author of an impressive list of scholarly books on architectural history including The Oxford Dictionary of Architecture.

In Making Dystopia, his latest work, Professor Curl applies the same patient scholarship to document what actually happened in the movement that so profoundly shaped our modern built environment: the players, their interactions, their paths to seminal, even totalizing, influence. What he finds is not a flattering picture, and he is willing to say so bluntly. He documents what was far from an inexorable path to progress, but instead a rather ordinary seizure of power, terminating a remarkably rich and diverse age of architectural eclecticism (not the simple florid Victorianism imagined in the revisionist narrative). In this architectural coup, curricula were jettisoned, professors fired, students flunked. His descriptions of the players and their strategies, principles and ethics are not irrelevant ad hominem attacks, but go to the heart of how Modernism became dominant—and how the same hold on power is sustained today, in spite of the mounting (and for some glaring) evidence of its inadequacies. The book concludes with a grim assessment of“an inhumane cult that has informed far too much non-architecture.”

This damning picture is meticulously supported by scholarly evidence, forming an exposé that, at the very least, ought to be read, considered and debated thoughtfully by responsible architects and by non-architect citizens, given the stakes for the well-being of everyone else. Professor Curl gives a helpful overview of much of the previous (also damning) analysis by many other critics, but he adds a level of scholarship that makes its own significant new contribution to the critical literature.

Yet it is telling that the response from many of the profession’s establishment critics to Curl’s book (especially in the UK) is straight out of Curl’s own description of past bullying: attack the messenger, allege guilt by association, commit almost every other logical fallacy in the book—and in the ensuing dust storm, leave fair-minded observers so confused and cowed that the attacker dominates by default. It's a tried and true bully strategy, used by some prominent politicians of late too.

Of course that response doesn't rebut the validity of what Curl describes, or the voluminous evidence he provides to support it. But it does illustrate the dominance of emotionally driven ideology over critical judgment in architectural discourse today.As Curl puts it in the conclusion: “It is possible that our times will be viewed with astonishment in the future because of our inability to exercise intelligent critical judgment concerning what passes as ‘architecture’ (much of which is irrelevant in relation to pressing contemporary problems), but which is often only empty show, ignoring context, gobbling up money, and possessing no meaning other than as an assertion of overweening self-importance.”

Speaking of pressing contemporary problems, given their severity it would seem that every assumption should be on the table, every design approach should be firmly based on evidence of outcomes, and every past failure should be examined for indications of the reforms needed. In particular, it seems we should re-examine the idea that building facades are neutral canvases (or giant sculptures) on which any artistic extravagance must be welcomed in the name of creativity. The problem with that approach is that it wholly discounts the essential importance of a coherent and supportive public realm, and the essential role of supportive building edges in shaping its character. It would seem there is a primary professional responsibility to supply the factors that promote walking, conviviality, and resource-efficient livability, sufficient to attract and hold ordinary people—not only urban hipsters, art connoisseurs and the wealthy—for longer eras beyond the latest trendy fashion period.

It happens that those same durable factors are amply supplied by the design repositories within great historic cities, as they evolved over centuries to become marvelously adapted to universal human needs—including the need to live around ordinary beauty. Just now, at a time of unprecedented urban challenges, those successful design patterns are looking more relevant and important than ever. Yet it was exactly this diverse treasury that was forbidden by Modernism, in the endless quest for novelty and for a “new beginning”—which, as Koolhaas also declared, has been discredited, leading to a “collective shame in the wake of this fiasco” that has left us in a “massive crater in our understanding of modernity and modernization.” But rather than loiter in its depths assembling the bits of rubble into interestingly novel artistic shapes, as Koolhaas does, perhaps it is time to actually crawl out of the crater.

Curl’s book is also a timely reminder that in spite of fine universities and virtuoso professionals, not everything that emerges from modern society is a product of what the anthropologist Edward Sapir called “genuine culture.” We can be manipulated, often in hidden ways that distort our professional judgments or tastes—and one of the few antidotes available is to be challenged by critical works like Curl’s. The genius of Sapir's “genuine culture” is that it embodies a collective intelligence that regularly self-corrects over time. By contrast, the problem with what Sapir called “spurious culture” is that it tends to stay locked in its own abstracted distortions, unable to self-correct. This seems to be a central problem for modernity—and for Modernism too. But that's a bigger topic for another day.

Anticipating the predictable attacks of his persecutors, Professor Curl concludes the book with a humorous self-made woodcut after the 19thCentury German artist Alfred Rethel. It shows the elderly professor expiring in a chair, exhausted after his efforts to ring a warning bell about the barbarism that now threatens a dystopian future—but death comes as a friend to continue ringing the bell. It's a fitting reminder that the work of critical scholars like James Stevens Curl offers rich material to guide us into the future, during their lives, and beyond. 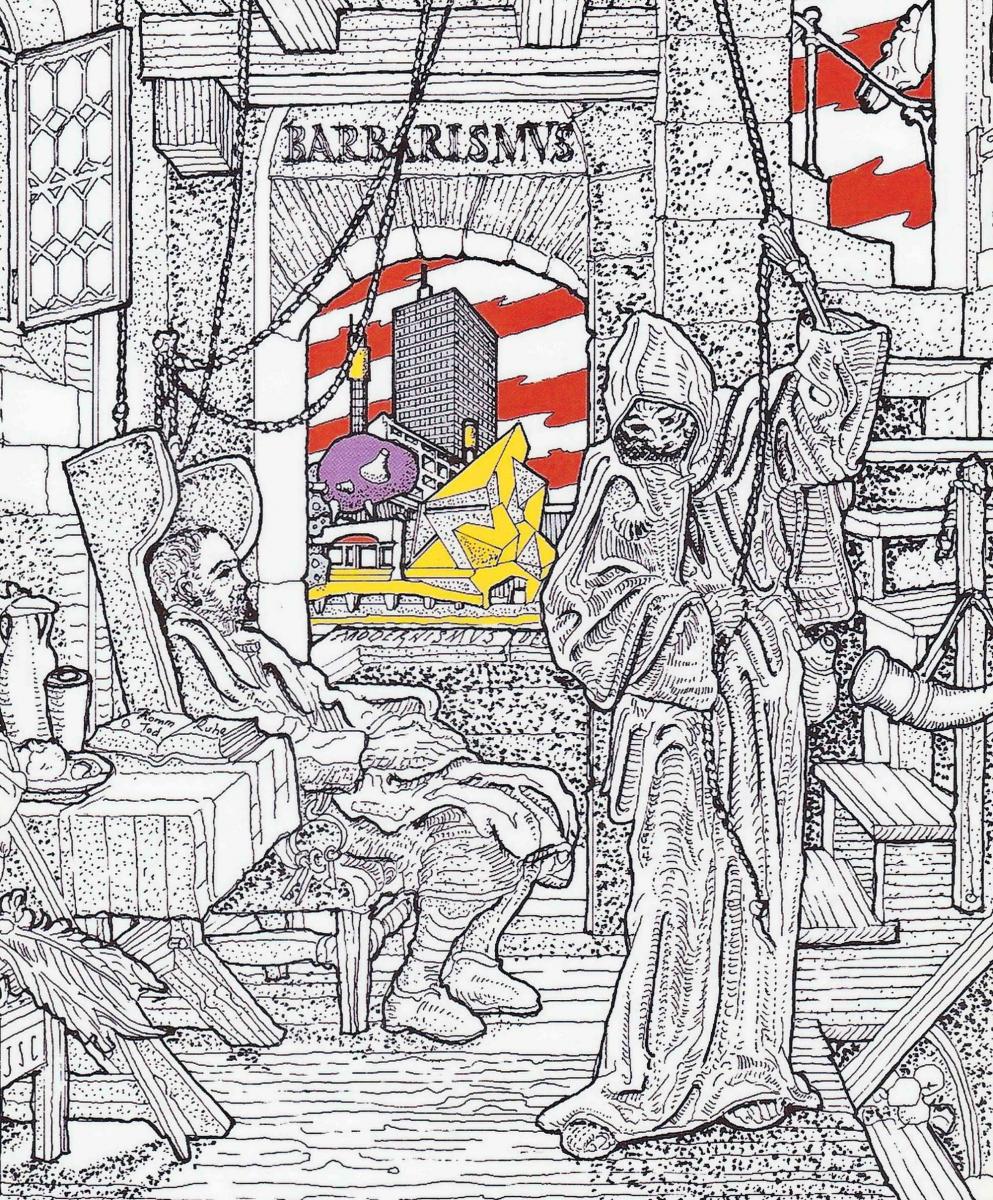 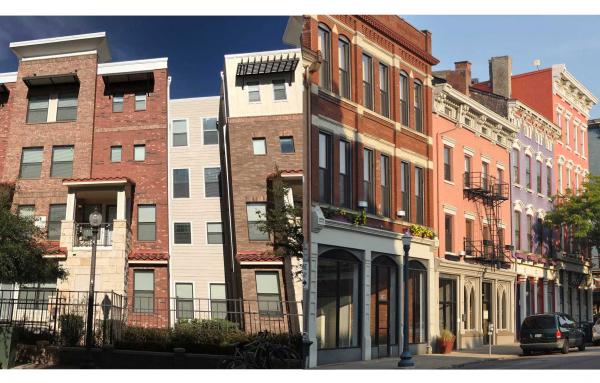