Influential words from the most influential writer on urban planning in modern times
ROBERT STEUTEVILLE   &nbspFEB. 3, 2016

The most influential writer on urban planning in modern times, the late Jane Jacobs received the Vincent Scully Prize from the Green Building Council in 2000. Jacobs made a seminal speech offering suggestions for communities on the four topics: Empowering immigrant neighborhoods to develop freely, investing in “community hearths,” dealing with gentrification, and, finally, encouraging small business activity. Although the speech was made 15 years ago, her excerpted comments resonate today:

We take it for granted that some things are improved or enhanced with the passage of time, and the things that the passing of times brings. Trees grow larger; hedges grow thicker, fine old buildings are put to uses that were never intended or anticipated, and increasingly appreciated as time passes. Now I am thinking of American city and suburban neighborhoods. On the whole, they have very chancy records of dealing well with time and change.

My first suggestion concerns immigrants. Right now, striving immigrants are settling in woebegone city suburbs to which time has been unkind. These newcomers are enlivening the dull and dreary streets with tiny grocery and clothing stores, second-hand shops, little importing and craft enterprises, skimpy offices, and modest but exotic restaurants.

Now either of two things can befall these newly minted immigrant neighborhoods. Neighborhoods serving only as immigrant launching pads repeatedly take a step or two forwards followed by two or three steps backwards while dilapidation inexorably deepens with time. In contrast, immigrant neighborhoods that succeed in holding on to their striving populations improve with time. They become civic assets in every respect: social, physical, and economic. Progress on the part of the population is reflected in the neighborhood with increasing diversity of income, occupation, and vision, education, skills, and connections. Time becomes the ally, not the enemy, of such neighborhoods.

Self-respecting people, no matter what their ethnic origins, abandon a place if it becomes fixed in their minds that it is an undignified or insulting place to be. Here’s my suggestion: smart municipalities ought to contradict that perception before it takes hold. By making sure that newly minted immigrant neighborhoods receive good municipal housekeeping, public maintenance, community policing, and fair justice services, along with some respectful amenities too—like traffic taming and street trees. And, if they want to provide for themselves, giving quick, hassle-free permissions to organize open-air markets, or run jitney services or make whatever other life-enhancing improvements they want to provide for themselves.

My second suggestion has to do with communities’ needs for hearth, or centers, and with related problems like inappropriate commercial incursion. The object is to nurture locales where people, on foot, will naturally encounter one another.

Let’s think a minute about the natural community anatomy of community hearths. Wherever they develop spontaneously, they are often consequences of two or more intersecting streets well used by pedestrians. On the most meager level, we have the cliché of the corner store or pub that is recognized as a local hangout. “Corner” implies two streets intersecting in the shape of an X or a Y. In traditional towns, the spot recognized as the center of things often contains a triangular piece of ground because it is where three main routes converge in the shape of a Y.

Large cities have typically developed not only localized neighborhoods or district hearths, but also several major hearths. These also have almost invariably located themselves at busy pedestrian streets intersections. All but the smallest hearths typically provide splendid sites for landmark buildings, public squares, or small parks. Now, the converse logic doesn’t work. Living, beating community hearths can’t be arbitrarily located as if they were suburban shopping centers for which the supporting anatomy is a parking lot, or perhaps a transit stop. But given the anatomy of well-used pedestrian main streets, hearths locate themselves. In fact, they can’t be prevented from locating themselves. Of course, good design can greatly enhance or reinforce them.

Now for the related problem of commercial or institutional facilities intruding into inappropriate places. Artists’ create renderings for charmingly designed community hearths surrounded by charmingly designed residences with their yards, and I wonder where future overflows of commerce can be pleasantly accommodated. Perhaps this consideration doesn’t matter in a village destined to remain a village, but it matters very much in a city neighborhood or in a village that becomes engulfed by a city. In cities, successful hearths attract users from outside the neighborhood, and they also attract entrepreneurs who want to be where the action is. If these things didn’t happen, cities wouldn’t generate urban surprise, pizzaz, and diversity.

So with time and change, originally unforeseen institutional and commercial overflows can occur in city neighborhoods. They may have to find and adapt makeshift quarters. Most commonly they appear to be jarring, intrusive smears in the residential streets where they were never meant to intrude. Watching this happen, people think, “the neighborhood is going to the dogs.” And so it is, visually. So much of this deterioration is disliked and feared that one of the chief purposes of zoning regulations is to prevent it. Even if the regulations succeed at holding time and change at bay, as enemies, any success comes at the cost of squelching new conveniences and innovation.

Here is where the anatomy of natural neighborhood hearths can come to the rescue. ;One important advantage of open-ended main pedestrian streets forming intersections is that these streets are logical places for convertible buildings before there is need to convert them. They can be a designed form of neighborhood insurance, so to speak. Row houses can be designed to convert easily and pleasantly to shops, small offices, studios, restaurants, and even to small schools and other institutions. And, of course, many buildings originally built for work, convert pleasantly to apartments or living-and-working combinations.

I am suggesting that urban designers and municipalities should not think about attractive hearths without also thinking about the indispensable street anatomy required by hearths. And they should not think about the street anatomy without also providing or encouraging easily convertible buildings on most streets as opportunity to do this arises. This is a practical strategy for dealing with time and change as allies, not as enemies.

My third suggestion concerns gentrification of low-cost neighborhoods to which time has not been kind, but which have valuable assets nevertheless. Typically the first outsiders to notice these assets are artisans. They are joined by young professionals or other middle-class people whose eyes have been opened by the artists’ discoveries. For a time, gentrification brings heartening renovation and other physical improvements in a neighborhood that needs improvement along with new people, connections, and life skills. As long as gentrification proceeds gently with moderation, it tends to extend beneficial and diversifying change. But nowadays, a neighborhood’s “golden age of gentrification” can be surprisingly short. Suddenly, so many new people want in a place now generally perceived to be interesting and fashionable that gentrification turns economically and socially vicious. It explodes into a feeding frenzy of real-estate speculation and evictions. Former inhabitants are evicted wholesale, priced out by what Chester Hartman has aptly called “the financial bulldozer.” Even the artists who began the process are priced out. The eventual ironic result is that even the rich are cheated by this turn of events. The lively, interesting, and diverse city neighborhood they were attracted to is being killed as the place becomes an exclusive preserve for only high-income people.

When gentrification turns vicious and excessive, it tells us, first, that demand for moderately gentrified neighborhoods has outrun the supply of them. The key attributes of such places that the artists discover are: a) The streets have human scale; b) The buildings are variably interesting; c) The streets are safe for pedestrian use; d) Many conveniences are within pedestrian reach; and e) Neighbors are tolerant of diverse lifestyles.

A few weeks ago, I was in Richmond, Virginia, and my nephew gave me a tour. I was astounded and heartened to see neighborhoods that I remembered as looking quite hopeless, now up-and-coming, attractive, and people doing a lot of do-it-yourself repairs and changes on them. And I was also charmed to see that neighborhoods like this looked very much as though they had been designed by New Urbanists [chuckles]. That tells us something. It’s pitiful that so many city neighborhoods with these excellent basic attributes have been destroyed for highway construction, “slum clearance,” urban renewal, and housing projects.

My final suggestion concerns the hazards of a somewhat different form of popularity. The hazard of community hearths attracting outsiders is this: as leases for commercial or institutional spaces expire, tenants are often faced with shockingly increased rents. Property taxes on the premises can soar too, instigating even further rent increases. This only prevents commercial overflow, but many facilities are priced out of the mix. The hardware store goes. The bookstore closes. The place that repairs small appliances moves away. The butcher chops and the bakeries disappear. As diversity diminishes, into its place comes a monoculture. Starting gradually while times are good, and rapidly when they aren’t, the street becomes dotted with vacancies.

A popular pedestrian main street running through my own neighborhood is now afflicted by this dynamic. Fortunately, the hardware store remains, so does the bookstore, one butcher shop with its associated European grocery, and a large general bargain and outlet store. Not only do they remain; they flourish. The secret of their stability is that they own the buildings where they do business, and so were not vulnerable to being priced out by soaring rents. This has caused me to think about home ownership. When it became public policy in the United States to encourage home ownership, financial devices, such as long-term mortgages, small down-payments, and mortgage acceptance corporations, and agencies, primarily the FHA, proved successful at promoting the policy.

This has made me wonder whether similar techniques would enable or encourage small businesses, especially those whose success depends heavily on location, to own their own premises. Why shouldn’t it become public policy to foster business stability and stability of city streets and neighborhoods by enabling enterprises to protect themselves through ownership against abruptly rising rents. I have arrived at the conclusion that ownership is the surest protection against being priced out of a place of work.

These four suggestions may seem trivial compared to other municipal concerns: Racism, poor schools, traffic, unemployment, illegal drugs, inadequate tax revenues, crime, persistent poverty, what to do with garbage, how to lure tourists, whether to build another stadium or convention center, and so on. Nevertheless, neighborhoods that decline are pretty serious, too. Two steps forward followed by three steps back is no way for a city to progress. And it doesn’t help to solve other municipal problems, either. The pattern makes them more intractable, and it isn’t new. Unless these forms of civic ineptitude are faced and overcome, American city neighborhoods are as unlikely to deal well with time and change in the future as they’ve been in the past.

The suggestions I’ve made may not be politically possible. There may be better or different means of accomplishing similar aims. My purpose is to help stir up creative thinking about how to enlist time and change as practical allies, not as enemies that must be regulated out and fended off on the one hand, or mentally surrendered to, on the other. We might as well learn how to make constructive alliances with the workings of time because time is going to continue happening. Any living thing is involved with time and the changes that time brings, it’s also true of city neighborhoods.

The unabbreviated text is available on the Hearth Health website. 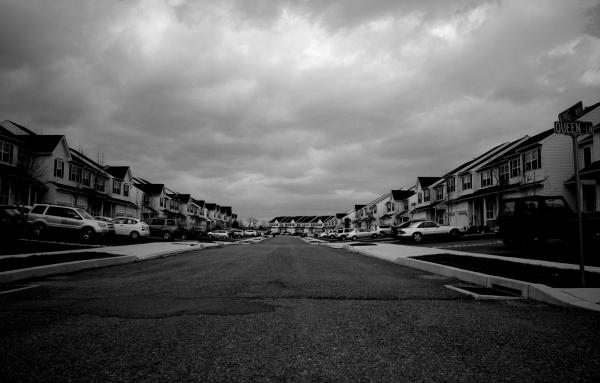 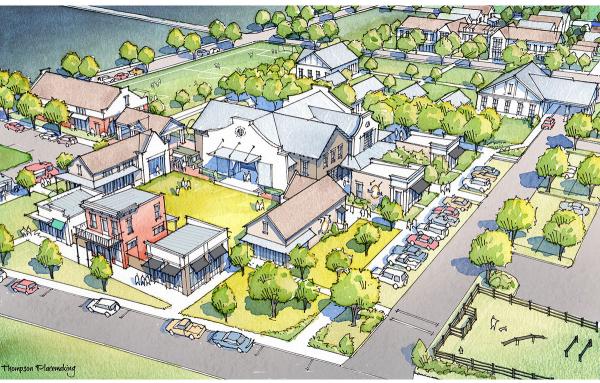