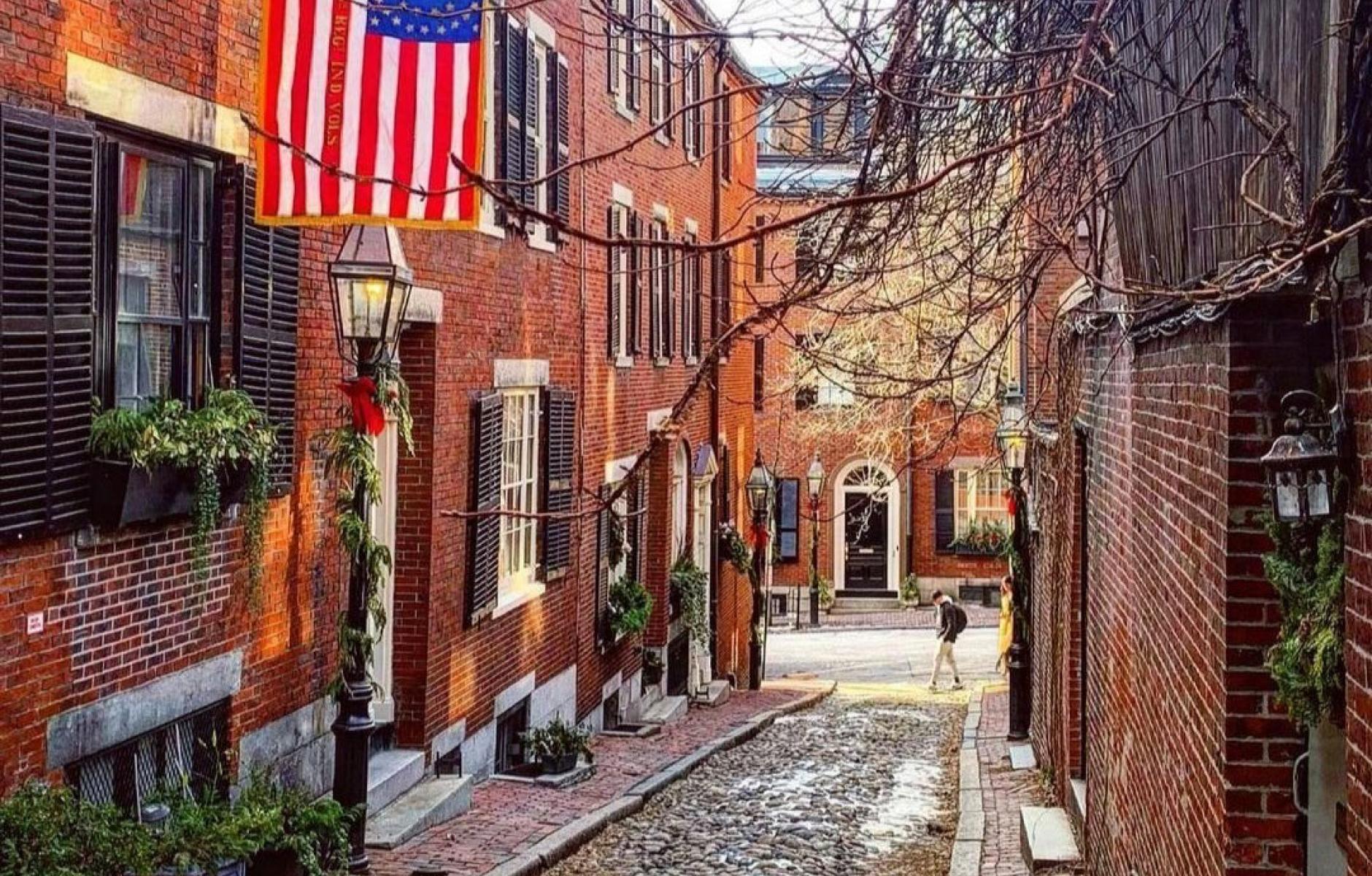 The magic of inner-block development

The opportunities are vast to create human-scale places on the inside of urban blocks, according to a discussion on CNU's On the Park Bench.
ROBERT STEUTEVILLE   &nbspSEP. 7, 2022

The most photographed street in the US is Acorn Street, in Boston, a little mid-block residential thoroughfare in the Beacon Hill neighborhood. The reason why Acorn—along with similar streets like Elfreth’s Alley in Philadelphia—is so popular, is because of its human scale, according to architect Thomas Dougherty.

“Once you are inside the block, the sense of place at 18 to 22 feet wide, building face to building face, is very powerful,” says Dougherty, who presented a webinar on The Magic of Inner-Block Development: Alleyways as the Final Frontier of New Urbanism, with incremental developer Aaron Lubeck, who led the discussion. The webinar took place on CNU’s On the Park Bench, including a lively discussion with the CNU audience, who are fascinated with the topic of human-scale placemaking.

True human scale is difficult to achieve even on pedestrian-oriented urban streets, says Dougherty. The intimate spaces that can be created inside the block—on alleys, in mews, in courtyards—achieve the human scale to a greater degree, he says. He was introduced to this concept studying at Notre Dame under landscape architect and urbanist Douglas Duany.

Because there are thousands of miles of underutilized alleys in cities and towns across the US, alleys are the lowest hanging fruit for inner-block development. But it can also be achieved on any parcel—a parking lot, for example, or a lot behind a building that has room for a few cottages grouped around a tiny courtyard.

Such human scale developments can be put together incrementally—with property owners that have a shared vision—or by a single developer. A great example of the latter is Opticos Design’s Daybreak Mews in Daybreak, South Jordan, Utah. A very successful pedestrian mews was created on the inside of two blocks of a new development. Successful inner-block developments have been created in many traditional neighborhood developments, including Carlton Landing in Oklahoma, Dougherty says. The pedestrian streets in Rosemary Beach, Florida, also create that human scale.

Recent code reform in many cities and states allowing more accessory dwelling units (ADUs) is promoting inner-block development—but ADUs can be built to face the alley or turn their back on it.

The knowledgeable CNU audience asked about many issues, including inner-block landscaping, fire access, and parking. All of these issues, and others, can be successfully addressed through design and codes.

“I think this kind of transformation is applicable in many places ... Inner-block can happen moment by moment. Tackle one block at a time. … It’s an opportunity waiting to be grasped,” Dougherty explains.

Check out the entire discussion on CNU’s On the Park Bench.