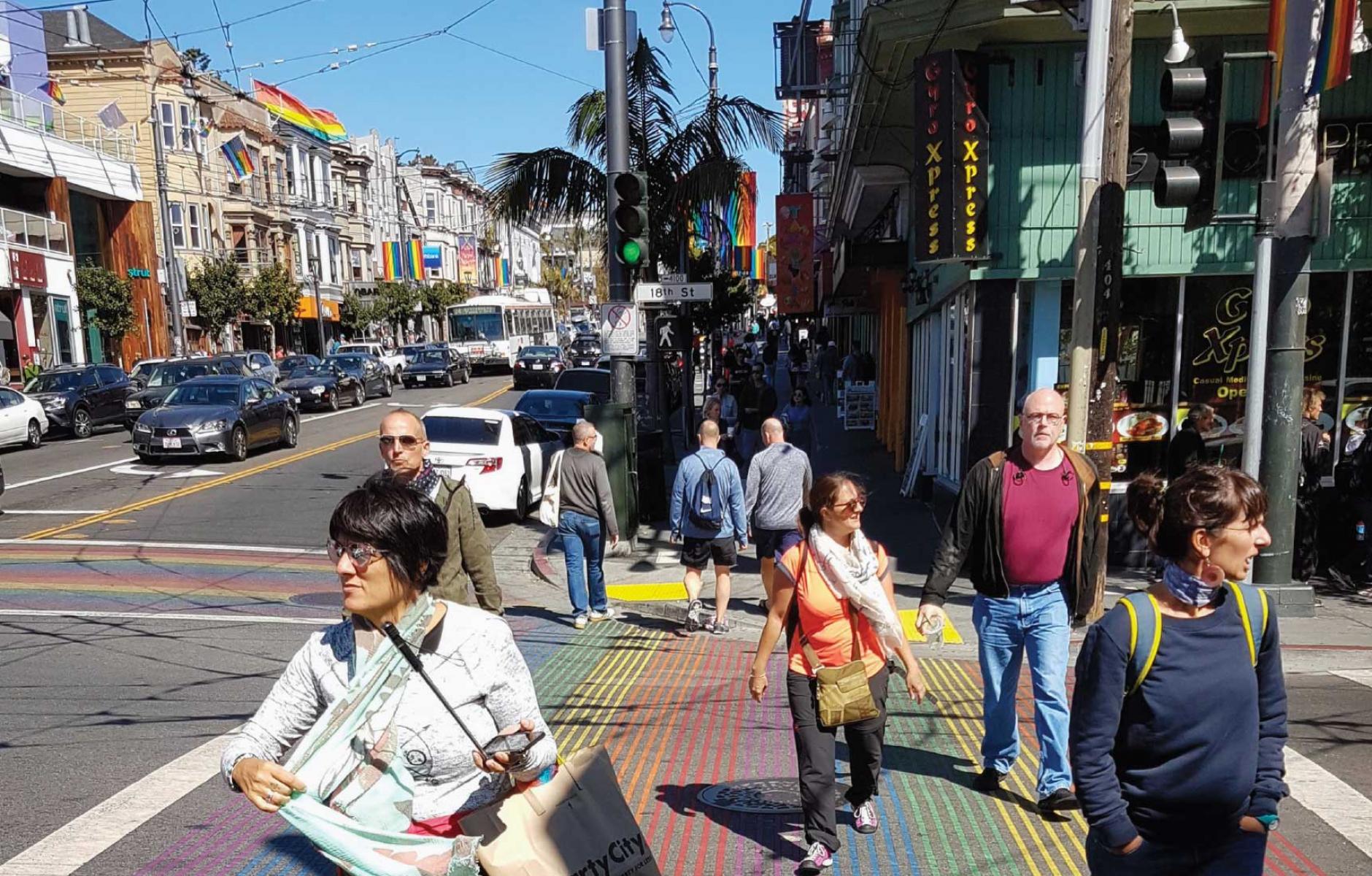 This is second in a series of articles on the advantages of building human-scale cities and towns.
ROBERT STEUTEVILLE   &nbspAUG. 18, 2021

Human-scale cities and towns: What’s their worth?
Generating taxes, saving the Earth
Social, health, safety, economy, too
Walkable places do so much for you

There are many benefits of building walkable places, backed up by research and common sense, to the point where explaining and distilling these advantages may be difficult. With dozens of important benefits, it’s hard to decide where to begin. The verse above barely scratches the surface, but it does identify significant areas, covering much of human life, where walkability helps.

A research report called Cities Alive by Arup, a multinational engineering and design firm, enumerated 50 benefits of walkable places. This article, the second in a series, focuses on economic advantages and pares the list down to 10. Here’s 10 economic benefits of designing and building human-scale cities and towns:

4. Enhances a city’s identity
A city’s identity is driven by how cultural and social interactions take place, which can be enhanced by improvements in the public realm. A strong identity and “genius loci” can boost the local economy. Barcelona, Spain, combined improvements in the public realm with branding to make the city more competitive internationally.

5. Promotes tourism
Tourism is influenced by a city’s infrastructure, according to Arup. “Walkability creates public spaces that are a pleasure to pass by; moreover, implementing small and well-planned distances between destinations enhances the pleasure of strolling through the city and enjoying local services, shops and landmarks.” Few people want to visit a town or city with no “sense of place.” Instead, tourists are looking for a unique urban environment, in addition to natural features like beaches and mountains.

6. Encourages investments in cities and towns
Private companies and individuals are interested in investing in walkable urban centers due to the competitive advantages of locating in a place where employees and clients want to be. The “High Line effect” has shown how an iconic pedestrian park, funded with only $115 million of public investment, can generate over $2 billion in private investment surrounding the park, attracting five million visitors a year, creating 12,000 new jobs and doubling the property value in the neighborhood.

7. Attracts the “creative class”
Dense neighborhoods and pedestrian-friendly streets can highly influence the migration patterns of skilled professionals, leading to the revival of underdeveloped urban areas, Arup explains.“The most walkable urban metro areas have substantially higher GDPs per capita and percentages of college graduates over 25 years of age in the population,” according to the report, Foot Traffic Ahead, by the George Washington University School of Business.

8.Increases land and property values
“Land and property values are indicators of the level of attractiveness and desirability of a neighborhood,” Arup reports. “Due to higher levels of safety, accessibility and livability, pedestrian areas significantly increase real estate values.” New urbanists have a long-standing technique when designing a new neighborhood: Go to the most desirable urban places in a region, and take a survey of their characteristics, and then incorporate elements and dimensions into the new place.

9. Activates street facades
The presence, number and size of storefront businesses are fundamental indicators of neighborhood economic health and vitality, Arup notes. To examine the relationship between shop density and walkability, City Observatory developed the Storefront Index, a tool to quantify and locate businesses in cities. Not surprisingly, overlapping Walk Score maps with storefront locations, they demonstrated that the highest concentrations of businesses correspond to the highest walkability index scores.

10. Reduces motor vehicle and road costs
A car costs, on average, about $9,000 a year. A walkable neighborhood that allows a family to eliminate a car or cut its driving can save substantially in household expenses, freeing up disposable income for other purposes. These savings translate to the public realm, as well. Pedestrian environments, Arup notes, “can require minimal additional funding, reducing infrastructure costs per user and, consequently, maintenance costs over the long term. In fact, walking (and cycling) facilities can move five to ten times more people than driving over the width of a single traffic lane.”

To find out more on these and other advantages of walkable cities and towns, follow the links in the article or read the report, Cities Alive: Towards a Walking World. There are references to studies not linked above.Read also the first article in this four part series, Ten social benefits of walkable places.