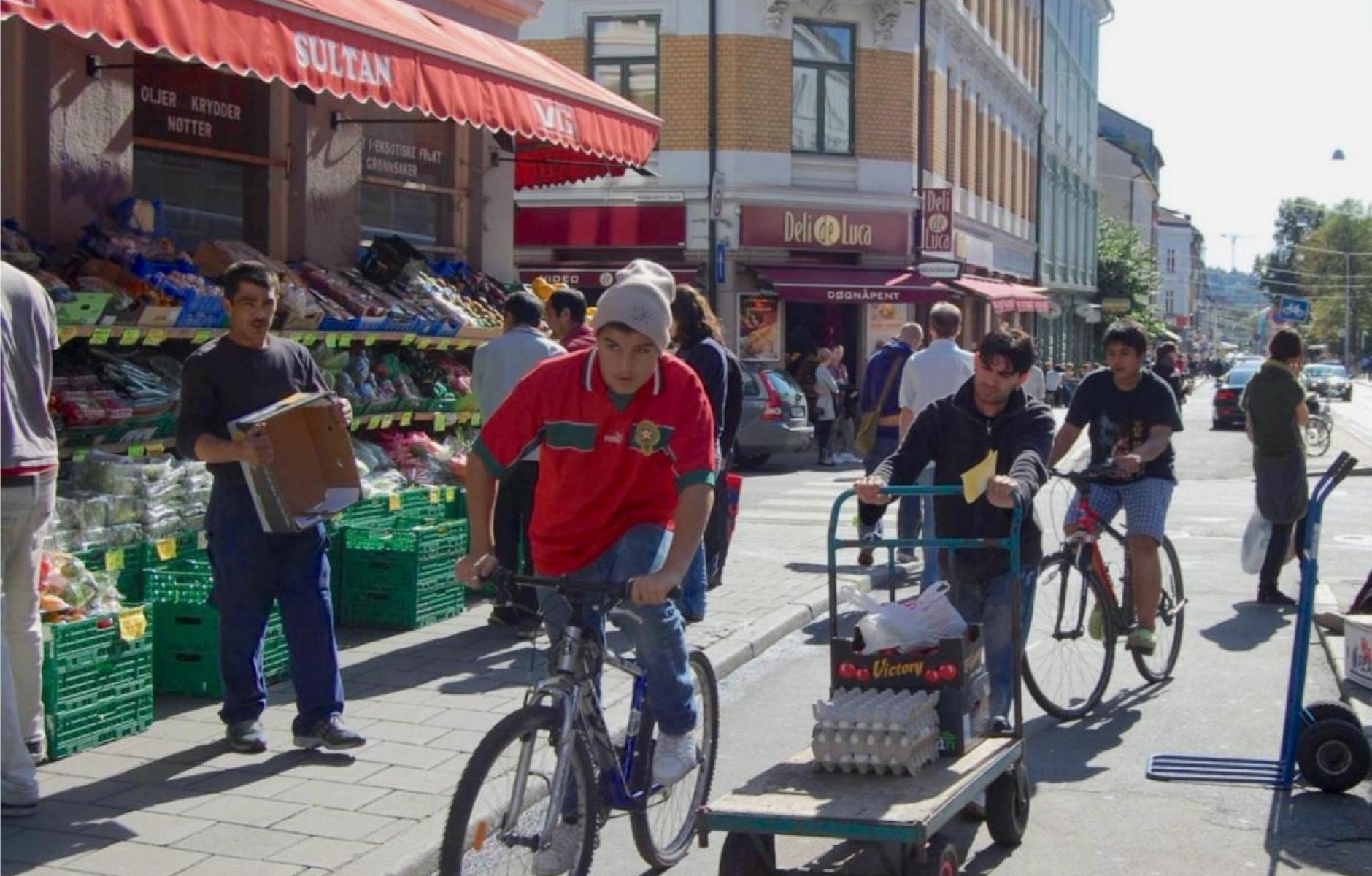 Why we need Observational Urbanism

Putting observation first, and theory second, helped to move the planning profession toward more beneficial city building techniques in the late 20th Century. It continues to be an important test and correction to theories, even new urbanist ideas.
ROBERT STEUTEVILLE   &nbspJUL. 26, 2021

Ten years ago, this summer, I wrote an opinion article commemorating the 50th Anniversary of Jane Jacobs Death and Life of Great American Cities, in which I may have coined the term “Observational Urbanism.” I had not heard the term before, or since, with the exception of presentation earlier this month by Swedish academic Tigran Haas on CNU’s On the Park Bench, when Haas said he learned the term from me.

It is quite possible that someone used the term before 2011, and that’s neither here nor there. This is important: Observational Urbanism describes a school of thought going back at least to Jane Jacobs, and possibly Camillo Sitte, in which intense observation of cities and towns forms the basis for ideas and theories. In my piece, The eyes have it, I connect this urban design approach to the first generation of new urbanists, who often traveled the US finding neighborhoods and towns they loved—using these places as inspiration for designing new urban projects. The specific places studied were not simply personal choices, but were often confirmed through public input in community design charrettes.

The likes of Jacobs, William H. White, Jan Gehl, and new urbanists, paid attention to theory, but observation came first. They developed ideas out of observations. It should be noted that they were writing and practicing at a time when radical theories had taken over urban design that were at odds with the history of city and town building. So, observation was particularly important in the second half of the 20th Century. And yet observation continues to be a valuable test and correction to theories, including new urbanist theories. The observations may be confirmed by empirical study, and yet the design of great places cannot be reduced to mathematical research. As I wrote 10 years ago,

“Jacobs not only saw things differently with her own eyes, but she habitually observed, measured, and walked the city. She took nothing for granted and internalized everything around her. If the theories did not fit her observations, she trusted her senses.”

Similarly, the designers of early new urbanist projects were inspired by Jacobs, but Death and Life was fairly useless as a design manual—especially for a new town like Seaside, Florida. Andres Duany and Elizabeth Plater-Zyberk, along with developers Robert and Daryl Davis, visited cities and towns throughout the Southeast—observing and measuring these places in detail. That has been the New Urbanism method ever since, dealing with every kind of community plan, from hamlets to big-city downtowns. Find the most valuable and loved real estate in a community, and measure it. Use the measurements not as a determining factor, but as a guide to designing a new place.

New urbanists verify everything with their own eyes, again and again. Ten year ago, I dubbed this “Observational Urbanism.” It is a powerful method and it stands in direct opposition to academic theorists who trust ideas and intellectual fashion more than their own observations and experiences.

Haas, who is an associate professor of urban planning and design KTH Royal Institute of Technology in Stockholm, has ambitions to take Observational Urbanism to a higher level. Dr. Haas wants to develop a methodology for urbanists to apply, more rigorously, the technique of acquiring data through observation.

Haas points to a 2016 paper by Kim Dovey and Elek Pafka of the University of Melbourne, Australia, that explores the history and concept of Observational Urbanism in detail (without using the actual term). This paper, The Science of Urban Design?, is worth a read. This school of thought, which includes Alexander, Sitte, Lynch, and others, also relies heavily of diagrams, according to Dovey and Pafka. The authors don’t mention new urbanists, but this movement has made powerful use of diagrams, including the five-minute walk, the Rural-to-Urban-Transect, and recent work on the 15-minute city.

In the meantime, we can now celebrate the 60th Anniversary of Death and Life of Great American Cities. Jacobs continues to have an enduring legacy. Although some academics have challenged Jacobs’s ideas—using, Dovey and Pafka claim, faulty empirical analysis—more recent research has supported many of her core claims.

I can’t improve on how I ended the piece 10 years ago:

“Let’s hope that the planners of the next half-century continue to revere Jacobs and reject the siren song of intellectual theory divorced from the senses and common sense.

“Thanks to Jane Jacobs, ‘observational urbanism’ has steadily gathered momentum for five decades. We need it to grow stronger still.”