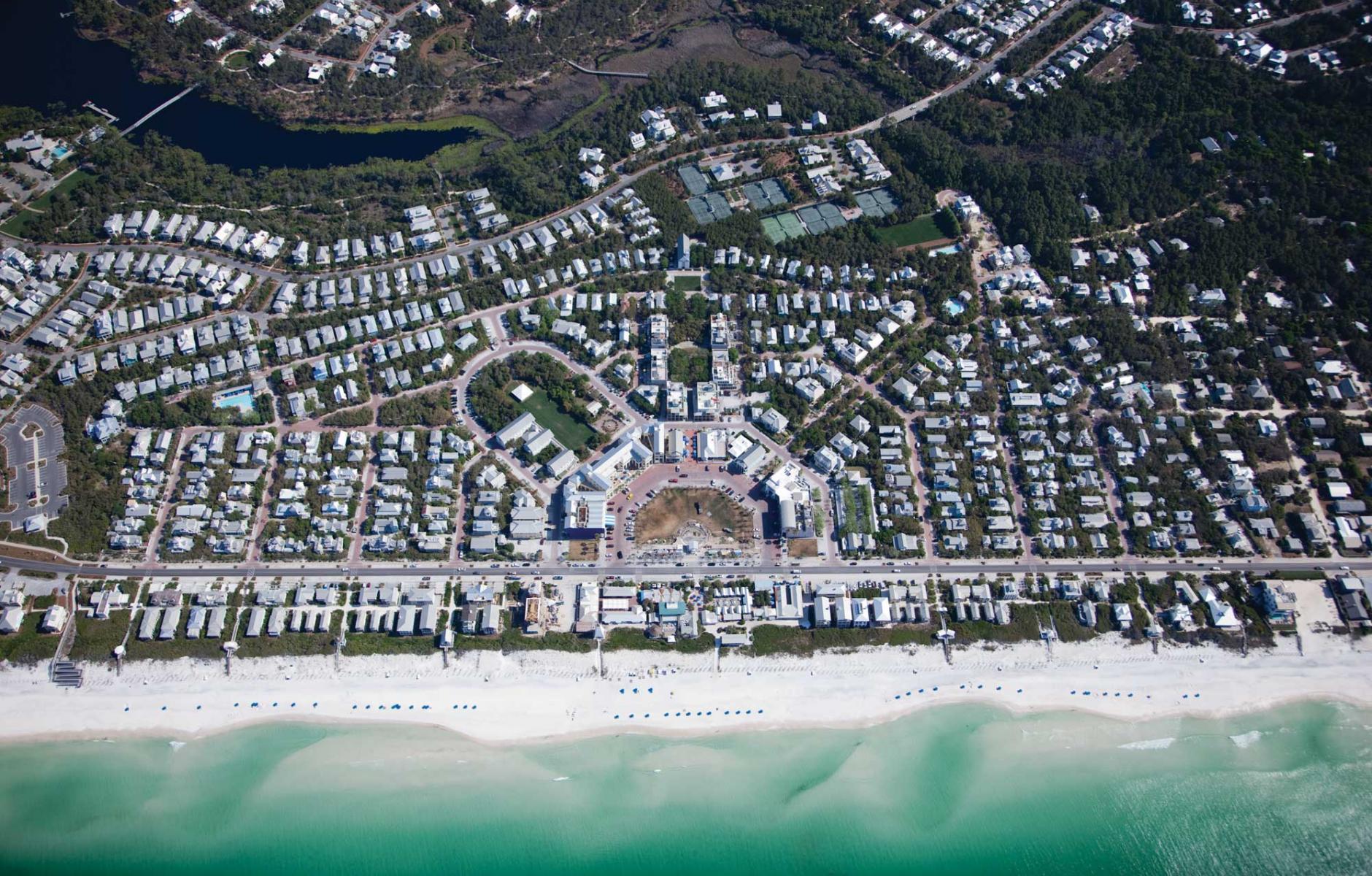 Harvard to New Urbanism: A bit of long-due respect

Review of City on a Hill: Urban Idealism in America from the Puritans to the Present, by Alex Krieger, Harvard University Press, 2019.
ROBERT STEUTEVILLE   &nbspNOV. 26, 2019

For 30 years there’s been an unwritten rule at Harvard—and many elite US universities that follow Harvard’s lead—“keep your distance from the New Urbanism.”

Twenty years ago, Harvard held a series of events that were framed as debates between new urbanists and Harvard faculty and students. These were entertaining and revealing, as reported by Dan Solomon, a CNU founder, in my publication at the time, New Urban News. “In the end it was Alan Altshuler, Harvard Professor of Urban Policy, who spoke of his “muted admiration” for New Urbanism, but that he was ‘afraid to speak its name.’ ”

When a Harvard professor liked New Urbanism, he had the sense to keep his mouth (mostly) shut. If Altshuler were a professor of architecture, not policy, he probably would not have gone so far as to admit even muted admiration.

In 2011, when Harvard landscape architecture professor Charles Waldheim debated Andres Duany—another CNU founder—at CNU in Madison, Wisconsin, the Harvard stance had not changed. There were some points of agreement, but not on the fundamentals of New Urbanism—such as interconnected networks of streets and buildings that face the street. Waldheim was critical of any idea that “maps easily on a 19th Century street grid,” which includes most of the Charter of the New Urbanism.

Waldheim is a leading proponent of Landscape Urbanism, and that’s high design, which is Harvard’s wheelhouse. New Urbanism has great design, but it is not too high to be out of reach of average folks. Never the two would meet, until, maybe, now.

Harvard recently tossed two bouquets to the New Urbanism in the space of a short period of time—so maybe there is a change in the wind. The most notable arrangement, albeit one with a few weeds, was given by Alex Krieger, a professor of practice of urban design at Harvard’s Graduate School of Design (GSD), and a former GSD director. Wrapped among criticisms in his new book City on a Hill, Krieger recognizes that New Urbanism has provided important solutions to serious problems. “A key insight [of New Urbanism] was that conventional zoning ordinances prevented the replication of charming places such as Marblehead,” he writes. “Other insights brought forth by the New Urbanists included their challenge to the department of Transportation single-minded concern for the movement of cars.” New urbanists also promoted transit-oriented development and changed the public perception of public housing through its design guidance of HUD’s HOPE VI program, he writes.

Wow. Krieger’s critiques of New Urbanism, on the other hand, feel a little pro-forma—such as the argument that CNU has focused mostly on suburban development. Even that is muted by an observation from when Krieger’s attended the 25th anniversary of Kentlands, a traditional neighborhood development in suburban Gaithersburg, Maryland, a few years back. He writes about how lively the place is. “But the most impressive aspect of the weekend in Kentlands was not its Main Street, but its residents’ enthusiasm for the place. Many of them, both young and old, told heartwarming stories during the anniversary programs or testified in other ways to what a good place Kentlands was to grow up in, and grow old in. Small-town life, though its qualities are often exaggerated, does now and then deliver on its promises for Americans—and thus keeps their small towns etched in memory.”

New Urbanism occupies 12 pages or so of a 400-plus-page book, and City on a Hill offers insights into many important chapters in the creation of the US built environment, from the Jeffersonian grid, to the Olmstedian parks movement—Frederick Law Olmsted and his followers founded the landscape architecture and urban design professions in America, Krieger notes—to the 1893 Columbian Exposition and the City Beautiful movement. Of the latter, Krieger points out dividends that many take for granted, such as how the 1909 Daniel Burnham plan for Chicago pioneered modern city waterfront ideas. Burnham was decades ahead of his time in securing the waterfront for public parkland. Krieger quotes Burnham: “ ‘The lake front by right belongs to the people. … Not a foot of its shores should be appropriated by individuals to the exclusion of people.’ ” Such a statement “was virtually unheard of in 1909,” Krieger says.

City on a Hill has a great deal to say about the building of suburbia—a utopian vision that was realized to a greater extent than any idea since the Jeffersonian grid. Frank Lloyd was a tireless promoter of automobile-oriented suburbia, which he called Broadacre City.

“By 1942, even with the world at war, Wright amazingly managed to organize a citizens’ petition urging President Roosevelt to move the nation toward a Broadacre future. Sixty-four prominent Americans, including Albert Einstein, John Dewey, Archibald MacLeish, and Nelson Rockefeller, signed the petition,” writes Krieger.

The New Towns movement of the 1960s and 1970s was conventional suburbia wrapped in intellectual and socially-conscious packaging—notable examples include Reston VA, Columbia MD, Irvine CA, and The Woodlands TX—and this movement was tied into Walt Disney’s vision for EPCOT (the Experimental Prototype Community of Tomorrow).

Urban renewal—the flip side of suburbia—is also covered at length. Jane Jacobs referred to urban renewal as the “sacking of cities,” but these were also utopian visions to improve cities, Krieger says. The scale of investment in cities is unmatched today—such as tearing down 40 blocks of St. Louis riverfront neighborhoods to create a monument and make room for a highway. Although Krieger fully recognizes the damage that was done, he yearns for similarly ambitious federal policy today. Maybe this time we would get it right.

Speaking of Jacobs, she is hardly mentioned, although her nemesis, Robert Moses, gets a lot of space in the book. Krieger must have had a hard time drawing the line on what is and is not “urban idealism.” Most urban planning ideas are somewhat idealistic. Maybe in Krieger’s mind, Jacobs is too practical to be called an idealist. If so, he has a point.

“One might suppose that such activist architects, seeking to enlarge their sphere of influence, would consider Olmsted and his peers to be founding heroes of their profession. Were not Olmsted and his colleagues practicing as landscape architects and urban planners, inventing both these disciplines with their work? … Well, yes, but their sensibility—favoring naturalistic aesthetic effects—is largely out of fashion among progressive landscape architects.”

This brings us back to Waldheim, who recently conducted a gracious, sympathetic and highly respectful podcast interviewing CNU co-founder Plater-Zyberk, who discusses form-based codes, other new urbanist ideas, and cities in general. That’s the second bouquet that I refer to.

With Krieger’s book, which I recommend, and the interview by Waldheim, I sense a possible sea-change. The New Urbanism has hung around and nurtured many ideas with staying power. It no longer can be pigeon-holed by the ivory tower. As Krieger points out in City on a Hill, the accomplishments of the New Urbanism command respect.