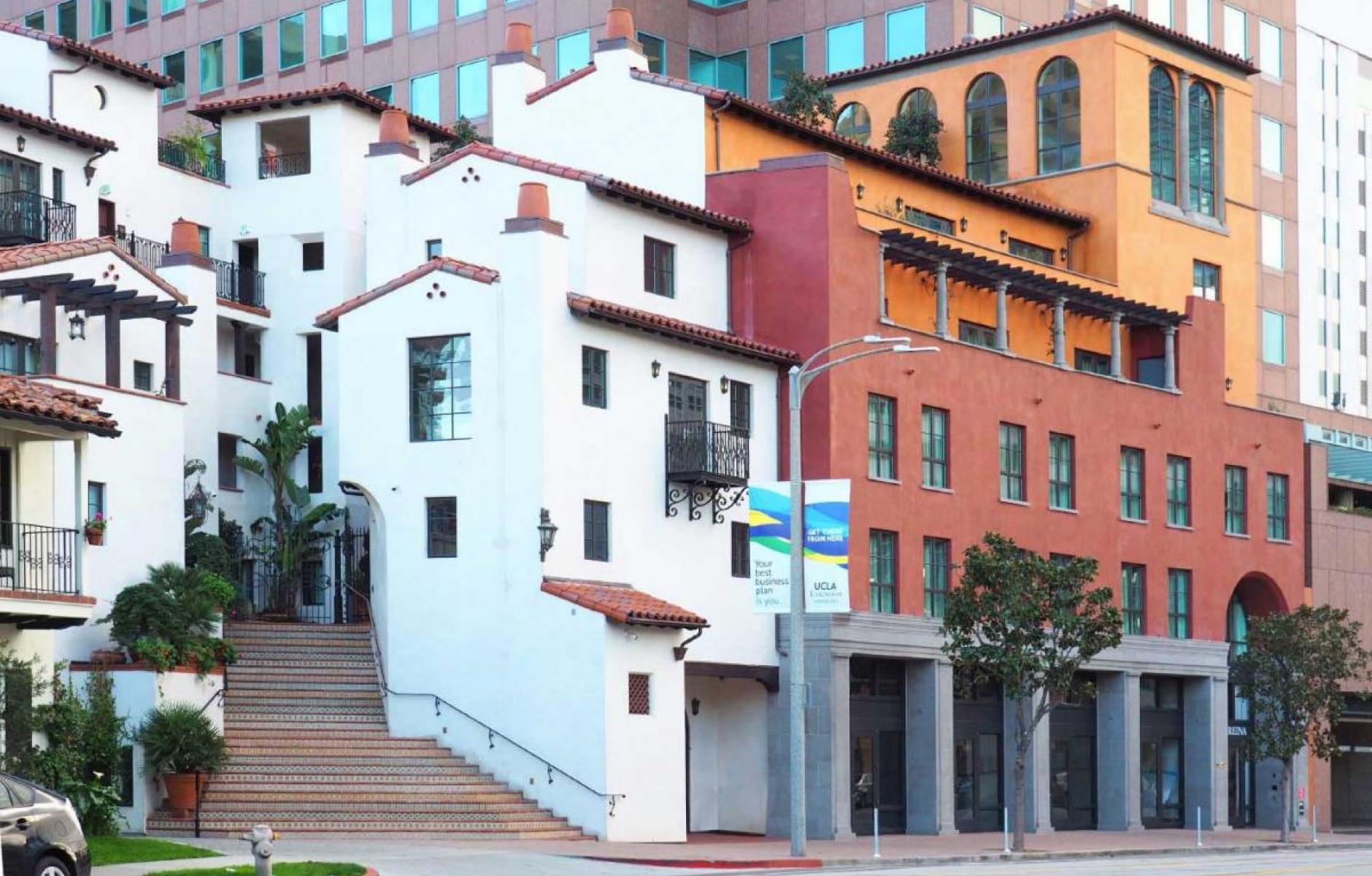 The timeless and artful Plaza La Reina, a new hotel in a transit-oriented Los Angeles neighborhood, shows the impact of a building on a city.
ROBERT STEUTEVILLE   &nbspJAN. 24, 2018

With its wide steps opening onto the street corner like a gift to the neighborhood, Plaza La Reina looks like it should have been part of Westwood Village from the beginning. Los Angeles Mayor Eric Garcetti referred to the Moule & Polyzoides designed hotel as an “architectural jewel in Westwood’s crown.”

“The courtyard, sheltered from the street, serves as an outdoor living-room to savor the mild climate,” notes Laura Lake, co-president of the neighborhood organization Save Westwood Village. “The rooftop terrace and banquet room provide a romantic venue for social events with a view of the lights of Westwood twinkling below. This is true placemaking.”

The new hotel sits between two story residential on one side and a high-rise office building on the other. How can a building gracefully bridge that change in intensity? Using stepped-up height and massing, the new hotel makes the transition gracefully. While the western part of the building pulls back from the street slightly to match the residential units on the next block, the eastern half continues the mixed-use street wall of taller buildings at the center of Westwood.

Plaza La Reina is within a block of the planned METRO Westwood station. It meets the goals of SB375, a California state law aimed at reducing greenhouse gas emissions, by intensifying land use around transit stations. Lindbrook Drive is part of the city’s Great Streets program, and the building adds to the appeal and character of the thoroughfare.

The two-building massing, and the complex roof profile, are complemented by a ground floor design that encourages experiencing the building close up. The entrance to the hotel, classical details of the shopfront, and remarkable steps to the courtyard contribute to the unique pedestrian-scale character of the neighborhood.

Westwood Village is a pre-World War II development that was built in the form of a neighborhood. While the residential areas remain intact, the center has been disfigured by the construction of too many large-scale buildings due to the adjacent UCLA campus. Plaza La Reina is designed to offer a new model that respects the character and local architecture—while still providing density and mixed-use as appropriate to the location near transit. 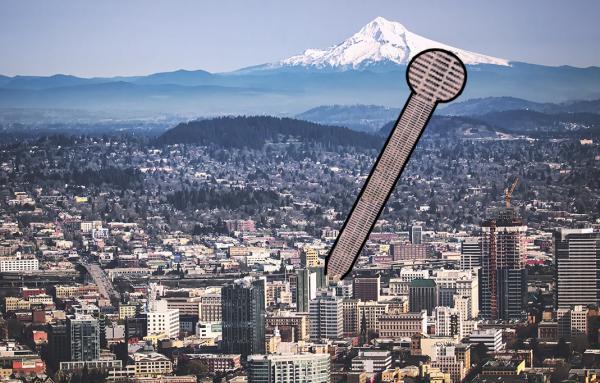 We need ‘Goldilocks,’ not ‘voodoo,’ urbanism