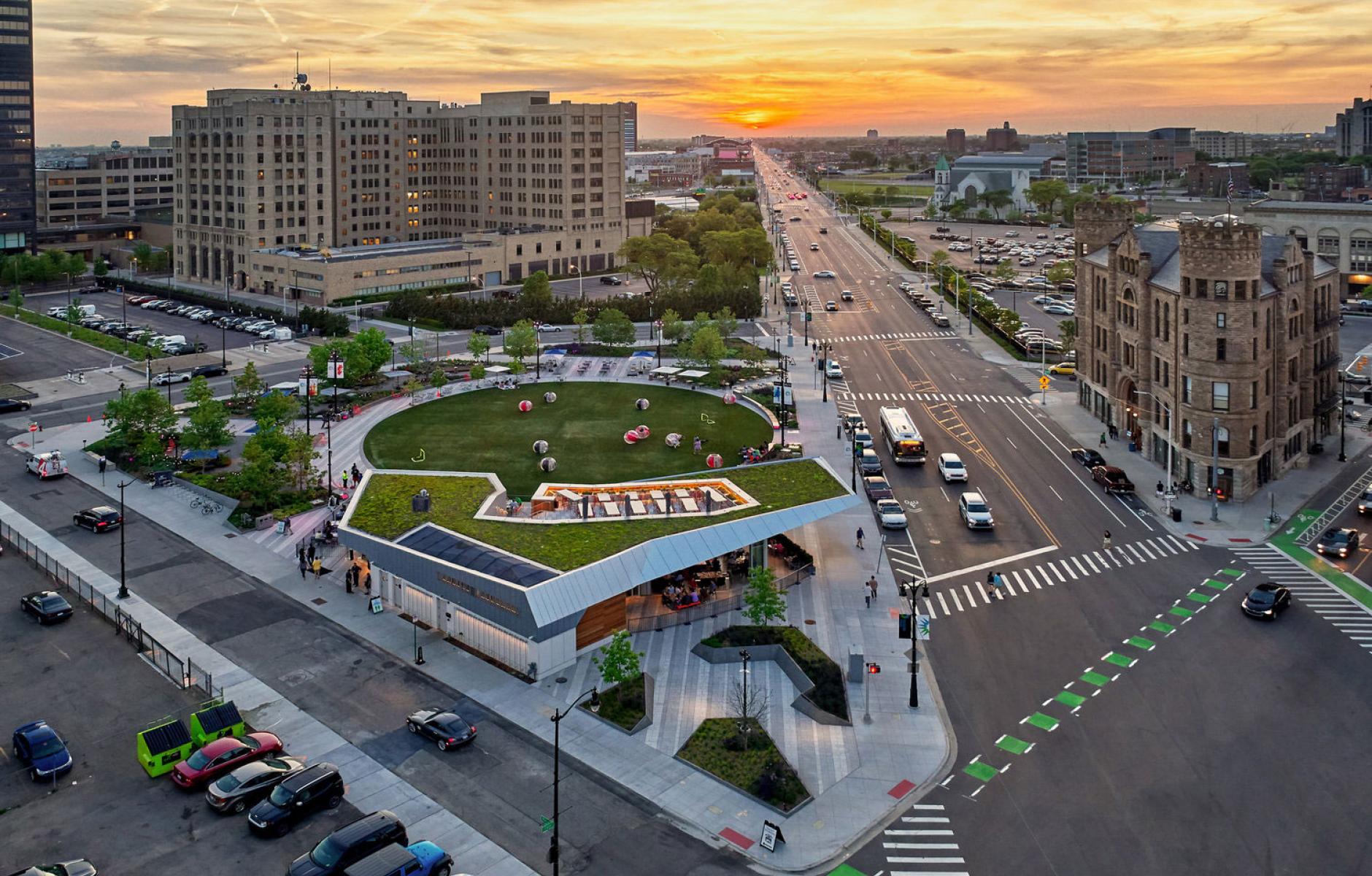 A "pop up" park has evolved into a major downtown Detroit square that is anchoring a neighborhood revitalization.
ROBERT STEUTEVILLE   &nbspJUL. 23, 2019

Beacon Park was conceived and built by DTE, a utility company that provides electric service to 2.2 million customers in Southeast Michigan and natural gas company serving 1.3 million customers in Michigan. The project began as an effort to clean up a vacant parcel in the neighborhood where the corporation is headquartered. Initially, the plan was to install a “pop-up” park until a suitable redevelopment could take place.

Through a community engagement process, the vision grew into a permanent square located at the corner of Grand River, one of downtown’s five radiating arteries, and Cass Avenue. The park serves as a gateway to downtown, and includes a circular open lawn that is the largest in downtown Detroit—giving residents and workers room to run, play, relax, and recharge. 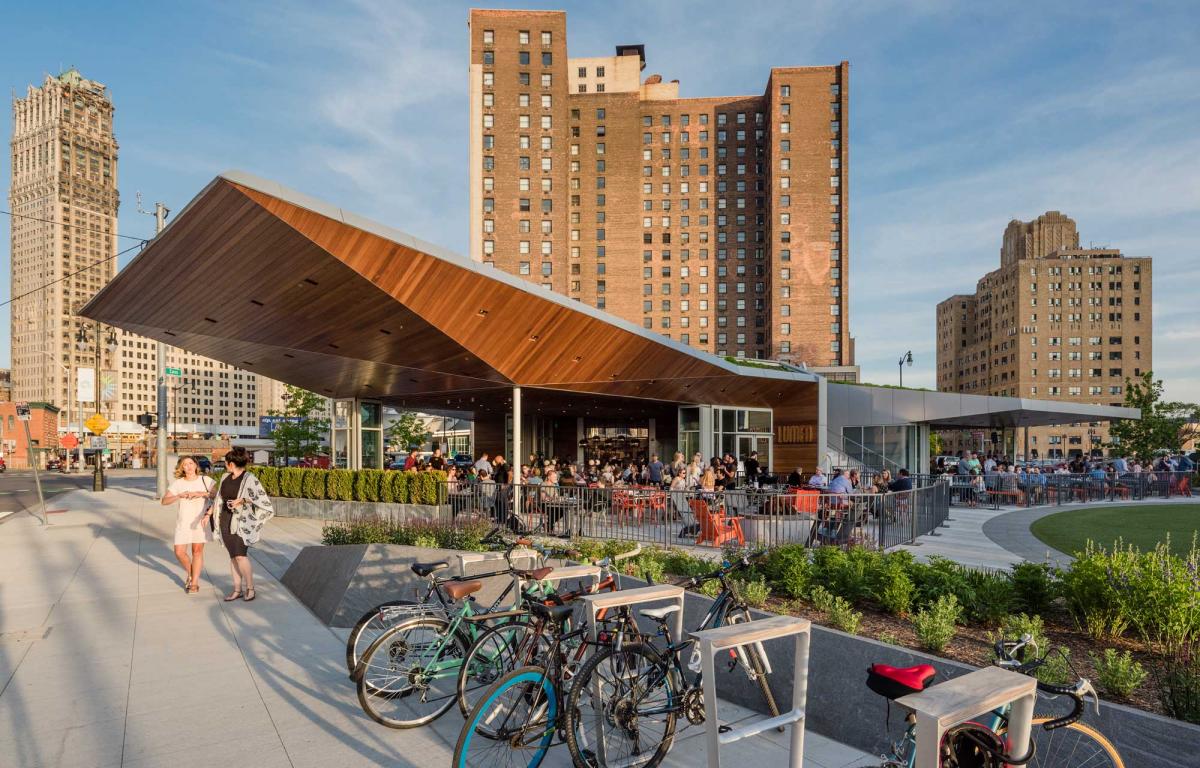 The design led by landscape architects livingLAB and architects Touloukian Touloukian includes a flexible-use modern-style building that contrasts with surrounding historic buildings. It is home to the restaurant Lumen, offering New American fare in an open-air setting. The park’s year-round programming consists of concerts, sports, night markets, interactive art installations, and community events and is managed by the Detroit Downtown Partnership, a local nonprofit. Beacon Park’s dramatic backdrop is the city’s skyline, and Detroit Mayor Michael Duggan said, “The transformation of this space is nothing short of remarkable.” 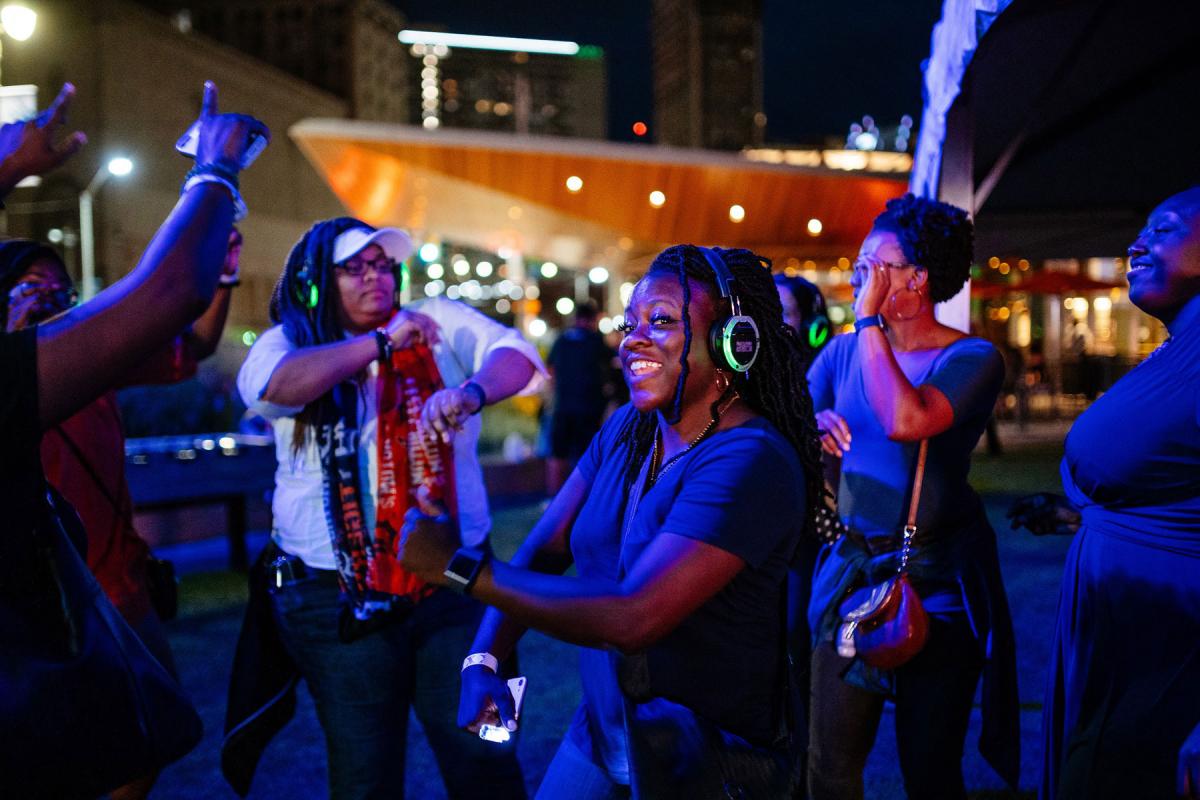 Beacon Park testifies to the power of a public space to revitalize a neighborhood. This part of downtown had been full of vacancies and parking lots, leaving residents feeling isolated from the rest of the city’s regenerating downtown core. The park is a catalyst for $140 million in redevelopment in the immediate vicinity, including the neighboring Leland apartments, which will be converted to 340 affordable and market-rate apartments. Beacon Park’s energy is transforming the surrounding neighborhood, revitalizing a long-languishing part of downtown, and creating a welcoming entrance to the city’s core.

Beacon Park won a 2019 Merit Award from the Congress for the New Urbanism (CNU) for livingLAB and Touloukian Touloukian Inc. DTE Energy is the owner of the site and Downtown Detroit Partnership is the public agency. The winners were formally recognized at CNU 27 in Louisville. 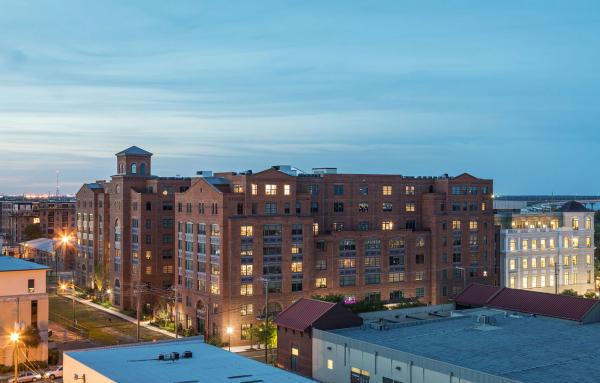 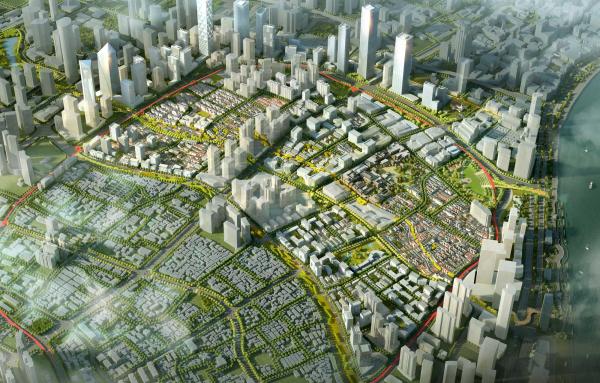 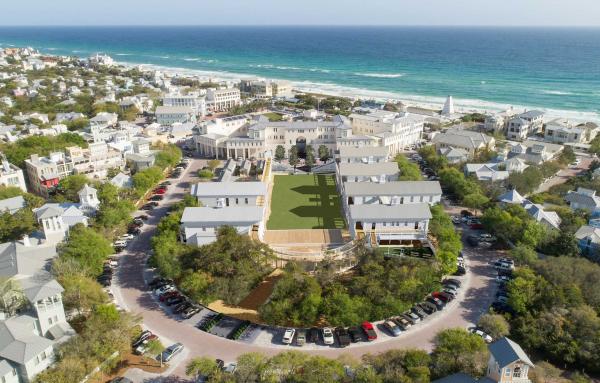