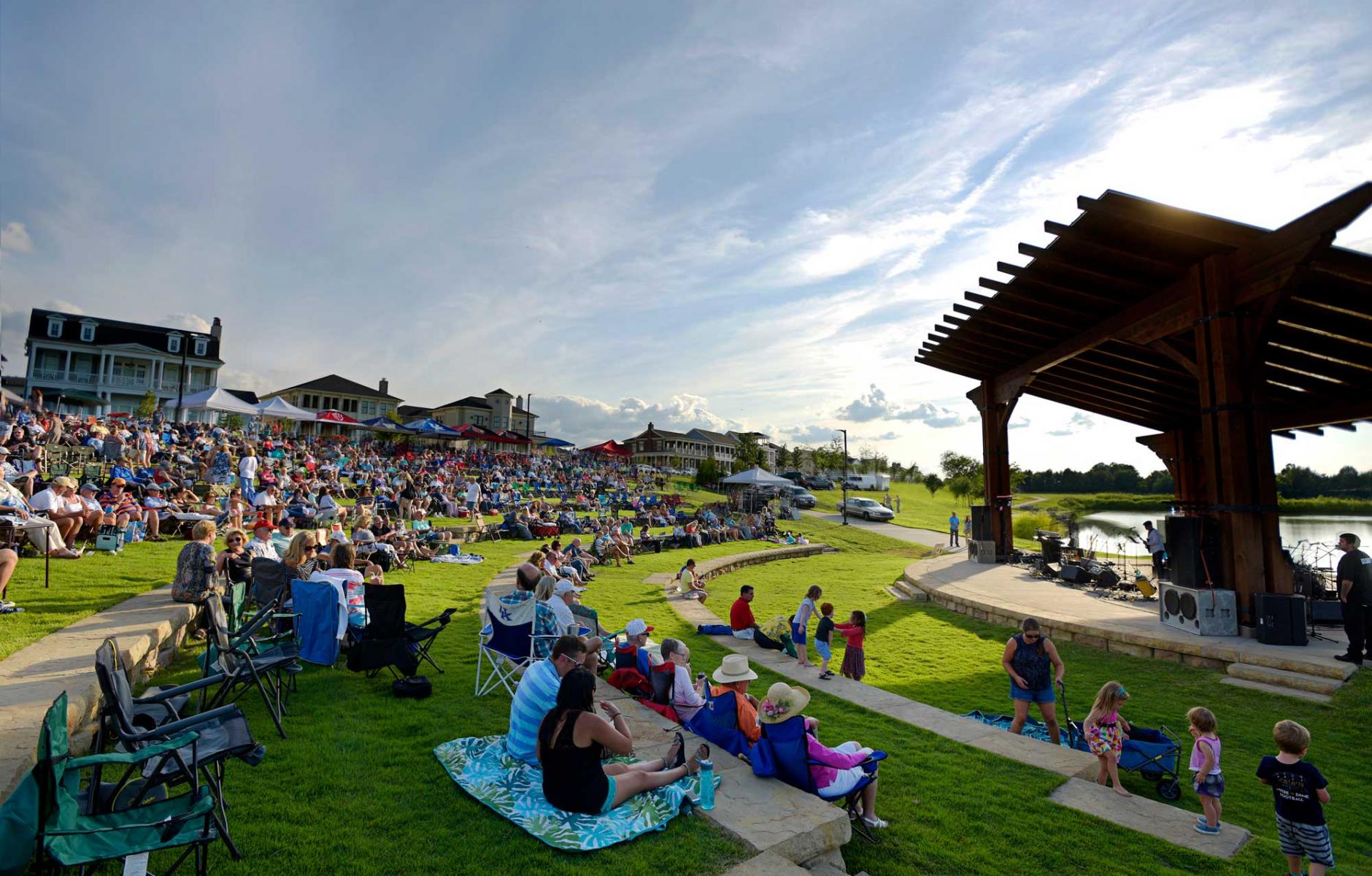 A Charter Award-winning development in Louisville has challenged conventional models of retail and civic space and provided a model for how the city can grow in the pattern of its historic neighborhoods.
ROBERT STEUTEVILLE   &nbspJUN. 10, 2019

The historic city of Louisville, Kentucky, (where CNU 27 is taking place this week) consolidated with all of Jefferson County in 2003. In doing so, Louisville took in much of its conventional suburban hinterlands. A new development began construction that year, now inside the city, showing how growth can follow a pattern that is compact and connected like the city's traditional neighborhoods.

Norton Commons was conceived as a mixed-use neighborhood that would celebrate the concept of community. The previous use for the 600-acre parcel was a farm that showcased progressive agriculture techniques. As the surrounding land developed into sprawl, and building on the farm looked inevitable, the development team and the Norton Family Trust hired DPZ to design a community that would provide a model for more sustainable development practices. After the weeklong charrette in 1997, approvals took seven years.

Construction began in 2003, and the development challenged the prevailing pattern of low-density, single-use sprawl in Metro Louisville. Mike Watkins, initially with DPZ , was hired to be the town architect. From the beginning, Norton Commons confounded expectations. Built on the neighborhood model of a mixture of uses and housing types in a connected network of streets, the market strength of Norton Commons was tested in the years following 2008. During the nationwide housing crash and severe recession, Norton Commons garnered 15-30 percent of the annual new home sales volume in Metro Louisville and was by far the top selling community.

Norton Commons also challenged prevailing models for mixed use and retail. No walkable or mixed-use centers existed within a 5-mile radius of the site. The only retail and services in the vicinity were located in big-box shopping centers along I-71 and nearby I-265. Despite a lack of arterial roads through the site, more than 70 successful businesses, all local, have created a regional mixed-use destination. The secret of the commercial success has been shopfronts embedded in a mixed-use urban fabric with a very active public realm.

The emphasis on civic space and activities also breaks the mold. In addition to a vibrant neighborhood center organized around a square and a linear park, the community features three schools, a church, three community pools, a YMCA, an outdoor amphitheater seating 2,500 people, a fire station, a fishing lake, walking trails, and a community garden.

Norton Commons’s greatest contribution as a new urbanist project is to balance its single-use zoned, suburban location by creating a walkable, mixed-use, and event-focused regional node in a sea of sprawl. The guiding vision was to urbanize the land while preserving a sizable percentage as a shared amenity, open to the public as parkland, playgrounds, and gathering spaces.

“More than a study, more than an idea, Norton Commons is an example of the Great American Small Town, modeling a better place to live for the citizens of Louisville,” says Charles Cash, former director of the Louisville Metro Planning and Design Services.

Norton Commons won a 2019 Charter Award from the Congress for the New Urbanism (CNU) for Traditional Town, LLC, the developer. The urban planner is DPZ CoDESIGN, The architect is Michael Watkins Architects. The engineering and landscape architect is Sabak, Wilson & Lingo. Placemakers, LLC is a consultant. The public agency is City of Louisville. The winners will be formally recognized on June 14 at CNU 27 in Louisville.