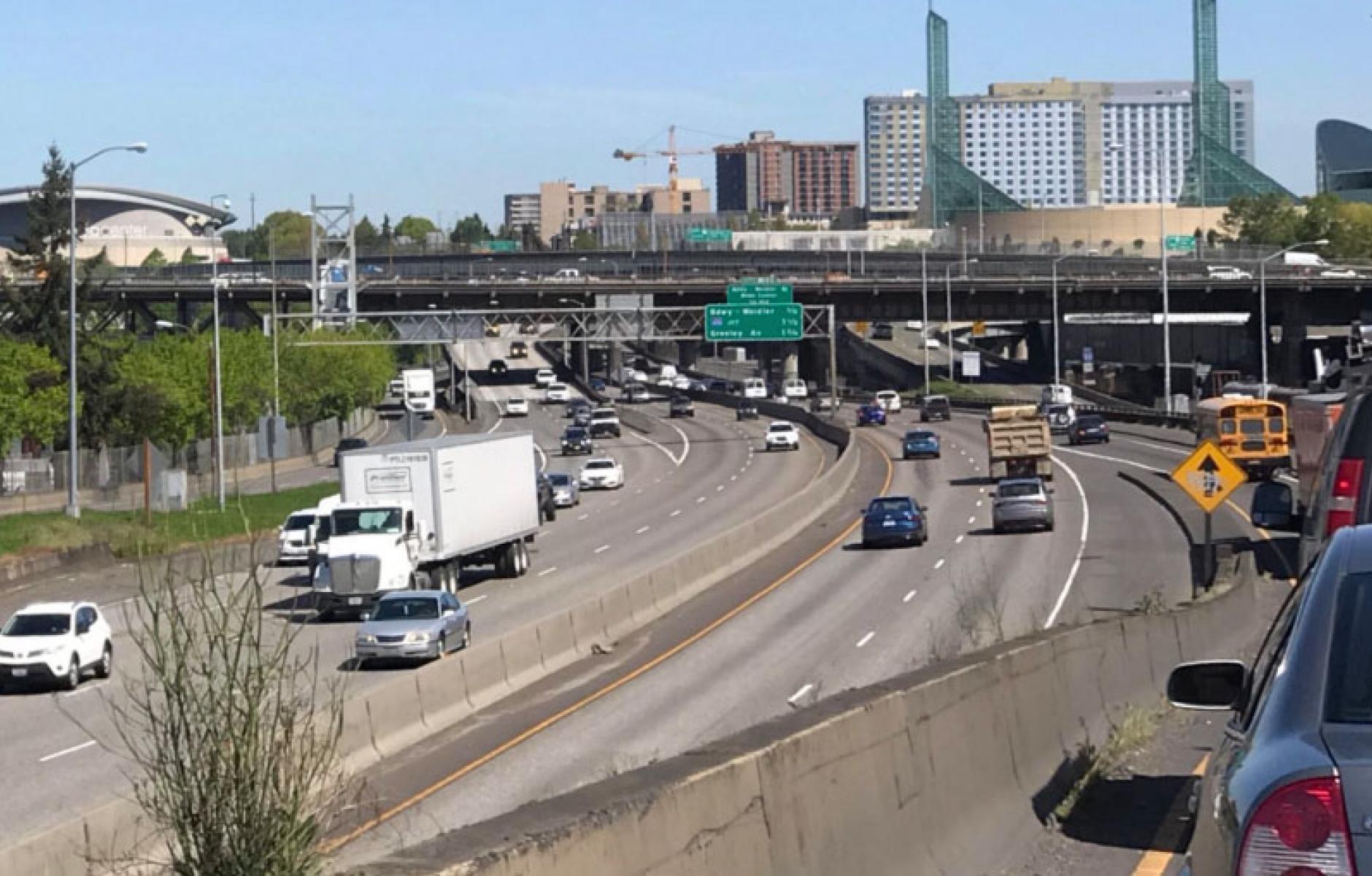 The halting of three in-city freeway expansions highlights a new momentum on reversing the damage of highways through urban areas.
ROBERT STEUTEVILLE   &nbspJUN. 6, 2022

The tide is turning on in-city freeways—but the movement to reverse course on these thoroughfares is just gaining momentum. In recent weeks, three highway expansion projects across the US have run into roadblocks or ended entirely.

I-5 in Portland made CNU’s Freeways Without Futures list in 2019, in support of a proposal to remove I-5 completely through the city, rerouting its traffic on I-405. The current victory against I-5 does not go that far, only making the expansion less likely.

The Central Eastside neighborhood is projected to grow by 7,000 residents and 8,000 jobs in the next decade and a half. Removal of the highway would open up 43 acres for compact, mixed-use development, while knitting the neighborhood back together.

Meanwhile, in Denver, expansion plans for Interstate 25 through downtown have been put on hold for several years. Colorado DOT does not have the money to add new lanes to this highway now.

“I think people are starting to understand that these highways are really city killers,” said Matt Frommer, transportation analyst with the Southwest Energy Efficiency Project, told The Colorado Sun. “And we’re trying to build a more livable city. So I’m glad we’re leaving the capacity as is and hopefully using the $1.5 billion for other good stuff.”

Denver also had a highway on the 2019 Freeways Without Futures list, but that project is being built. The campaign to halt the I-70 expansion in Elyria, Swansea, and Globeville neighborhoods failed. It appears that opponents of highway widening are having better luck with I-25.

Also, in Los Angeles, the Metropolitan Transportation Authority voted to dump its $6 billion expansion plans for the 710 Freeway.

These changes come as the highways to boulevards movement is gaining stream. The federal Infrastructure Bill included $1 billion for this purpose. The amount allocated for construction is limited, but the $250 million for planning will fund an unprecedented number of studies for replacing freeways with surface streets.

In New York State, the governor and legislature has allocated significant funds towards freeway transformation in Syracuse, Rochester, Buffalo, and Albany.

I don’t expect that CNU and its allies will win every in-city freeway battle going forward, but the tide appears to be running against highway expansion, and with transformation.