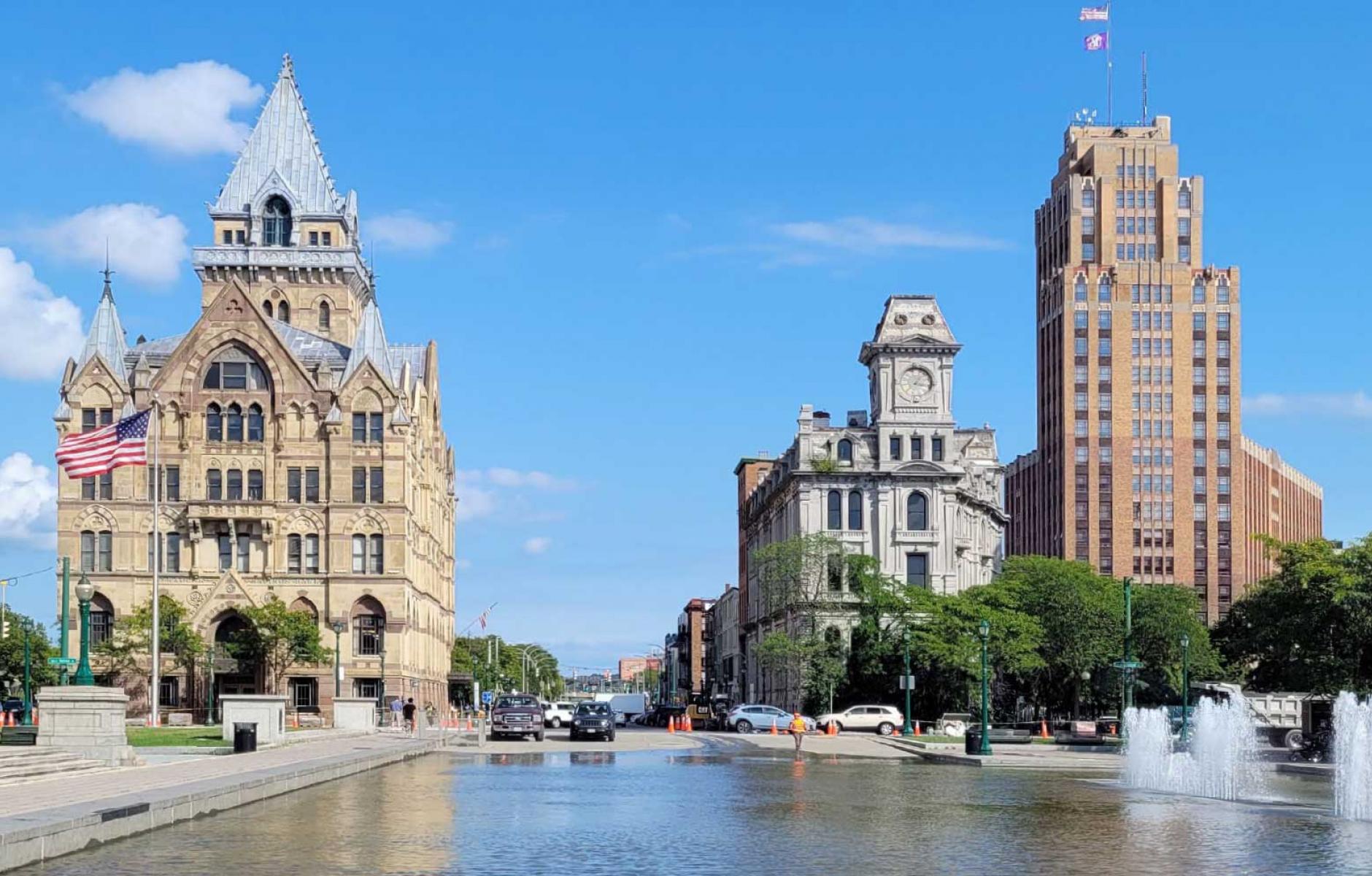 Receiver places, a term coined by urbanists for communities likely to gain migrants as climate problems grow, refers to not just physical places but also a process of preparing for change. “Managed retreat” is a related term, the other side of the coin to a receiver place. “Managed” implies that the retreat is planned and not chaotic. And those who are retreating will need some place to go.

“Receiver city,” is a synonym to receiver place. It has a certain ring to it and was used first—but these communities are not necessarily cities. Many are small towns, or even neighborhoods.

Jason King, author of The Climate Planner, notes that people often move close to home following a hurricane, flood, or other disaster. They might move to a safer neighborhood in the same city, or a town that is within 50 miles. Others will go to a different part of the country or world. The migration may take place over decades, and may respond to shifts in policies designed to accommodate climate migration. To new urbanists and communities, this could represent an opportunity.

“Climate migration presents an opportunity to change patterns of development and correct issues of social isolation, increased disease, and re-balance economic systems to benefit a society more broadly,” notes Matt Lambert, DPZ principal, in an essay. “To extract social benefit from this environmental tragedy, we must return to responsible regional planning before major migration begins. Should we take the normal route and wait, current patterns will continue, perpetuating growing metropoles and mega-regions.”

The urbanist organization Place Initiative recently issued two reports, one defines the principles of local climate change adaptation and mitigation, and another, a Receiving Geography Guide, provides 616 examples of receiver communities from across the US (the list will soon be updated and augmented).

Through a meta-analysis, we have determined regions with relatively low climate change risk exposure in the continental United States. From here, we factored in localized flooding risk and well-connected infrastructure systems that lend themselves well to building resilient communities.

Well-connected infrastructure systems mean mixed-use, walkable places where households can get by without an automobile—or at least with a “car-lite” lifestyle. These are often traditional, formerly industrial, cities and towns in the interior part of the US.

As defined by Place Initiative, the concept of receiver cities is not static, but evolving depending on how the communities respond to climate issues. The 616 communities are not necessarily dealing well with the climate threat now, but have the geographic “potential” to up their game.

Many of the larger Receiver Places on the list are northern and Midwestern “rust belt” cities like Detroit, Buffalo, Pittsburgh, Cleveland, and Kansas City that have lost significant population since 1960, and therefore have room to grow. The Place Initiative report is national, and emphasizes cities and towns that may receive in-migration from less secure parts of the US. If these cities plan to receive migrants, they could reverse their decline and achieve populations later this century that match or exceed their population peaks of the mid 20th Century.

A recent book called Move: The Forces Uprooting Us argues that Michigan will be the best state to move to in a warmer climate with uncertain water supplies. Michigan is the state with the second most communities listed in Place Initiative’s Geography Guide. The state with the highest number of communities? Minnesota. A recent report from Minnesota Public Radio interviews people who have moved to Duluth, partly because of climate change. The mayor of Buffalo, New York, has identified his city as a climate refuge city.

There will be Receiver Places on a more local scale, and this migration has already begun. In The Climate Planner, King offers a number of examples. King is a principal with Dover Kohl, and the urban design firm created a plan and a form-based code for Hammond, Louisiana, in the years following Hurricane Katrina. Hammond, which is 45 miles northwest of New Orleans, grew rapidly for several years due to migration from New Orleans. Dover Kohl’s plan addressed how Hammond could grow sustainably by repopulating the downtown, adding “missing middle” housing to neighborhoods, and transforming suburban commercial areas to mixed-use. The plan has changed the form of growth in Hammond, a town that is better prepared for a future role as a receiver place. “The town is now more ready to accommodate people when the next emergency comes,” notes King. “Retreat from the coast can begin without the panic, rush, and political pushback of a forced retreat.”

Some greenfield growth will take place, and that also requires more sustainable planning. The 3,400-acre Newfield, in Martin County, Florida, is being developed by Knight Kiplinger, head of the Kiplinger Media company. Ten miles from Florida’s vulnerable southeast coast, Newfield averages 26 feet above sea level, which means that residents will not have to evacuate except during the worst storms, writes King. Newfield is designed on the model of the 15-minute city, with daily and weekly needs, including employment, within a 15-minute walk or bicycle ride.

Planner and architect Dhiru Thadani is working on a personal project to document small towns across America. Many of these towns share qualities of receiver cities. Thadani draws a one-square-mile map of existing buildings and the street network of the town, and then a 10-square-mile map of the regional context. He creates some renderings. He has completed work on more than 100 towns. One example is the town of Jim Thorpe, Pennsylvania. (Jim Thorpe, a former anthracite coal-mining town that is now a destination for mountain bikers, has a high flooding risk, and yet its buildings have stood the test of time. The qualities of a receiver place are debatable.) In general, America’s small towns have great potential as receiver places.

See the CNU On the Park Bench episode on Receiver Cities and Towns with representatives of Place Initiative.