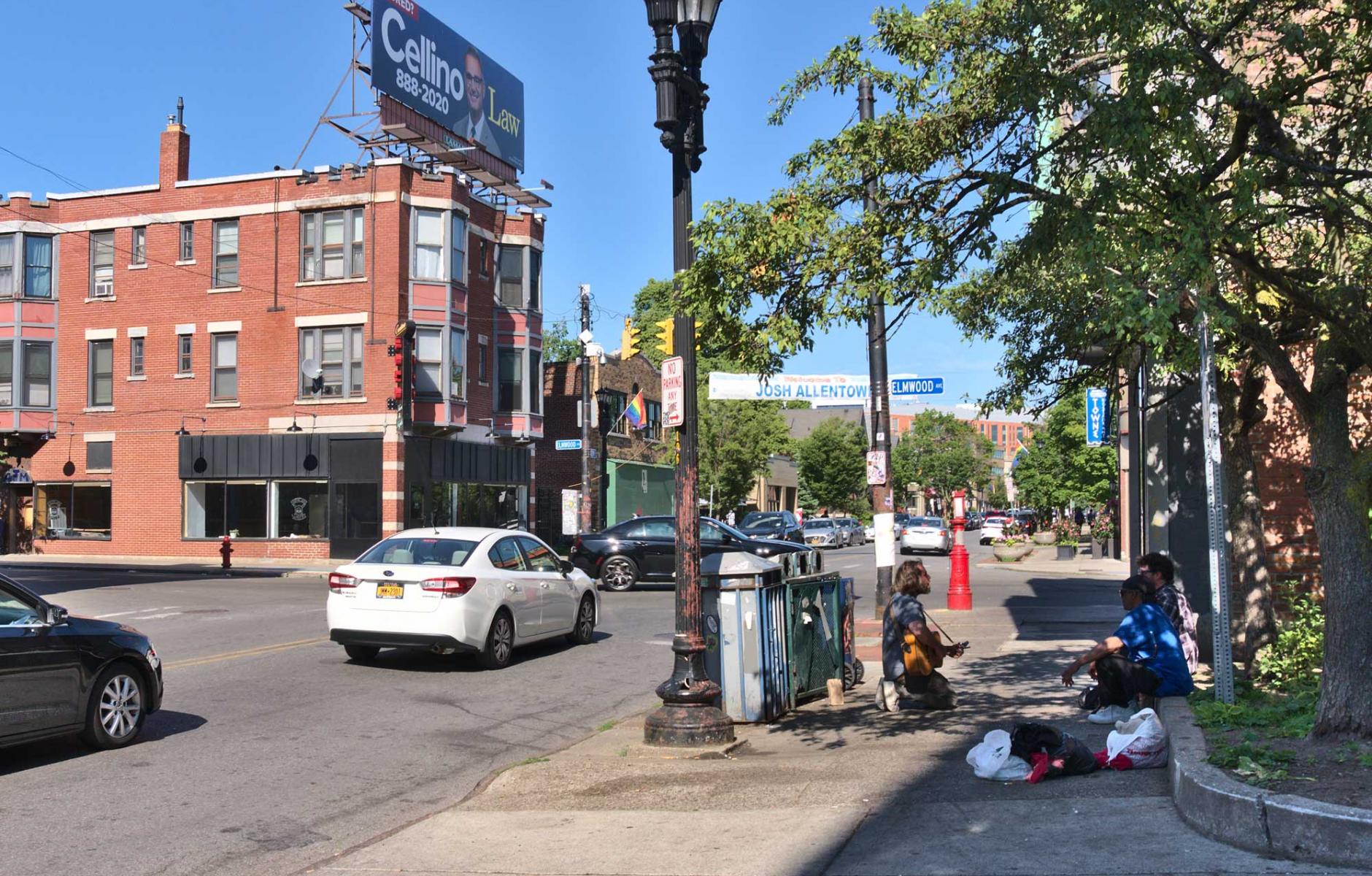 Great Lakes communities are prominent examples of what new urbanists often refer to as “receiver cities, towns, and villages.” They can prepare for migration by promoting growth that improves the quality of life of existing inhabitants.
ROBERT STEUTEVILLE   &nbspDEC. 9, 2021

As the world’s climate changes, experts are looking around for places that are likely to receive in-migration of population. A growing number are pointing to the Great Lakes region, from Upstate New York to Minnesota, and its historic cities and towns.

From a climate migration perspective, the region has many advantages. It is not subject to sea level rise or hurricanes, or prone to wildfires or drought—all of the climate-connected disasters that are common in coastal and southerly regions. The region’s most frequent extreme weather events, blizzards, are likely to be mitigated by a warming climate.

“The binational Great Lakes mega-region, which surrounds the largest freshwater in the world and is home to 107 million Americans and Canadians as well as a significant regional economy in North America, will be the destination of choice for many around the world who are seeking refuge from a rapidly changing climate and new economic opportunities,” said Mark Fisher, CEO of the Council of the Great Lakes Region.

A recent book predicts that Michigan will be the “best place to live” by 2050. In another sign of this thinking, some people are moving to Duluth, Minnesota—one of the coldest cities in the Lower 48—for its expected future climate and opportunities.

There are many scenarios for migration related to climate change. Some of them involve much shorter moves—to higher elevations within cities and regions. So Great Lakes communities are just prominent examples of what new urbanists often refer to as “receiver cities, towns, and villages.” They are likely to receive population from front-line cities.

Population loss over the last 70 years, at least in many US northern cities, offers room to grow with surplus infrastructure. Many of these cities also have relatively low property and land costs, allowing for incremental, small-scale development.

If communities are likely to receive climate migration, what can they do to prepare? And how can urban designers and planners help?

All of these strategic moves have something in common: They allow for growth while improving the quality of life of existing inhabitants. This is the opposite of what often occurred during the sprawl era, when residents learned to distrust and oppose growth. If cities are to gracefully receive migration, then residents must be confident that new growth will make the community better, notes urban designer Victor Dover of Dover, Kohl & Partners. That’s the opportunity that good design on the community scale offers.