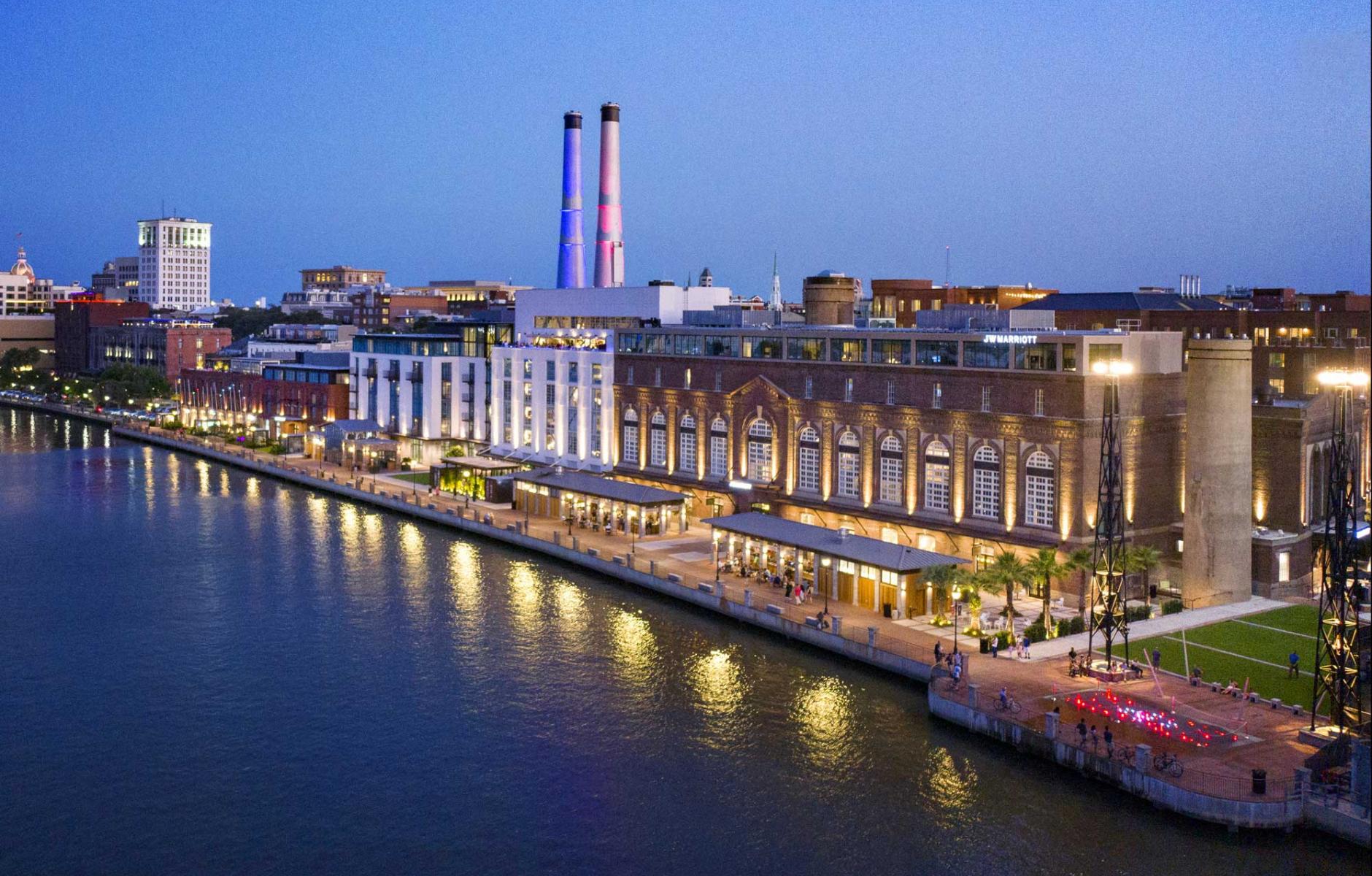 A new cultural epicenter for Savannah

Note: Charter Awards will be presented in a ceremony Friday evening, May 21, at CNU 29. Design for Change.

“It's easy to describe the results as beautiful and fantastic and exciting, and the Plant Riverside District is all those things, but the real story is that the team transformed an abandoned power plant surrounded by chain link and barbed wire fences into a thriving hub of activity,” notes Georgia’s Lt. Gov. Geoff Duncan.

The 4.5 acre, four-block area has a long history, starting as the city’s first freight port. When the port was moved to the west, the site served as a power plant built from 1912 to 1953. The plant closed in 2005.

The property was acquired by the developer in 2012, and an intense public design and regulatory process followed, including more than 35 hours of public hearings and multiple design charrettes. The design includes a significant expansion of Savannah’s public space. The district connects key rights-of-way from the oldest wards of the city to the riverfront, re-establishing public access that had been lost for more than 100 years.

The Power Plant and infill structures range in scale from one-story riverfront pavilions and kiosks, up to six-story mixed-use buildings anchoring the site, defining a layered public realm, and activating its edges. The most significant public space is the Martin Luther King, Jr. Riverfront Park, which completes the northern end of Martin Luther King Jr., Boulevard at the Savannah River, and includes the first and only monument to Dr. King in the City of Savannah.

The design takes its cues from the historic core of Savannah, with its 22 historic squares, providing an unusually large amount of public space for a downtown development (40 percent). “Learning from these principles, the design converted a 4.5-acre parcel of land owned by a single entity from being 100 percent private to over 40 percent public use,” according to the design team. “All of the public spaces are built for sustainability and resilience with durable, timeless materials, including granite, brick and bluestone and a generous use of trees and landscape.”

The Generator Hall from the power plant has become a cathedral-like indoor public space—an extension of the outdoor public spaces—with three levels of exhibits, all open to the public, interspersed with shops and eateries.

The businesses at Plant Riverside are primarily local, many sought out and recruited by the developer to create a place that is grounded in the city and region. “This magnificent redo of a hundred-year-old power plant has become the beacon and icon to Savannah’s future,” says Joseph Martinelli, president of Visit Savannah.