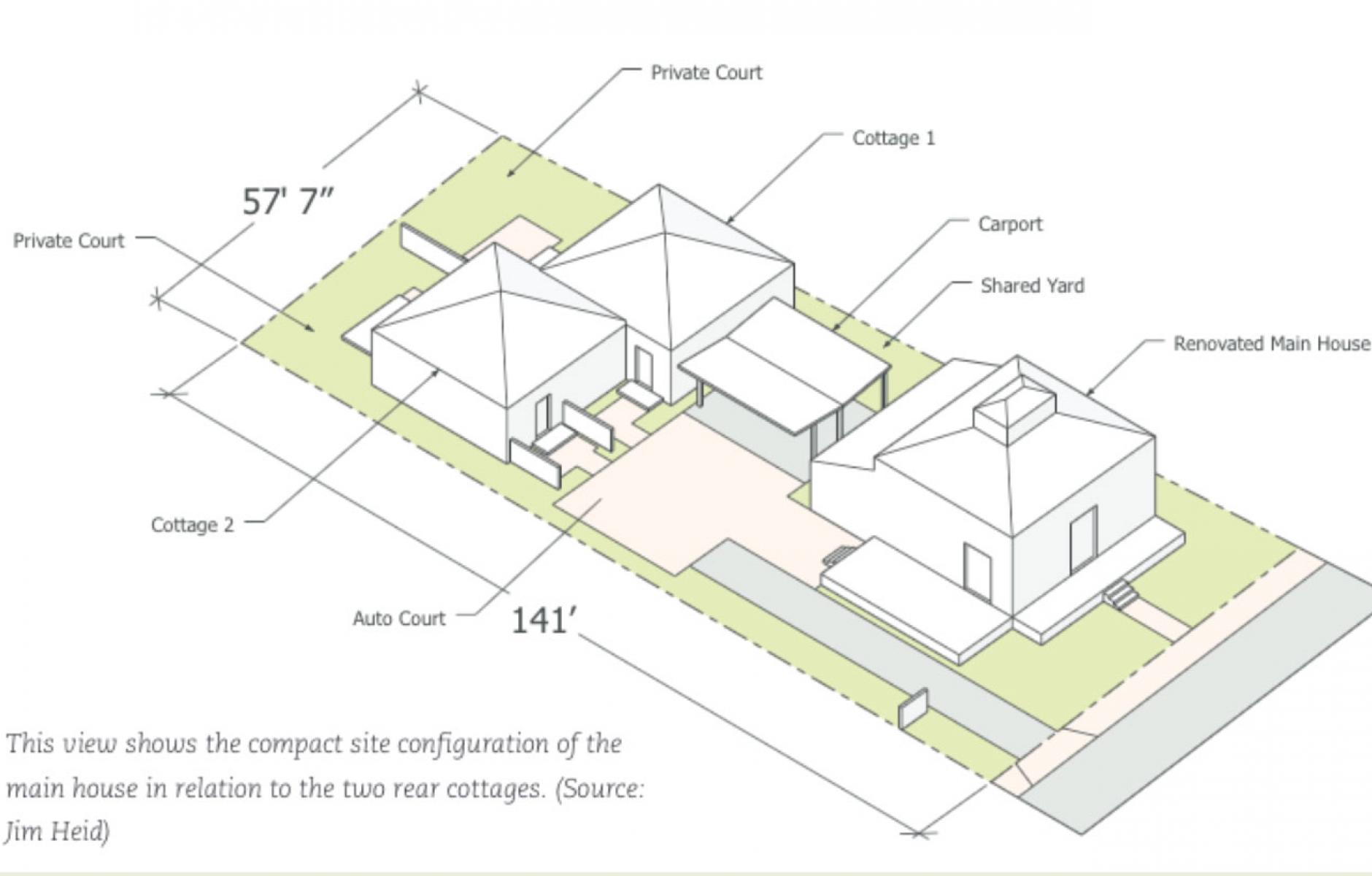 Enabling missing middle housing and compact neighborhoods are at the heart of land-use reforms in many states and cities.
ROBERT STEUTEVILLE   &nbspSEP. 23, 2020

California is the latest state to move forward with legislation that will promote more “missing middle housing” on what are now single-family lots throughout the state. The missing middle consists of various low-rise multifamily dwellings that are compatible with, and resemble, single-family homes.

CNU is immersed in this growing trend through its Project for Code Reform. The trend is driven by a frustration with the barriers of outdated zoning codes and the lack of housing affordability in many cities. The trend is evident in nearly every region of the country, from California to New England, and from the Pacific Northwest to the Southeast.

One California bill, AB 725, would require local jurisdictions to plan for more multifamily homes of at least four-plexes, and another, AB 69, would make it easier for homeowners to finance accessory dwelling units. Both bills are on the governor’s desk for signature.

The AB 725 legislation is complicated—it doesn’t mean the end to exclusive single-family zoning, but the state is moving in that direction. Another measure this year was adopted by the California senate and assembly allowing duplexes on most single-family lots statewide, but was not reconciled in time to be signed into law. One analyst thinks this bill will be back—it was unanimously supported in the senate.

California’s activity follows legislative changes and initiatives in many cities and states. The most notable case is the State of Oregon, where Housing Bill 2001 went into effect this year effectively eliminating exclusive single-family zoning and enabling a range of missing middle housing types statewide. “For cities of 25,000 on up, the bill allows up to four units per lot, including row houses and cottage clusters,” writes Dan Parolek in his recent book, Missing Middle Housing: Thinking Big and Building Small to Respond to Today’s Housing Crisis.

Portland followed the state bill with the recent Residential Infill Project, which the Sightline Institute called “the best low-density housing reform in US history.” The reform allows a wide variety of missing middle types on existing residential lots. It addresses affordability by removing on-site parking requirements from more than 60 percent of Portland’s residential land, making driveway construction optional, and capping the size of residential buildings to limit oversized, expensive houses.

Minneapolis also adopted landmark legislation in 2019.  The city first adopted a 2040 Comprehensive plan that called for up to three units on any lot in the city, and Council followed that with an amendment to zoning—writing that policy into law late in the year. That elimination of exclusive single-family zoning was widely reported in the news. The other Twin City, Saint Paul, adopted a comprehensive plan in 2019 that called for similar zoning reform.

The City of Atlanta adopted a zoning update in 2019 designed to accommodate a growing population—including reductions in off-street parking requirements and more opportunities for missing middle housing and accessory dwelling units (ADUs) in single-family neighborhoods. Atlanta architect and developer Eric Kronberg shows how a guest suite, guest house, and ADU can now be added to the single-family house—a total of four units—in that city.

Durham, North Carolina, reformed zoning laws in 2019 to allow ADUs and missing middle housing types, reduce off-street parking requirements, and reduce minimum lot size. In Durham, the typical single-family lot can be subdivided into two lots, one of which can have a duplex and ADU, and the other single house and ADU—a total of five units. In both Atlanta and Durham, two lots can form a cottage court.

CNU has worked primarily with the states of Vermont and Michigan, and it is now starting a similar effort with New Hampshire, delving into how these states can reform laws that impact local land use and development.

Vermont recently worked with CNU on a how-to guide on zoning reform. Vermont is now proposing legislation that will make it easier to build compact housing types in downtowns, neighborhoods, and village centers throughout the state.

Michigan has a “Redevelopment Ready Communities” program that prioritizes state funding on investments. The state requires inclusion and priority of missing middle housing in local policies in order for governments to gain certification. In 2018, working with the Michigan Municipal League (MML) and the Michigan Economic Development Corporation (MEDC), CNU published Enabling Better Places: The Users’ Guide to Zoning Reform, which focused a lot on enabling missing middle, in addition to dealing with other barriers to compact development.