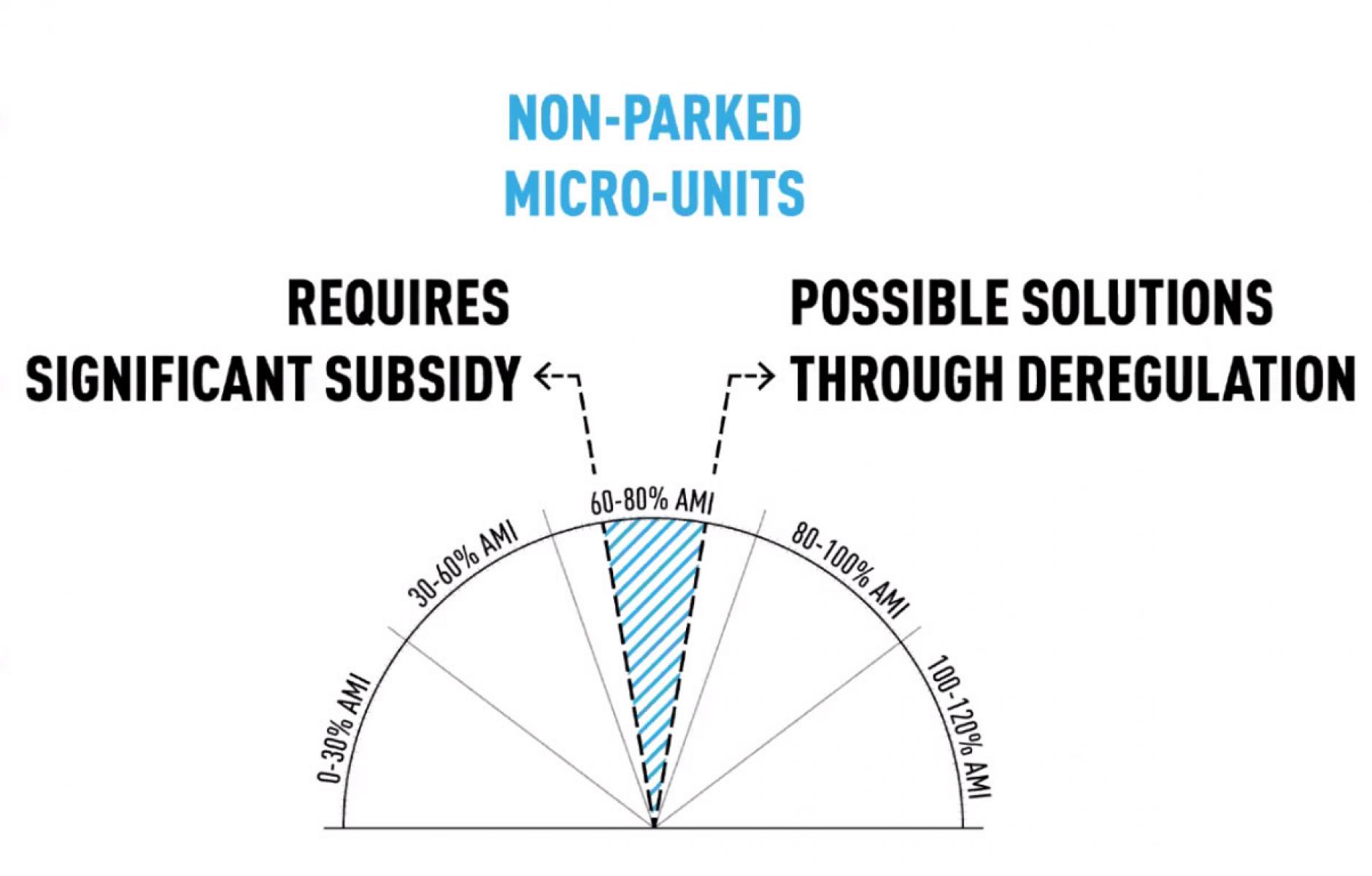 Durham, North Carolina, and Atlanta, Georgia, are part of a nationwide trend of reforming single-family-only zones to allow for a diversity of housing options.
ROBERT STEUTEVILLE   &nbspJUN. 11, 2020

Cities like Atlanta and Durham, North Carolina, are making changes to their zoning ordinance to substantially increase housing choices in former single-family-only (SFO) zones, according to experts at CNU 28.

CNU 28.A Virtual Gathering, kicked off June 10 with 83 sessions and 17 special events, ending June 13. As of Friday, attendance is now in the top 10 of all congresses, but is down from peak attendance in the last two years. The session was called Zoning and Affordability with Eric Kronberg and Elizabeth Ward, both architects with Kronberg Urbanists + Architects, and Yonina M. Gray, Director of External Relations for the Reinvestment Fund.

Housing choice, Kronberg says, derives from a variety of housing types and sizes, differing lots sizes, and mobility options, to support a variety of people. Places with housing choice tend to have: smaller units, light parking requirements, walkable and mobility-rich areas, and yet maintains their historic character.

A surprising 75 percent of land in typical cities is zoned for SFO, according to Ward. Unaffordability is one a symptoms of exclusionary zoning, she says. So is a lack of economic resilience, because exclusionary zoning creates lower land values and must support the same infrastructure with fewer living spaces.

Through smaller minimum lot size, and legalizing accessory dwelling units (ADUs) and duplexes, and other reforms, the same amount of land that supported two units can accommodate many more units—20 units per acre or more, Kronberg says. That goes a long way toward providing the tax revenue to support long-term infrastructure and services, he explains.

Where should a city begin?

Incremental change is the best strategy, says Kronberg. For example, allowing ADUs is a gentle way to begin the zoning reform process, because ADUs do not impact the built form of the neighborhood as viewed from the public realm. In other words, people cannot tell that the ADUs are there. When nothing bad happens after ADUs are adopted, that builds trust for other reforms, Kronberg says.

Also, reform zoning where you can have the most impact—and that means older neighborhoods that are typically within about a half mile from downtown or a main street district. That means that residents can live a “car light” existence and save substantially on housing costs.

However, capital is a barrier. ADUs may require $150,000 in capital, paid for through either cash or home equity, he says. Zoning reform is not sufficient to create more housing options and higher density, he says. Access to capital, and mobility options (transit and walkability) are also important.

Kronberg offers an interesting slide that shows all housing affordable to less than 60 percent of average median income (AMI) requires substantial subsidy. This is truly low-income housing. Above 80 percent of AMI can be provided with zoning reform, he says. The gap is 60 to 80 percent AMI, he says. Micro-units can fit within that slice, says Kronberg.

In the La France Walk project in Atlanta, Kronberg provided eight micro-units in the form of live-work studios attached to the main house. These are generally 200-300 square feet, have a kitchenette (not a fully kitchen), and, crucially, have no parking. These units can be “car light,” because the project is located a block and a half from a MARTA station. Parking is available on the street.

The live-work studios have a high degree of flexibility. A survey reported that one was rented to a single young professional, another occupied by an aging parent, two are used for short-term rentals, one is a home office, and three are bonus rooms.

Both Durham and Atlanta reformed zoning laws in 2019 to allow for ADUs, missing middle housing types, and reduce off-street parking requirements. Durham reduced minimum lot size as well. In these cities, many formerly single-family zoned areas now allow for as many as 4-5 units. In Durham, the typical single-family lot can be subdivided into two lots, one of which can have a duplex and ADU, and the other single house and ADU—a total of five units. In Atlanta, he shows how a guest suite, guest house, and ADU can be added to the single-family house. In both places, two lots can begin to form a cottage court.

“We can make cities more affordable, inclusive, and resilient at the same time, through housing choice,” Kronberg says.

CNU 28. A Virtual Gathering has many sessions providing on the topic of housing choice and missing middle housing, discussed from various angles by experts. To see this and other great sessions, register for CNU 28 by clicking below.