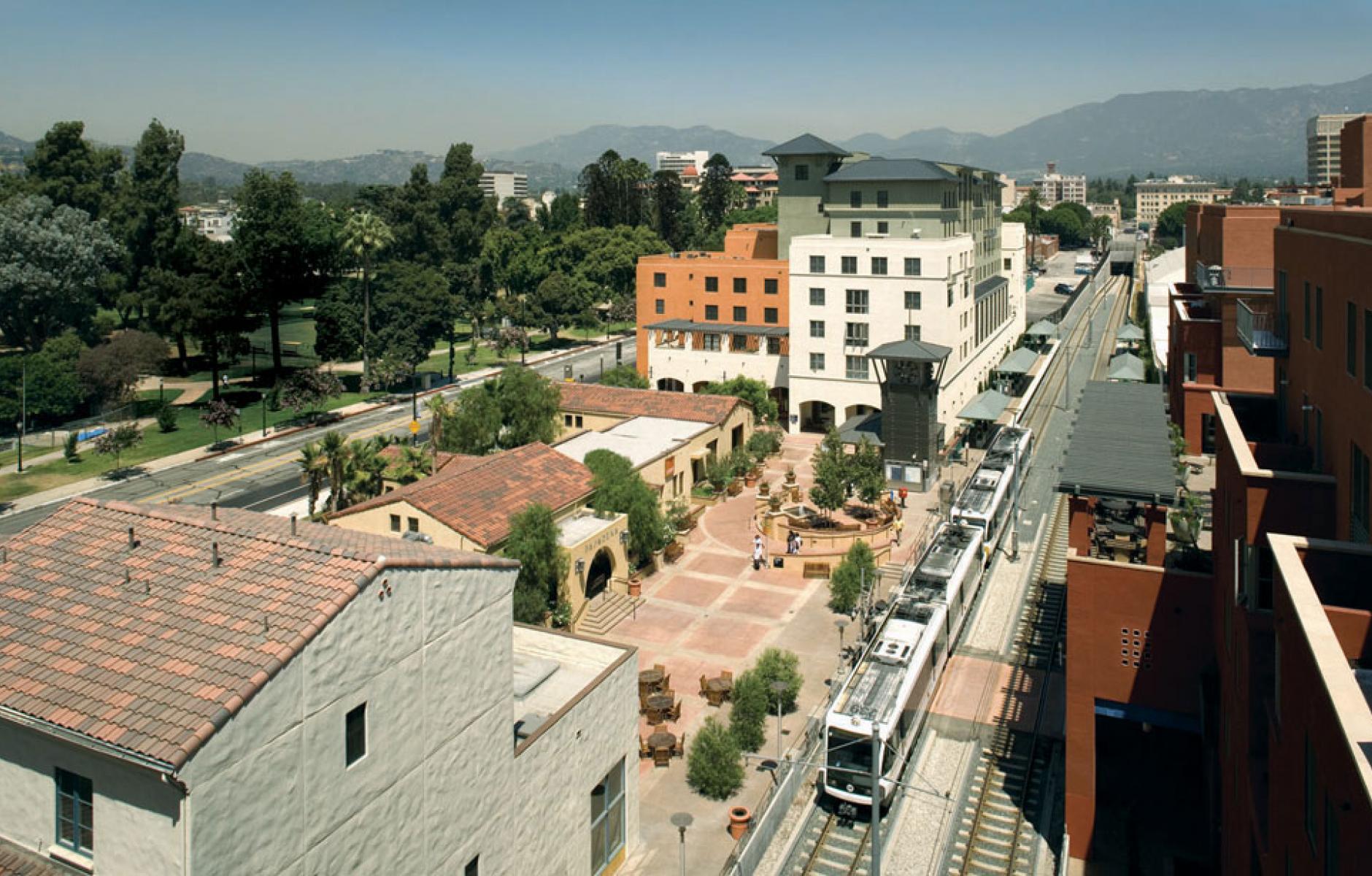 CNU recently celebrated of its 20th Charter Awards at CNU 28.A Virtual Gathering. This year’s winners include impressive projects such as The Wharf, which has opened up the waterfront in Washington DC and excels at more aspects—public space, street design, affordable housing, special events venues, mixed-use—than any other town center I have seen. Another award, A Strategic Vision for Panama City, highlights CNU’s efforts in preparing cities for climate change.

All 14 winners are impressive in their own way—you can read about them here—but it is the cumulative achievement of the Charter Awards that needs to be highlighted. The Charter Awards have helped build the New Urbanism movement—rewarding innovation, highlighting best practices, training young people, spreading the New Urbanism worldwide, and more.

There may be a tendency to dismiss awards as no big deal, but it is a mistake to underestimate how important these awards have been to the New Urbanism over the last two decades.

How the Charter Awards began

In the early days of CNU—that is to say the mid- to late-1990s—there was a lot of concern in the organization as to how to distinguish genuine New Urbanism from knock-offs. Many national builders and developers were riding the coattails of the popularity of new urban ideas. They often promoted a watered-down version of New Urbanism that may have included a few characteristics but had more in common with conventional sprawl. They were better at appropriating language than doing the hard work of principled design.

The CNU board, which at that time included the founders, debated how to respond and seriously considered a certification system. This was rejected as too bureaucratic and formulaic, and they settled on an awards program named after the Charter of the New Urbanism.

This “carrot,” rather than “stick” approach could also highlight best practices and deal with another program that New Urbanism faced at the time. CNU members were designing a lot of traditional neighborhood developments (TNDs) at the time, in the suburbs—and yet at least half of their work was on infill and redevelopment sites in cities. This latter work got very little attention from the academy and media, which focused mostly on two projects: Disney’s Celebration, and Seaside, the setting for the dystopian Truman Show, a popular movie.

I don’t know whether there was a conscious decision to bypass these 1990s TNDs, but they were not celebrated by the Charter Awards early on—in favor of elevating the broad range of new urban work that got little attention.

There have been more than 300 projects awarded by 20 juries. The juries themselves have contributed to the movement, in a way, as they gather top practitioners, developers, academics, and government officials (usually trained in design) for three days of teamwork. The juries are like charrettes—a team effort on deadline—and they offer urbanists a rare chance for passionate debate about ideas. These juries often bring people into CNU, as invited jurors from outside organizations become active members and sometimes even serve on the board.

Right from the beginning, the Charter Awards helped to identify significant trends in the movement. In 2001, the first year, a HOPE VI public housing redevelopment, The Townhomes on Capitol Hill, was awarded. This was the first of many Charter winners with a federal funding source, and that later continued with the Choice Neighborhoods program and the Partnership for Livable Communities. Some highly influential regional plans were awarded, like Envision Utah. The Robert Mueller Airport Reuse Plan proposed a new urban transformation of a former airport in Austin. Codes. Like many of the early winners, it was not built. It since has been built, with remarkable success.

While part of the justification for the awards was a concern about national firms appropriating ideas, some large firms that began to employ new urban principles at the highest level. By 2002, awards went to large projects like Addison Circle and Bethesda Row, the kind of projects that would be admired by the Urban Land Institute (ULI). These awards brought CNU closer to ULI, and that organization would eventually adopt new urban principles wholeheartedly.

In 2003, CNU awarded the first highway teardown project that was not precipitated by an earthquake or other tragedy. The Park East Redevelopment Plan, at the time just a vision on paper, proved to be prescient. The site of the former Park East Freeway would eventually attract a billion dollars in investment, and Freeways Without Futures would become a movement in itself, spearheaded by CNU.

In the 2000s, transit-oriented development (TND) was cutting edge design. Very few of these projects had been built nationwide, and one of the first is the beautiful Del Mar Station in Pasadena, California, a winner in 2003 (see photo at top).

In 2004, CNU began student awards. Despite the dearth of new urbanist instruction in Architecture schools, these awards have had an impact on course work. A number of schools submit applications each year, with projects based on Charter principles. These students help fill a pipeline of demand for young urbanists in new urban firms. These awards also strengthen the relationship between CNU and academic architecture and planning programs.

The awards have highlighted innovations in land-use codes, work that continues to this day with CNU’s Project for Code Reform. In 2001, the Liveable Neighbourhoods Code in Western Australia was awarded, and in 2009, the Smart Code—perhaps the most used and influential form-based code—was recognized. Even this year, three codes—Somerville, Massachusetts; Bastrop, Texas; and Bryan, Texas—keep pushing the envelope and were included in this year’s awards.

The City of El Paso was recognized for its comprehensive plan and code—one of the cities to transition in a broad sense to new urban planning. “There was a huge contingent from the City of El Paso that joined us that year from the conference,” notes Elizabeth Plater-Zyberk, who gave an overview presentation of 20 years of Charter Awards at CNU 28 last week. El Paso exemplifies so many municipalities who have become involved in the New Urbanism, with relationships cemented through the Charter Awards. This year, the town of Senoia, Georgia, which rebuilt its downtown over 15 years, is a great example.

You can see history in these awards—all of the planning that was done after Katrina damaged Louisiana and Mississippi, for example. The Katrina Cottage, a Charter Winner, helped to launch the tiny house movement.

The 2008-2009 Great Recession was reflected in fewer projects submitted, but it also spurred innovation. New approaches like Lean Urbanism and modest “missing middle” housing types like cottage courts began to crop up in the winners.

In 2014, the first Tactical Urbanism project was awarded, a set of techniques and ideas that had been gaining traction since the beginning of the last decade. This “short-term action for long-term change” has really come to the fore in recent months as cities have sought to provide more outdoor space in the pandemic.

New types of retail buildings that allow for modern retail floorplates on urban sites are exemplified by the Georgetown Social Safeway, a supermarket design awarded in 2012. This kind of retail design may not seem so remarkable today, but it was a breakthrough in the beginning of the last decade.

The Charter Awards have recognized really fine urban architecture like Plaza La Reina in Westwood Village, Los Angeles. Another example is the transformation of a brutalist wing of the Boston Public Library into a fine, public-facing building. This was the grand prize winner in 2017. A single building such as Atlanta’s Ponce City Market, the adaptive reuse of a former Sears warehouse, can have a major impact on a city neighborhood.

“It’s a remarkable record to look back on, and those of us who have been involved in these projects understand what tremendous effort goes into them across the disciplines and across large collaborative teams,” says Plater-Zyberk.