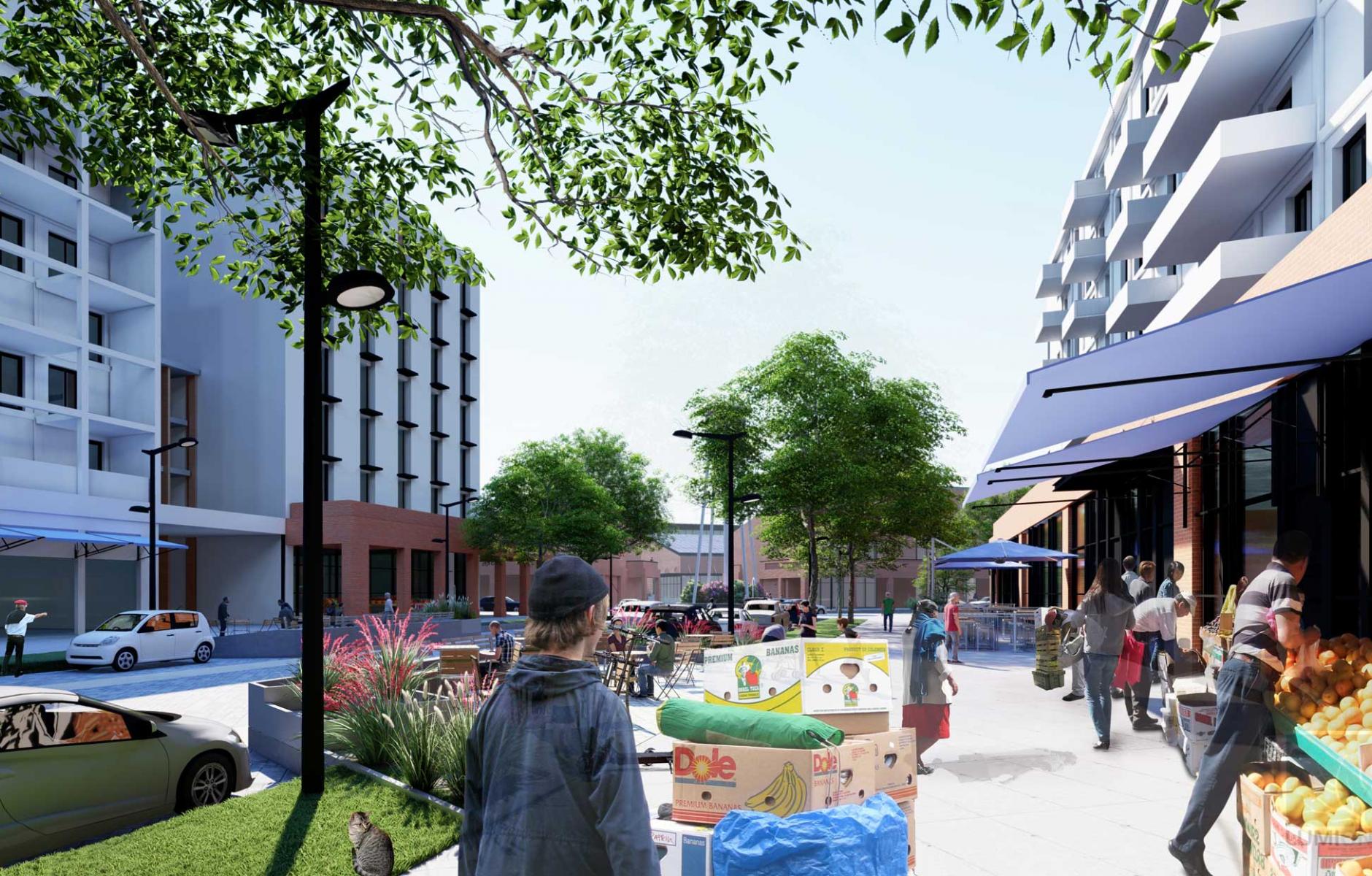 Connecting Crossroad explores how to preserve affordable housing while improving the public realm in Langley Park, an immigrant neighborhood in Maryland. The plan won a 2020 CNU Student Charter Award for Sara Ghafer-Samar at the University of Maryland.
ROBERT STEUTEVILLE   &nbspJUN. 8, 2020

The Purple Line, a 16-mile-long, east-west light rail line under construction in the Maryland suburbs of DC, is going through the heart of Langley Park, a majority-Hispanic neighborhood in Prince George’s County, Maryland.

The postwar suburb, built between 1945 and 1965, has an automobile-oriented street network and dearth of public spaces. It also lacked investment in recent decades—and that is expected to change when the Purple Line opens, with two stations serving the neighborhood.

“Although transit im­proves access to jobs, education, and other amenities for lower-income households and attracts new housing and businesses and produces a profitable tax base that can be reinvested in the community, the appearance of a new transit system raises land values, increases rents and pric­es in nearby areas and results in the displacement of ex­isting residents,” says Sara Ghafar-Samar, the plan author.

Unlike many student projects, Connecting Crossroad is based on interviews and focus groups to find out what members of the community want. In a key design move, the plan combines a community center and school on a new green at the heart of the neighborhood. The current street system is highly disconnected, and Ghafar-Samar proposes a connected street hierarchy at the heart of the neighborhood. “Breaking the large parcels into smaller blocks is a key component to organizing the large scales of the open space,” she writes.

The next important step was to focus on mixed-use develop­ment (housing, commercial and services) immediately around the purple line stations, transitioning to existing housing. The project area currently includes about 700 residences—highly affordable relative to the region. The plan enables up to 4,000 new living spaces, with 20 percent of them affordable. That would provide more affordable housing than currently exists.

Goals of the plan include:

Key natural assets include stream corridors to the north and south of the approximately 50-acre project site.

“This is showing pragmatism, and the ideas are not ‘pie in the sky’,” notes Geoff Dyer, chair of the 2020 Charter Awards jury. “She took the time to put charrette like process engage actual people establish goals of what project would be,”