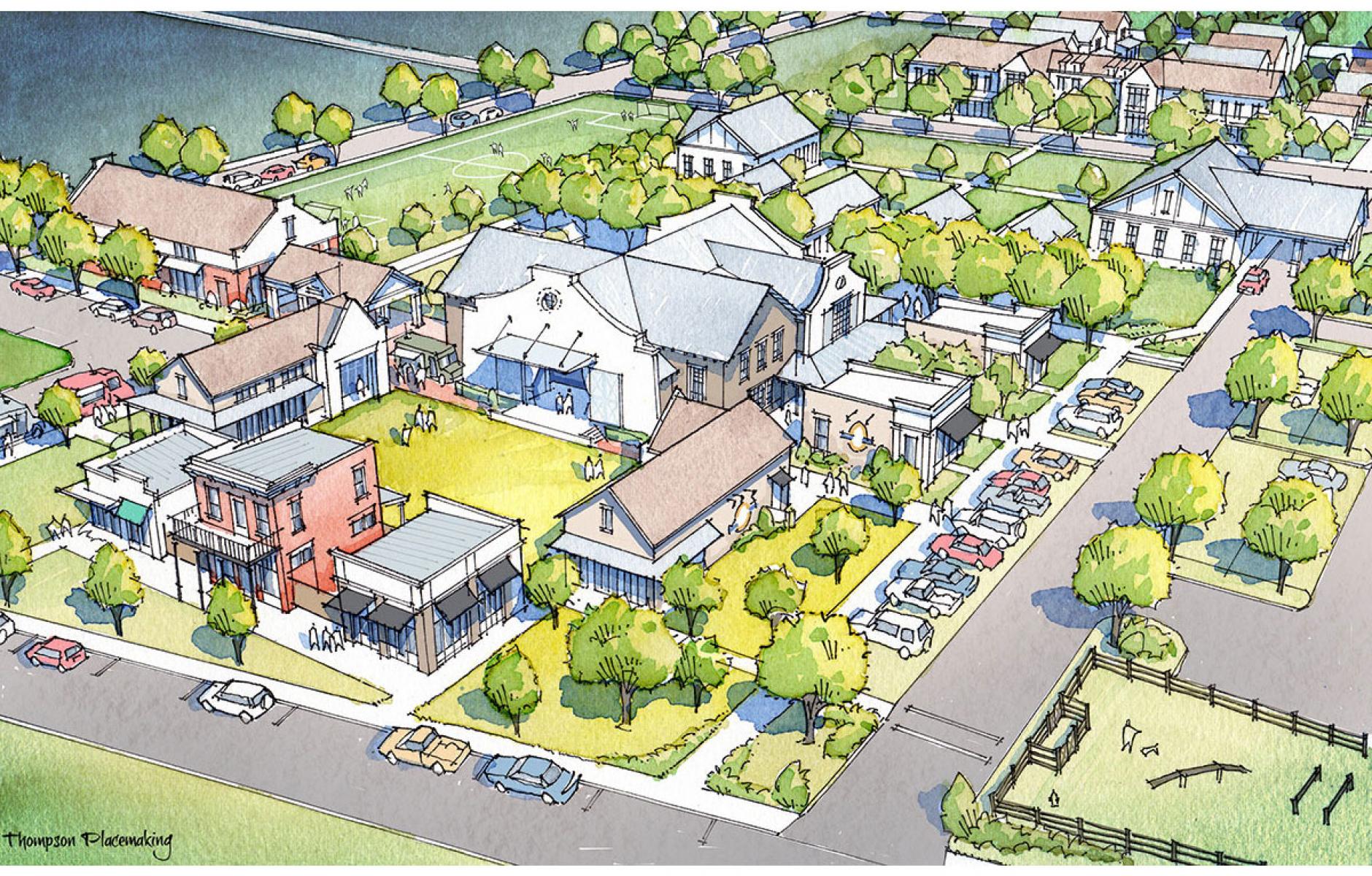 Good urbanism allows us to look forward and back simultaneously, and the top Public Square articles do that. The most-read pieces cover many aspects of life: architecture, religion, transportation, philosophy, housing, nature, shopping, and even golf (!).
ROBERT STEUTEVILLE   &nbspDEC. 19, 2019

These articles cover such a broad range of topics that I can draw one conclusion: the preferences of Public Square readers are impossible to predict. Also, urbanism is a broad, rich subject that touches upon many aspects of our life: architecture, religion, transportation, philosophy, housing, nature, shopping, and even golf (!).

Good urbanism allows us to look forward and back simultaneously. And like human relationships, urbanism can lead to a vicious cycle of decline, or a virtuous cycle of regeneration. At Public Square, we are all about helping communities to avoid the former and tap into the latter. Here are the top 10 most read articles in Public Square for 2019.

1) Redesigning church for the 21st Century

Church participation has been declining in the United States over the past five decades. Hundreds of churches close every month. But, will the trend continue? Not if the Century Church has anything to say about it. This past year Century acquired 23 acres in Pike Road, Alabama, and set out to create a church campus that will abandon the 20th Century church design formula in favor of directly addressing some of the factors that are contributing to decreases in church participation. Instead of creating a large church building that is surrounded by a sea of parking and only used once or twice a week, Century wants to create a campus that is vibrant throughout the week because: (1) it has buildings that cater to the needs of the entire community; and (2) they are designed to be so welcoming and comfortable that people will simply want to hang out there. See rendering at top of the proposed Century Church campus. April, 2019.

2) From McMansion to McMain street

Drive through any middle-class suburban neighborhood built in the last 25 years and you will encounter the “McMansion,” the aspirational mega-house with its overly complex roof form, dumbed-down architectural details and grandiose double-height foyer. But there is another building type that has proliferated in more urban sites, which in many ways reflects the same questionable goal—attempting to create complexity at the architectural scale in absence of complexity or context at the urban scale. We can call this building/development type, the “McMain Street.” Like the McMansion that attempts to mimic the complex roof massing of an entire French village in a single building, the McMain Street attempts to mimic the fine-grained, vertically proportioned facades of the traditional American Main Street—all in a single building. March, 2019.

3) Beyond resilience, toward ‘antifragile’ urbanism

Resilience is a hot topic in urbanism today—and understandably so, given the increasing prevalence of storms, floods, fires, heat waves, and other potential disruptions to urban well-being. But we might consider another level of organization beyond resilience—what has been termed “antifragility.” April, 2019.

Bastrop, Texas, adopted new, groundbreaking land-use regulations that address flooding and establish a street grid as a framework for growth—one of the first cities in the US to do so since the middle of the 20th Century. The Bastrop Building Block (B3) code is the result of the Building Bastrop initiative, launched in August 2018 with the goal of creating fiscally sustainable, geographically-sensitive development that is authentic to the city. November, 2019.

It seems only right that we should feature great public squares in Public Square. Squares are the outdoor living rooms of cities worldwide, and they have been planned at the center of the best North American cities for half of a millennium. The Law of the Indies required settlements to be built around squares. Colonial city founders like William Penn and James Oglethorpe made sure to include them in their plans. Century after century, they just keep giving to cities, residents, and visitors. May, 2019.

6) Failing golf communities not on par with neighborhoods

The failure of golf course communities continues to be a massive problem nationwide. With 1,200 golf communities nationwide, and golf declining as a past-time, many homeowners face declining property values and are saddled with heavy membership dues that they no longer can afford. The problem is not just golf, but selling “amenities” without the density to support them. The new urbanist way is to build a mixed-use neighborhood—and that is the amenity. The neighborhood model has two advantages. First, a walkable neighborhood is probably about triple the density—which means that more homeowners can support common amenities like a park or a pool. Second, many of the amenities are self-supporting, such as main street businesses or a school. January, 2019.

Cottage courts, a popular form of “missing middle” housing that is often used in new urban developments, can be adapted to urban infill, suburban, and rural settings. They fall under the missing middle category, because such housing was rarely built by conventional builders from 1950 to 2010, who focused on single-family housing and large apartments. Because cottage court developments are small, they are ideal for experimenting with innovative construction ideas or testing new markets. August, 2019.

9) Experience is the new buzzword for walkable town centers

Online retail sales are having a mixed impact on urbanism. Downtowns are thriving, but many walkable mixed-use centers in the suburbs are struggling, says retail expert and urbanist Bob Gibbs of Gibbs Planning. Some mixed-use developments are focusing on “experience” to create foot traffic and active public spaces. January, 2019.

Carmel, Indiana, a suburb of more than 90,000 people bordering on Indianapolis, is building a walkable urban downtown to fit its growing population and economy. The 140-foot-wide Monon Boulevard—built on the site of a rails-to-trails path—is the impressive centerpiece of that area, now called Midtown. The $23 million boulevard—a complete street and public space that is a ‘living room’ for the city—is already paying off with major private-sector investment. May, 2019.

To all our readers: Thank you, and have a great holiday season and New Year. Keep designing and building places people love.

Your donations keep Public Square independent. Consider us for your end-of-year giving. Give to CNU today.