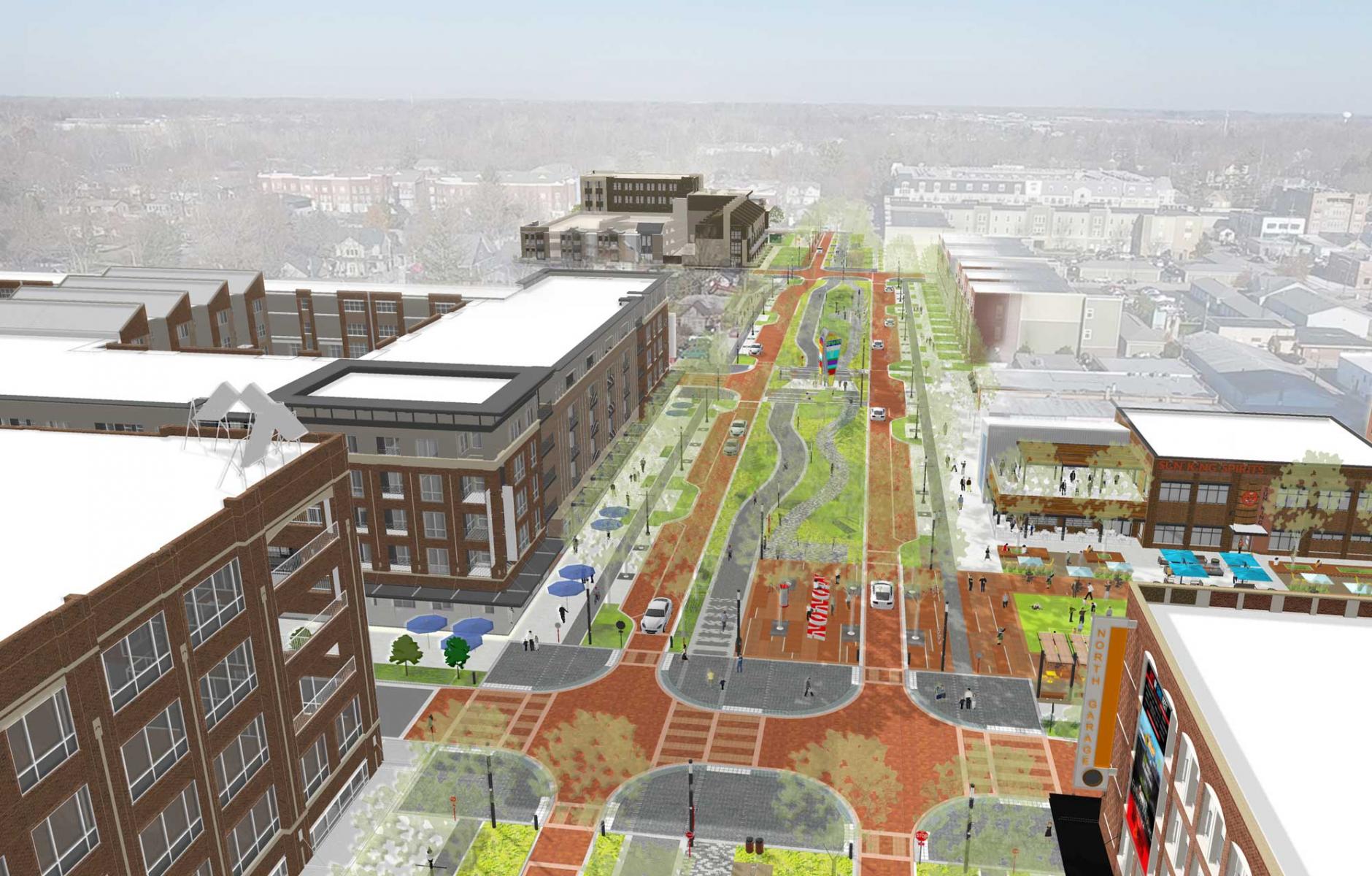 Main Street and the Arts and Design District have already been revitalized with restaurants and art galleries. City Center, a half mile to the south, is a world class performing arts complex built by the city. Between the two is a former industrial area where the city is promoting mixed-use development—including new headquarters of corporations that are relocating to the city.

With an expanded right-of-way, the original 12-foot-wide asphalt path is replaced with a walking/jogging path flanked by bike lanes—each separated by landscaped buffers. Low-speed vehicular roadways are located on each side of the median, with parking on outer edges. Wide sidewalks with trees complete the cross section that accommodates a wide range of multimodal transportation. At key points along the Boulevard, new gathering spaces invite residents of all ages to interact with the built environment. Phase two will include a plaza that will serve as the heart of the city.

“This new expanded Monon Boulevard will quickly become a major epicenter of activity in Midtown and the Arts and Design District,” says mayor Jim Brainard.

Monon Boulevard Corridor won a 2019 Charter Award from the Congress for the New Urbanism (CNU) for the City of Carmel Redevelopment Commission. The planners on the project were Speck & Associates and Gehl. Rundell Ernstberger & Associates was the Landscape Architect, with engineering by Crossroads Engineering and White Construction, Inc. The winners will be formally recognized on June 14 at CNU 27 in Louisville.