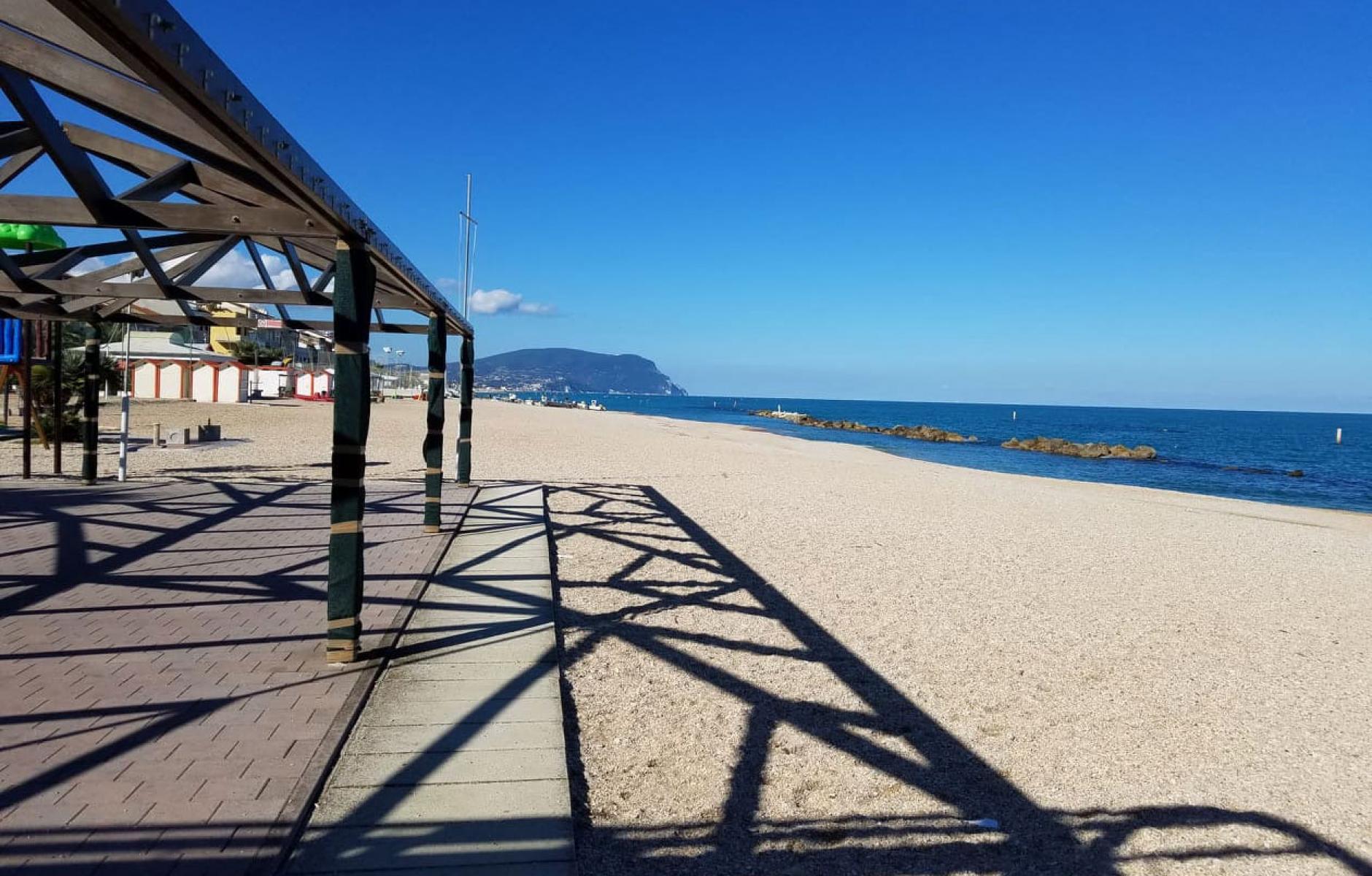 Beaches that were previously accessible only after paying an entrance fee are now open to use by everyone. Photo by Mark Hinshaw.
Policy

A few simple policy steps rooted in design and public access have dramatically improved a stretch of the Adriatic coast. Similar ideas could be implemented in US towns.
MARK HINSHAW   &nbspDEC. 2, 2019

Two and half years ago I retired and my wife and I moved to Italy permanently. Following extensive research and multiple visits in previous years, we found a house and a village that perfectly suited our needs and preferences. The region we live in is called Le Marche. Although situated in the central part of Italy, it has been relatively unknown to Americans. Brits have discovered it, but almost no Americans.

Le Marche has a coastline 170 km (100 miles) long, next to the Adriatic Sea. At least a dozen towns are wedged between the main railroad line and the sea. These towns are enormously popular with Italians and are jam-packed with bars, nightclubs, cafes, pizza places, and restaurants. The latter purvey fish in a full range of price points from deep fried with chips to elegant presentations of glorious, freshly caught shellfish. In the summer, the crowds can be oppressive; other times of the year these coastal communities are blissfully serene with largely empty beaches lapped by blue/green surf.

When we first encountered these towns, with their radically different seasonal personalities, we were struck by a sort of tawdriness. Most of the shoreline access was cut off and typically one had to pay a private “beach club” for the privilege of entering, using a cabana, and being assigned a spot with an umbrella and beach chairs. (This is common as well along the west coastline) In between the rigid rows of beach furnishings lined up on the sand, the buildings were almost shacks—insubstantial structures with big signs intended to attract the attention of vacationing families. A kind of small scale, low-rent version of Atlantic City, if you will.

Well, to our surprise and delight all that has changed in the last two years. Each of the towns has—one by one—decided to create series of connected public spaces.

First, they closed down the wood shacks by not extending the leases on the underlying land. For the first year they were consumed with removing these structures and creating open, “free” beaches. Now, instead of facing what had been an almost continuous wall of gaudy facades, there are expansive views of the sea and places to sit and lay without being charged.

And they did not stop there. The next step involved changing the roadway that followed the beachfronts. Previously two-way and fast-moving with lots of parking, a portion of the width has been redesigned to be a wide protected bike path. Adjacent to it, broad sidewalks were repaved with stone tiles and distinctive LED lighting fixtures were added. Places to sit, whether benches or ledges were also provided. Occasionally the sidewalk broadens out into a piazza-like space large enough for street markets and musical performances—with the sea as the backdrop.

And they did not stop there. Across the roadway, on the inland side were parking lots and undistinguished buildings that interrupted the continuity of the experience of walking. Most of these have recently been converted to public spaces—often with children’s play areas, water elements, and hardscape surfaces for performances and festivals.

In the town of Porto San Giorgio, these new spaces were coordinated with an older series of parks and small plazas, so that there is now a continuous and growing network of connected spaces and traditional fountains that lace through the neighborhoods. Some of the narrow, grid streets have been converted to allow bikes and walkers only, with planters, benches, trees, and café seating spilling out onto the sidewalk. Lightweight tent structures expand the available tables for dining during the summer.

In a span of less than two years, these towns have transformed themselves into places that are more livable and gracious. It is notable that one sees many people of all ages now using bikes to move around the historic center. More people come out to stroll, reviving the traditional evening “passeggiata,” with families and lovers strolling along the promenades. I have also noticed a significant increase in the number of people using wheelchairs to reach coffee bars, performances, or just to spend time in the sun or shade. During a recent musical event, both children and adults crisscrossed the central piazza on bikes.

The result are places that are more sociable, open, and active. This type of public investment likely contributed to the Lonely Planet Guide naming Le Marche as one of the top new travel destinations in the world. In a few short years, what had been literally a backwater has acquired international stature. The nurturing of shared public spaces played a key role. 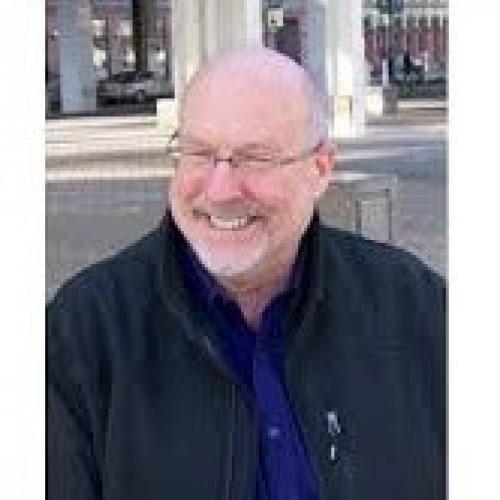 Mark Hinshaw, FAIA, FAICP, is a writer and retired architect and city planner based in Santa Vittoria In Matenano, Le Marche, Italy