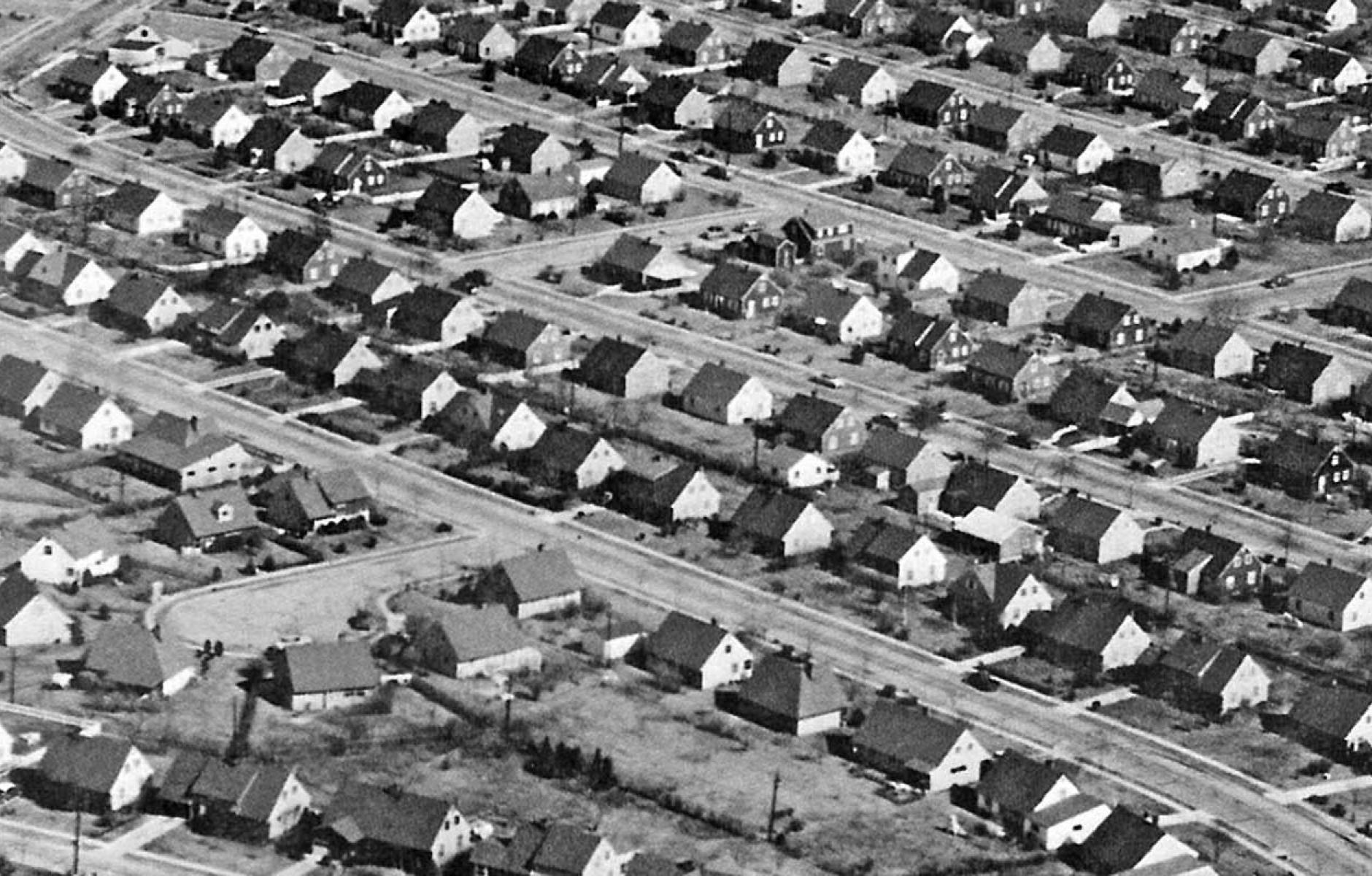 It was the Boomers, in the cul-de-sac, with a stack of zoning laws

It doesn't take much digging to find that generational blame for sprawl doesn’t add up and gets us no closer to a solution—for that, we need a more targeted approach.
ROBERT STEUTEVILLE   &nbspJUL. 1, 2019

I read in The Atlantic’s current issue that Baby Boomers are to blame for a wide range of societal ills, notably restrictive zoning and parking regulations. Lyman Stone’s indictment, in an article bluntly titled “Baby Boomers Ruined Everything,” rests on “increasing frequency with which various land-use associated words were used in Google’s database of American English-language publications” in the 1960s through 1980s. “These decades, when the political power of the Baby Boomer generation was rapidly rising, saw a sharp escalation in land-use rules.”

It is unclear how Stone, who appears to be a Millennial, can accurately assess historical land-use rules and their effects based on a Google word search—but I agree that public policies including “land-use rules” negatively affected the built environment at the time. As a late Baby Boomer with in-depth knowledge of land use and development history, my BS detector went off at the “political power” part of Stone’s premise: To what extent did Boomers influence land-use regulations in the 1960s through 1980s, truly a pivotal era in US land development? Stone’s proposition didn’t fit my memory and understanding, so I checked with Google myself.

Baby Boomer power in local government, which largely determines land-use regulations, may be gauged by who held mayoral positions during this three-decade span. The largest 10 US cities (using 1980 as a population benchmark*), had a total of 300 “mayor years” from 1960-1989. Boomers held the mayor job for 24 (8 percent) of those years, all in the latter 1980s. The Boomers who held office were born from 1946-1949. Later Baby Boom cohorts, born through 1964, held zero mayor positions in these cities in those decades. The vast majority of the mayors in question were born from 1900 to 1945, ahead of the Baby Boom. Are those cities representative of US cities in general at the time? Yes, more or less—Boomers were just gaining power in cities and local government in the mid-1980s, and they had to share it with previous generations. They were, in 1985, in exactly the position that Millennials are in today.

Also, planning decisions have a gestation period of a decade or more before they are widely implemented, and long-term infrastructure spending heavily influences these decisions. Development during the 1980s largely stems from policy and infrastructure decisions of the 1970s and earlier decades. Baby Boomers had essentially no influence on land-use planning and development in the 1960s and 1970s, when they were mostly still in school, and limited influence in the 1980s.

Baby Boomers had more impact on policies that sparked a quarter century of downtown revival and urban crime reduction, starting in the mid-1990s. Those trends set the stage for many Millennials returning to, or staying in, cities. If conditions in cities had not improved in the 1990s and 2000s, when Boomers held a large number of mayoral positions, it is safe to assume that more Millennials would be heading to the suburbs, adding to the cycle of sprawl. They would also have fewer choices on where to live.

Placing generational blame on societal trends is rarely helpful. Such trends have their roots in philosophical, cultural, and technological changes that often extend over multiple generations and usually can be traced to specific people or ideas. Most people, of whatever age, have little influence over ideas that move history and must simply go along for the ride. A few are privileged to influence some aspects of society.

New urbanists are the most prominent group that helped to change land-use thinking in the last 30 years. The New Urbanism was founded in 1993 by Baby Boomers disenchanted with “disinvestment in central cities, the spread of placeless sprawl, increasing separation by race and income, environmental deterioration, loss of agricultural lands and wilderness, and the erosion of society’s built heritage,” according to the Charter of the New Urbanism. This group promoted specific, influential ideas aimed at making the built environment more sustainable—and bringing about land-use rules that allow more mixed-use and variety in housing. They were joined by other reformers, like parking guru Donald Shoup, and they all stood on the shoulders of mavericks from a previous generation—such as Jane Jacobs and Christopher Alexander. They soon needed help from subsequent generations, Gen X and the Millennials, whose contributions to the movement are enormous.

I never heard early new urbanists blame previous generations for the land-use mess that they inherited. Rather, they targeted specific ideas, institutions, and people who promoted ideas that had a negative effect on the built environment. New urbanists spoke endlessly about zoning laws that separated uses and housing types, automobile-oriented thoroughfare design, freeways built through cities, redlining, urban renewal, architecture that ignored urban context—and the planners, architects, engineers, developers, and public officials who championed conventional suburban design. That blame often rankled professional groups but focused the attention on what needed to change. It also offered a path of redemption for practitioners to help solve problems.

Sprawl is not just the result of “land-use rules,” as Stone implies, but a world-view on how cities are best assembled that fully formed several generations before the Baby Boomers came of age. Blaming the Boomers appeals to Millennials—who may resent their parents’ generation—but it fails to hit the right targets while alienating those who are needed to move in a better direction. Generational identity is a way to divide people, to point a finger—and if you are looking to do that, you will find justification. But facts are stubborn things, and ultimately interpretations of history yield to facts.

Stone could have more credibly blamed Boomers for land-use rules in the 1990s and 2000s, but that accusation lacks the same punch. For starters, these rules relate to suburban sprawl, which was in full swing for several generations by 1990—not counting the preliminary period of 1920 to 1950 when the ideas were conceived and many policies adopted. Reversing the juggernaut of sprawl was a multigenerational task by the end of the 20th Century. Also, the legacy of those decades is mixed. While low-density suburban expansion progressed, downtowns revived and planning ideas were developed and tested to counter the single-use, car-oriented, hyper spread-out, philosophy of city building.

This is not the first time I've heard a Millennial blame Baby Boomers for the land-use legacy of the 20th Century. Such claims can be found from time to time on social media, and I've rarely given them much thought. But this is The Atlantic, and I expect a better understanding of history. The ageist finger-pointing by Stone doesn't stand up to scrutiny, and it doesn't get us any closer to better cities and towns. Toward that goal, check out the New Urbanism—a movement that inspires all generations to build stronger communities. 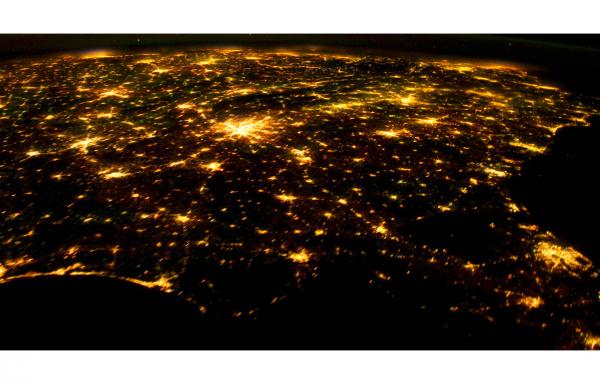 The urban dimensions of climate change: Lessons for a New Urbanism 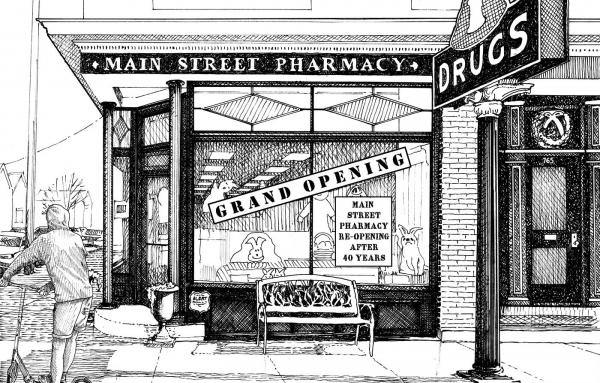 Good news, the era of sprawl is over