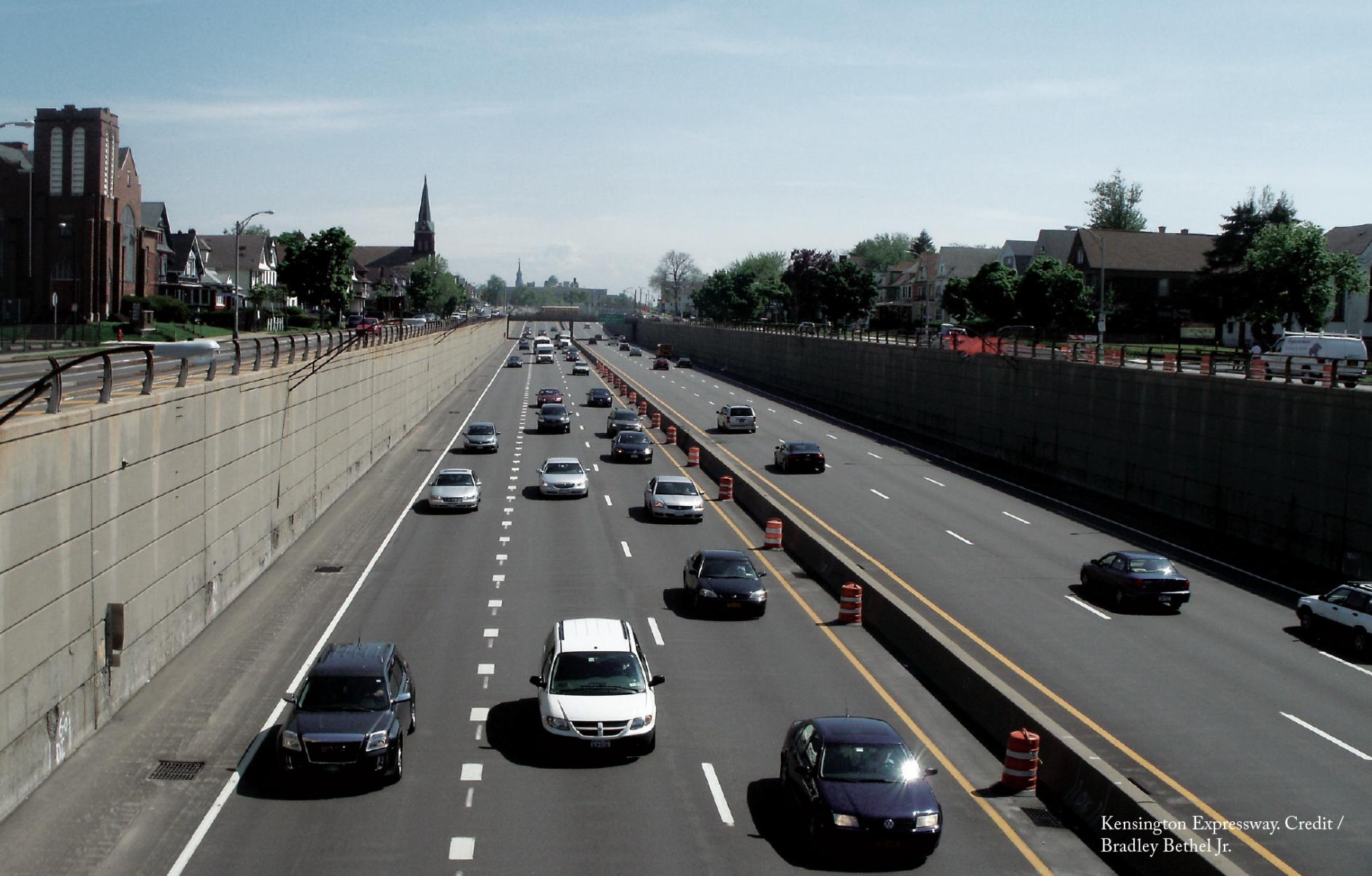 Restoring a parkway system in Buffalo

The Kensington and Scajaquada expressways disrupted Frederick Law Olmsted's vision and divided neighborhoods, but that damage could be undone.
BEN CROWTHER   &nbspAPR. 11, 2019

Before the age of highways, celebrated landscape architect Frederick Law Olmsted designed Delaware and Humboldt Parks, linked by the tree-lined boulevard of the Humboldt Parkway, in Buffalo, New York. The construction of the Kensington and Scajaquada Expressways in the 1960s marred this masterful plan and separated parks and neighborhoods. A half-century later, community leaders recognize that the restoration of Olmsted’s original plan will create a stronger Buffalo.

Not only did this pair of expressways deprive the city of quality parklands, but it also severely damaged the neighborhoods along these corridors. The demolition of thousands of homes and businesses in Buffalo’s East Side to make way for the Kensington Expressway displaced city residents, while NYSDOT seized parts of Delaware Park on the justification that it was “vacant land.” Property values in the Hamlin Park neighborhood, situated where these two highways connect, plummeted and remain among of the lowest in the city. Many local businesses in the nearby Jefferson and Fillmore business districts were shuttered as residents moved away.

Fortunately, many of the assets near the expressway corridors remain relatively intact. Humboldt Park (renamed Martin Luther King Jr. Park) endures as the home of the Buffalo Museum of Science. The present-day park reflects the city’s African-American heritage and hosts its annual Juneteenth Festival. The now-bisected Delaware Park is still a popular destination within the city.

Many local organizations, including the Restore Our Community Coalition, the Scajaquada Corridor Coalition, and the Olmsted Parks Conservancy are working together to restore the original Olmsted parks system through context-sensitive solutions.

These groups support a NYSDOT proposal to cover a one-mile stretch of the Kensington Expressway to reconstruct the former Humboldt Parkway. This proposal re-connects the neighborhoods divided by the depressed highway and creates a pedestrian-friendly environment by relegating fast-moving traffic to the underground lanes.

The parkway would return 14 acres of land to the community and generate opportunities for infill development and affordable housing. In turn, reinvestment to the Jefferson and Fillmore business districts could create up to $2.8 million in new property tax revenue for the City of Buffalo over a 30-year period, in addition to $76.7 million in household wealth.

Community members also advocate for a transformation of the Scajaquada Expressway into a tree-lined boulevard/parkway to reduce noise and pollution, increase safety, and reconnect adjacent neighborhoods’ access to the park. The vision pays homage to Olmsted’s original plan and would consolidate the cultural assets, now separated by the highway, that border the park. These assets include the Albright-Knox Art Gallery and the Buffalo History Museum, which would be within walking distance of each other—if not for the four-lane barrier.

Thanks to the combined efforts of Buffalo’s community organizations, NYSDOT withdrew their proposal last January to rebuild the Scajaquada corridor using highway-like design with limited traffic calming measures. Instead, it will reconsider community-based designs. Stephanie Crockatt, Executive Director of the Buffalo Olmsted Parks Conservancy, hailed the decision as a benefit to Buffalonians now and in the future: “Today we can say clearly that the community has been heard. Thanks to the effort of so many concerned citizens who worked so hard over these past several months, we now have an opportunity to restore the jewel of Olmsted’s system.”

Note: CNU's sixth biennial Freeways Without Futures report was released April 3, and the Scajaquada and Kensington expressways were one of ten projects on the list. Freeways will be a topic at CNU 27 in Louisville June 12 through 15. Discounted registration is available until May 10th.