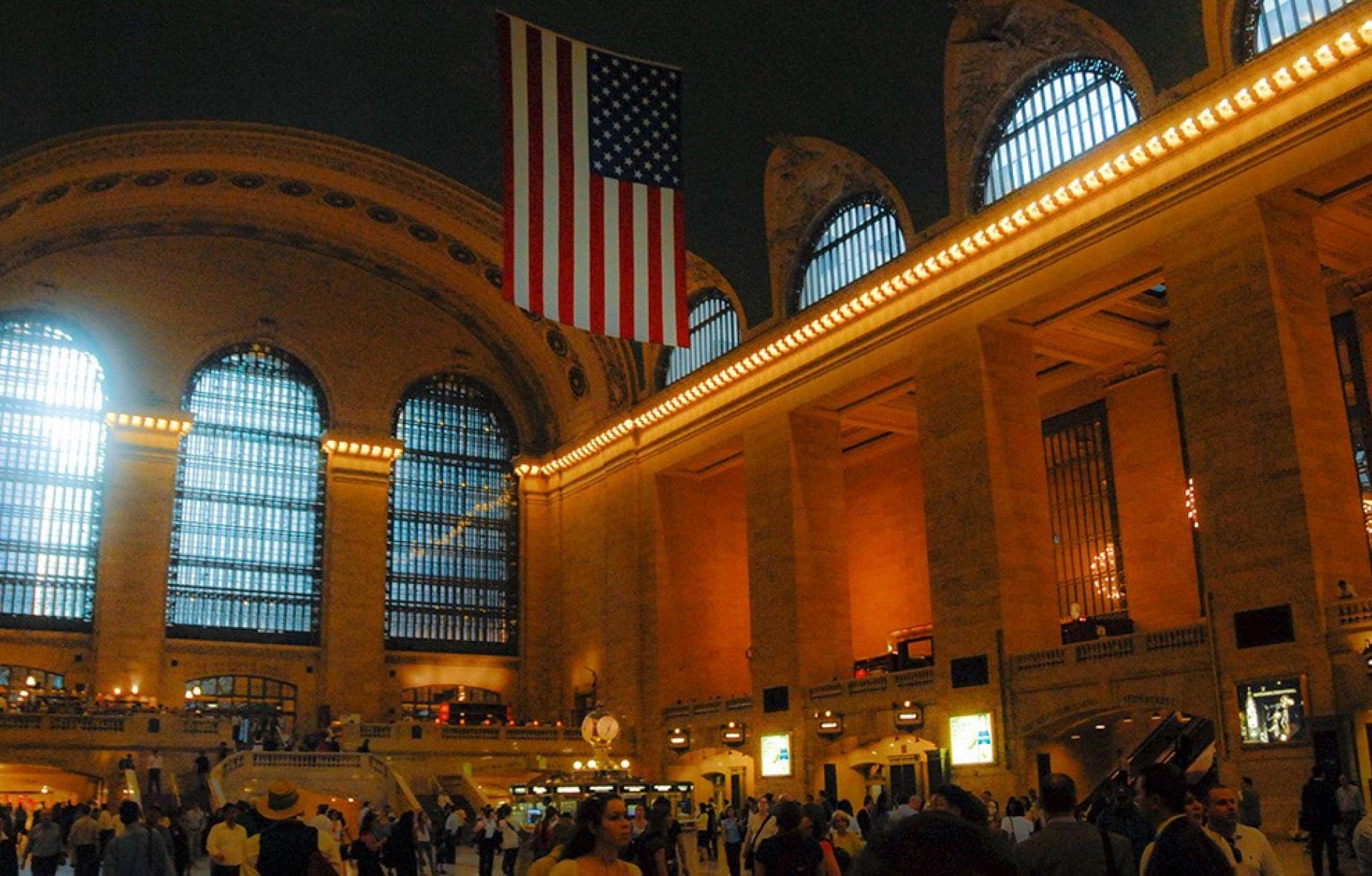 Grand Central Station, the one that got away (unlike Penn Station). Photo by Steve Mouzon.
Policy

A new proposal for historic preservation

The core problem that led to the modern preservation movement had been building since early in the Great Decline (1925-1945) and boiled over midway through the Dark Ages of Architecture (1945-1980) with the destruction of Penn Station. That problem was the fact that a new building replacing an older building increasingly became a downward trade as the twin abilities to build lovably and durably faded from both design and construction. There were several reasons for this that could be the topic of another post, but the fact that the severity of the downward trades increased in these years is incontrovertible.

It was not always so. For most of human history, the new building was reliably better than the one it replaced, mirroring the rise of urbanism from shantytowns to great cities over time. There are paintings of Washington DC in its early years, with shacks lining dirt streets and pigs wallowing in mud puddles. So the downward trade was largely a new phenomenon, and people didn’t handle it very well until after the loss of Penn Station.

Esteemed architectural historian Vincent Scully once said in his lament for Penn Station “One entered the city like a god. One scuttles in now like a rat.” Today, there is a movement afoot to demolish the wretched Madison Square Garden and rebuild Penn Station. This proposal highlights two issues fundamental to the nature of the preservation movement: the problem of time, and the problem of quality.

The problem of time

Madison Square Garden is now 51 years old. But does it deserve protection just because it’s over 50 years old? There is a bit of truth to the 50 year threshold in that most people naturally tend to dislike what was built by their parents’ generation; it’s arguably part of the general rebellion of youth that’s likely nature’s way of making sure we let them go when it’s time to leave the nest. It’s the grandchildren who are the first generation to give their predecessors’ work a fair shake. But that should only make a building a candidate for protection; it should by no means be a guarantee. And that leads to the closely-intertwined second problem:

The problem of quality

How do we judge what deserves protection and what does not? By evaluating those twin attributes of lovability and durability. If a building can’t be loved, it won’t last. If it can, it needs to be durable enough to carry that lovability long into an uncertain future. A building should be strong on both attributes to be a candidate. For example, protecting a building that is highly lovable but built only to last for a few years would represent an unfair burden on the building owners to maintain the unmaintainable. A building broadly regarded to have an unusually strong blend of these two should be a candidate even before the 50-year threshold.

It is very important that architects not be allowed to dominate the evaluation process. Sadly, architecture schools have indoctrinated their students for nearly a century to both design and appreciate the unlovable. Boston City Hall, for example, is still high-regarded by architects, even while Bostonians other than architects have reviled it since the beginning. It is crucial that the evaluation process generally represents the will of the people above the will of the architects.

In the US, the predominant character of the place tends to be low, with only a few areas having a fabric of buildings that rise to the level of strong lovability and durability. These tend to be the places with the greatest “cool factor.” One good way to test for cool factor is to ask “where do the tourists go when they come to town to enjoy the town instead of a special event?” There are a few places where the general fabric of the city has strong cool factor, such as Charleston, Savannah, and New Orleans in the South. Places with widespread cool factor tend to be national and even international destinations.

The binary on/off switch of contributing/not contributing is far too blunt an instrument to properly evaluate the buildings of “cool factor districts,” or “historic districts,” if you prefer. I prefer “cool factor district” because the real core question isn’t “how old is it,” but “how good is it?” Until we can say “this is better than that,” we have no tools to end the downward trades. In the interest of this, I’d propose this more fine-grained evaluation system:

Historically contributing buildings is a classification essentially identical to the current definition. The loss of these buildings would negatively affect the historic character of the block.

Architecturally contributing buildings are architecturally important to the block with character defining mass and scale but undetermined historical importance. These structures are important building blocks of the whole and should be preserved as appropriate after careful consideration from the local authority.

Urbanistically contributing buildings fit into their environment and meet the street in such a way as to contribute to the overall composition of the block, but their architecture is mediocre at best. They could be re-skinned or the rear of the buildings could be rebuilt.

Buildings that make up the urban fabric are the most numerous (hence “fabric”) in a district or neighborhood. Technically, in outstanding historic districts, much or all of the fabric buildings (relatively speaking) also contribute to the character of the district and should therefore be preserved because the tradition that once lived and begat these buildings produced a fabric of buildings that were at least urbanistically and usually architecturally contributing as well. But in places built during and after the Great Decline, the living traditions died and the industrial development system that took over left a fabric of buildings that were not even urbanistically contributing. So in these places, fabric buildings do not fall to the level of Regrettable, but should not be protected so that someday, they may give way to an upward trade to a building that is both urbanistically and architecturally contributing.

These buildings detract from the whole and could be demolished and rebuilt within the character of the cool factor district so long as they are replaced with buildings that are a significant upward trade both urbanistically and architecturally. An equal trade is not worth undertaking.

In the end, the most important question should always be “is this an upward trade?” If not, the exchange should not take place. Recovering places like Cabbagetown, Atlanta, built mostly before the modern industrial construction system fully took over, have an urban fabric that is both urbanistically and architecturally contributing to the place, so upward trades there focus more on fixing up what the neighborhood already has, which should be a core goal in every recovering place: trading dilapidation for refreshing.

The hope for every place is that if the cool factor districts, even if very small at the present time, can be made to thrive and even flourish, they may even influence other parts of the town or city so that someday, much of the fabric of the place can build strong cool factor, transforming the place from one people want to leave into one where people want to come and visit for awhile. With many upward trades, this can happen. In fact, it’s the only way it ever happens in most places. So trade up.