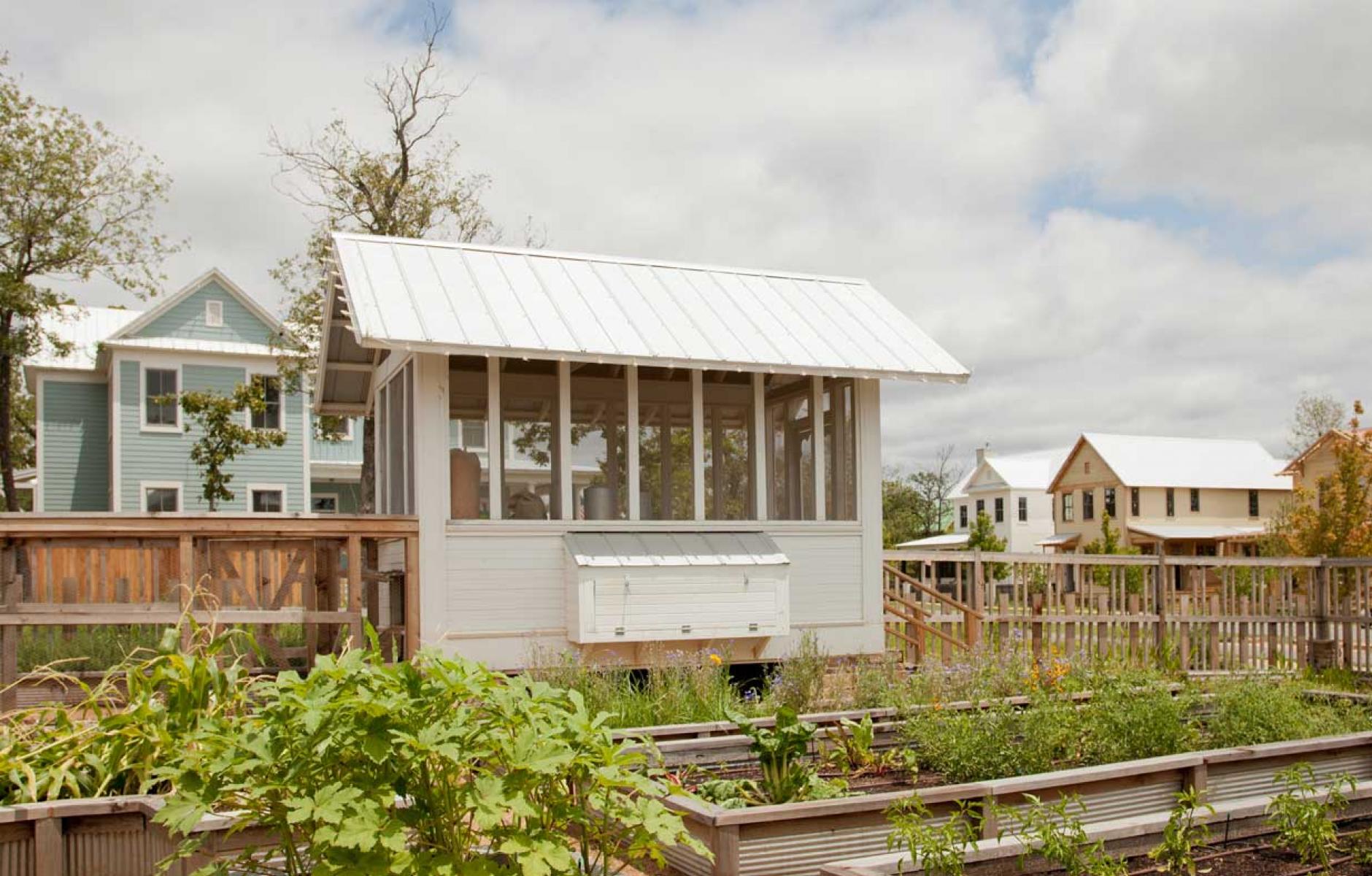 Here are roles and strategies that I have experienced to help many others to heal a damaged built environment.
STEVE MOUZON   &nbspSEP. 18, 2018

If you want to have the most sustainable healing impact on our damaged built environment, the architectural ideal of the lone genius isn’t the best way to go about it. If you have a choice between becoming that lone creative genius yourself and helping many others do better work, then by all means choose the latter.

Andrés Duany and Elizabeth Plater-Zyberk are the two highest icons of this approach in my experience. Once, they were partners in Arquitectonica, a high-profile Miami firm doing unusually good work that changed the face of South Florida and helped transform Miami from the decrepit victim of the Mariel boatlift into arguably the most glamorous city on this continent. Yet what they did post-Arquitectonica at their firm DPZ dwarfs their previous work because they learned this simple lesson: you can do far more good by helping many do better work than just by doing better work yourself. And so they opened doors for many and propelled them into realms they never could have previously imagined. Wanda and I are two such beneficiaries of their generosity.

But Andrés and Lizz would have never found us had we not found a way to move in this direction ourselves. It all began with the conversation with Wanda in a grocery store parking lot mentioned in the last post. From that point, I began thinking of things we could create once and distribute to many. The following are some of those tools and resources:

I had been taught that it is disgraceful to design anything without knowing the intricacies of the site. So designing a stock house plan must surely be akin to architectural malpractice. But at some point, I read where 97% or so of the homes built in the US are built from stock plans, not custom designs. If that is so, is it not our responsibility to try to help elevate the level of stock plan design? Wanda and I thought so, and looked into several outlets, eventually settling on Southern Living, the most reputable source of good stock design in the region, populated frequently by New Urbanist plans.

Our first design, Ash Lawn, was our homage to Jefferson’s Monticello and opened many doors for us in 1996. We continued to design new plans pro bono for a year or so, until we built a good enough body of work that people started seeking us out… and some of those plans ended up on the Plan of the Month page as well.

A Town Architect is someone who reviews other people’s designs in a neighborhood or town to ensure that all the buildings are neighborly, and that the vision of the place is carried on. The first place to use our plans was one I was able to steer in the direction of the New Urbanism, and it became the first TND (traditional neighborhood development) in town. They soon hired me to be the Town Architect there, and I continue to serve as Town Architect in several places. I quickly discovered that we can do far more good this way. Working as an architect myself, I can get one excellent design out per month if it’s small and simple and I do nothing else. But working as a Town Architect, I can help dozens of designs get better in a number of places. To me, the balance of benefits is not even in question.

Seven years into my Town Architect career, I had tried every method except the Resident Town Architect, in large part because I couldn’t afford to live in the places where I worked. Every method had flaws. But I kept tinkering with it until I came up with the method I use now, where I come once per month and sit across the table from the designer, builder, and owner (if it’s not being built speculatively) and lay out the principles of getting stuff right, not just the particulars of where they got stuff wrong. This has proved to be a huge boost to starting a new living tradition of architecture, which is the ultimate tool for planting seeds of better design. And it all works on the basis of “we do this because…"

Catalog of the Most-Loved Places

In the late 1990s, I had a debate with another Town Architect about a window detail, and he wasn’t persuaded. It was Friday afternoon, so I took off on a photo safari to get some pictures that might help. But somewhere along the way, it occurred to me that it might be useful to shoot every house in the neighborhood. When I returned home, I shot the downtown historic district throughout the weekend, and by Monday morning, the Catalog of the Most-Loved Places was underway. For several years, I just shot great places for my own benefit for some time, but then it occurred to me that others might find the images useful as well. When Andrés Duany came to town in 2002 to design the Village of Providence (where I have served as Town Architect almost ever since), the Catalog seemed to be one of the items with which he was most enamored, which led to a collabortion spanning almost two decades at this point.

That first place to use our plans was nerve-wracking, due to a development partner who has long since gone elsewhere. The landowners were complete gentlemen. But the other guys were allowing all sorts of ostentatious stuff, and so I knew I had to do something to steer the place back to the original vision. I developed a collection of construction details to help steer the place, and in the interest of expanding the collection, I bought a set of details from McGraw-Hill. When I got it, my response was “our stuff is a lot better than this,” so I called them up and told them. Their acquisitions editor said “you can send me your stuff if you like, but I can’t guarantee I’ll ever look at it.” I FedExed it anyway, for morning delivery. At 10:10, she called and said “you weren’t kidding… this is great stuff. We’d like to publish you!”

And so they did, first digitally, then in a book of 1001 details that was as thick as War & Peace. A few years later, they published Traditional Construction Patterns, which remains a bestseller on Amazon to this day. Those books opened a secret door: we discovered that if you’re an author, you get all sorts of respect you never got before, even though you’re the same person you always were. Everyone should put their life’s work out there, where it can benefit others.

Nathan Norris and I founded the Architects’ Guild in 2001, and he encouraged me to rebrand it myself as the New Urban Guild when concerns came up over the fact that not every architect is an architect in all states. The Guild approached the problem of better design from the supply side: if we designers working in the traditional neighborhoods of the New Urbanism could get together and share what we knew, we should get better at what we do, right? And it worked out that way; I’m a much better architect today as a result of working side-by-side with these rare talents.

We began writing architectural pattern books starting nearly twenty years ago. Originally, they were all style-based, which meant they were based on a random collection of historical styles the developer thought would sell well. And while they did improve the quality of the architecture markedly, they had a big problem: If you use a style-based pattern book to replicate a historical style today, and use it again in fifty years, you’ll get the same result. But anyone with a copy of an architectural history book like Bannister Fletcher’s can easily see that architecture has always evolved over time, like a living thing. So that type of pattern book had no power to bring architecture back to life.

I worked on this dilemma for years, and discussed it with the top pattern book experts. Nobody had answers. But finally a fortuitous conversation unlocked a mystery I had carried with me since the day after Thanksgiving, 1980. Here’s the full story. The answer was quite simple, and bound up in just four words: “we do this because…” If every pattern in a pattern book begins by saying what to do, then explaining why, it gives everyone working on designs the license to think again, rather than just following a recipe. And so architecture can take on a life of its own again and spread, long after the pattern book author is gone.

But in order to be able to explain why we build the way we build here, you can’t use random styles. Instead, you have to tease out what is the most indigenous and sustainable architecture of the region, from rural to urban and from vernacular to classical. Only then does “we do this because…” have a chance at deep meaning.

Our most notable book to date is A Living Tradition [Architecture of The Bahamas], which won a charter award from the Congress for the New Urbanism just after its release a decade ago. I’m delighted that we finished the second edition earlier this year. The meat of the book (the patterns) have been freshened a bit, but the first and last chapters have been entirely rewritten, and are filled with things I’ve been trying to figure out for years. If you’re interested, here’s where you can find it on Amazon.

Thanks in advance for your interest in the book! And if you get one, please let me know what you think!

This article was published on The Original Green blog.