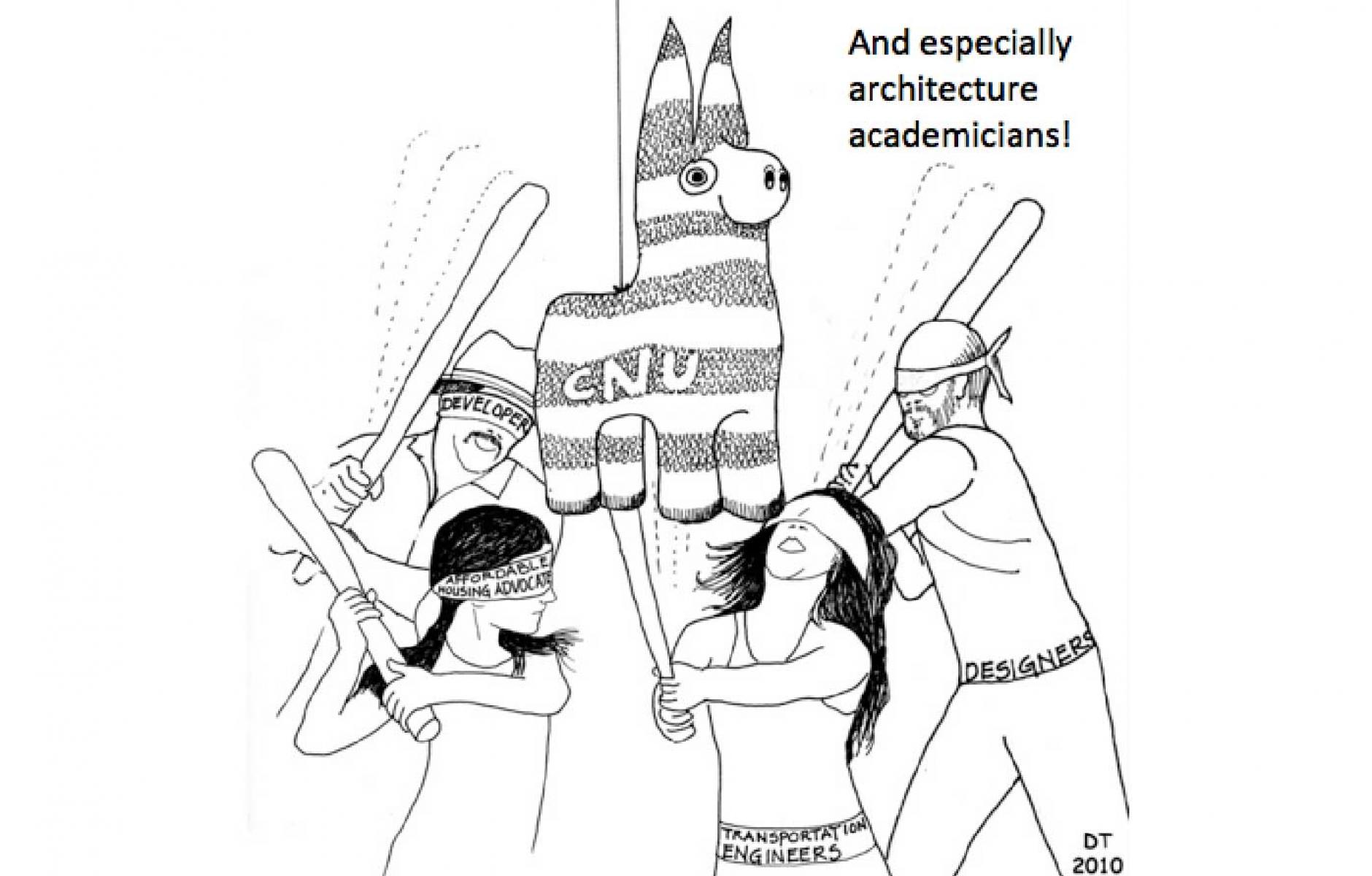 The Thirty Years' War rages on

In architecture, the constant search for the new no longer represents freedom. Urbanism and sustainability are nobler and more practical imperatives.
DOUG KELBAUGH   &nbspOCT. 12, 2017

Why has New Urbanism turned out for the design community to be the equivalent of the Syrian War, or perhaps the whole of the Middle East conflict? Quite simply, as Dan Solomon and others have noted, there are seemingly irreconcilable differences the Academy, and little willingness to negotiate or even to debate. I’ve been involved in New Urbanism since the beginning, starting with the earliest debates on its architecture and urban design. As a practicing architect turned academic right before the Thirty Years War, I’ve been on the front lines ever since—first with numerous NU charrettes (including the one that jumpstarted transit-oriented development) while architecture chair at the University of Washington, helping draft the Charter, as a partner in Kelbaugh, Calthorpe in Seattle for several years, and attending almost every CNU, from as far away as Dubai.

At first, I was a reluctant, somewhat skeptical new urbanist. As someone who was trained as a Modernist, the traditional urbanism was fine—street-walled, mixed-use, walkable, TOD—but the retro architecture simply didn’t appeal aesthetically or tectonically, especially in fiberglass and styrofoam rather than stone. I was part of the early new urban West Coast wing, which had a stronger “environmental” bent than the East Coast wing, which was more into neotraditional European formalism and classicism. Some of us have never been driven by tradition, as some new urbanists are, but by a sense of responsibility to the environment, to community, to urban context. And as a chair and later a dean, I felt I had to be even-handed, although the two dozen charrettes I organized were unabashedly new urbanist, and included some of the people who read this blog. But in the decade since at the University of Michigan, with a smaller scope as a professor, I’ve become a full-bore promoter, serving on the CNU Board, spending hours every day on the LeanU and other new urban listservs, authoring books, delivering papers, teaching Pink Zone studios, teaching New Urbanism, and more.

So why have I persisted, despite the slings and arrows, the embarrassing silences and cold shoulders from my academic and professional colleagues? Let me start by conceding something to our adversaries, the starchitects: most starchitects are talented designers, in some cases very talented, with even a touch of genius. (Lay people and academics forget how difficult it is to consistently design and construct high quality buildings, whatever the style.) Talent is not their shortfall. It’s a combination of four problems—their egos, the media’s need for exciting extremes, their client’s need for splash, and the public’s demand for it. Alas, the world is addicted to excitement and novelty. Heroes and icons, although becoming diminished in the eyes of a public increasingly suspect of elitism, are still hot.

If the media don’t present enough of a problem, architecture also needs a Trojan horse to get through the “Tribunal of the Grand Inquisitors,” Solomon’s phrase for bottom-line developers, spin doctors, code officials, bureaucrats, value engineers, construction managers, bankers, review boards, NIMBYs, and public taste. For a long time, architecture has had trouble succeeding solely on its own terms and merits. Designers often want and need something to make them feel they’re not being arbitrary and capricious. This cover was provided by new technology and engineering for the early Modernists, social advocacy in the 1960s, ecology and energy in the 1970s, Postmodern historicism and literary theory in the 1980s, and computers in the 1990s. Today, the most promising sponsors of good architecture are urbanism and sustainability, or resilience. These imperatives are not only noble in their own right, but also possess the currency and cachet to overcome the Inquisitors. They provide the compass to reorient and reinvigorate our schools and professions. And they are no-regrets goals in that they make sense regardless of climate change.

Signature buildings by international stars will continue to be commissioned, because clients—from institutions and state—want them. It would be less problematic if these signature buildings engaged in a deeper two-way conversation with local values, traditions, and sensibilities. Design that is specific to site, climate, culture, history, building materials, and practices—what used to be called critical regionalism—holds in check the forces of global homogenization and corporate branding. Although trendy iconic architecture still holds sway for most deep-pocketed developers and institutional clients, the “zeitgeisters” are starting to lose ground to the placemakers.

New Urbanism is beating back some of these relentless waves. I disagree with Solomon about our campaign to elevate the background building to respectable architecture. I think it is one of New Urbanism’s greatest victories in the war. We haven’t fully prevailed, but the era of endless free-standing, podium, look-at-me buildings has significantly evolved—thanks to our relentless push for the street wall of mixed-use, walkable, human-scaled urbanism. (I agree with Andres Duany’s recent response to Solomon’s essay in Public Square, in which he argues that the passage of time helps in the war.)  We acknowledge there’s a legitimate place for stand-alone, monumental buildings, even look-ma-no-hands icons. But not for virtually every program and every site! 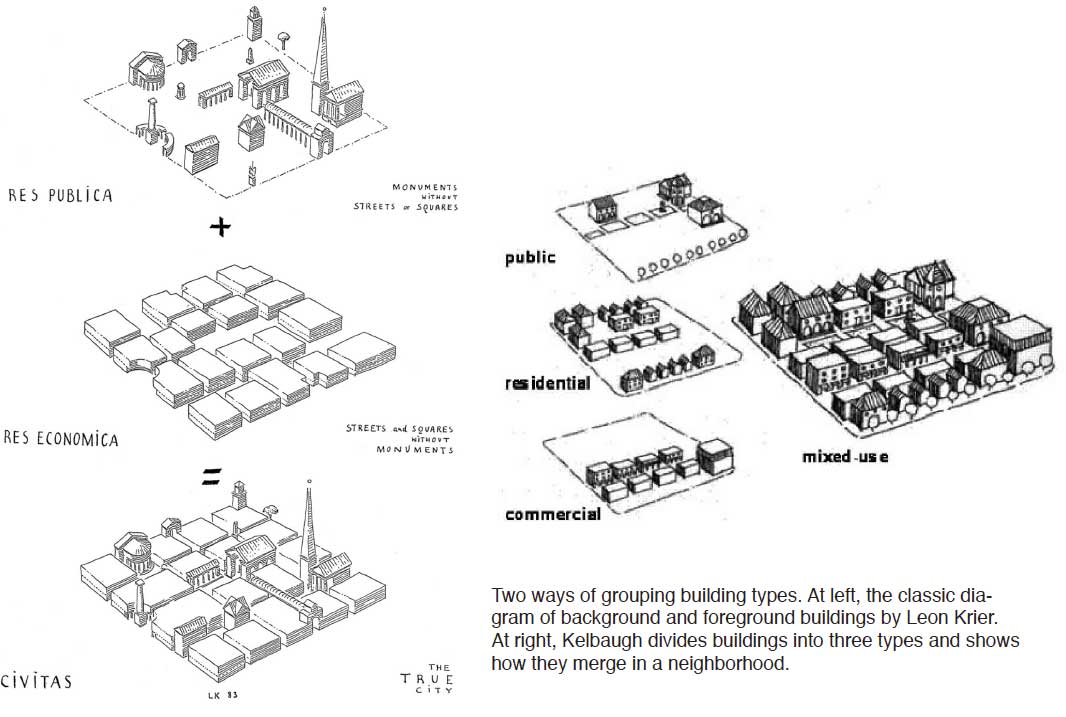 Indeed, a coherent hierarchy of architectural types, street types, and public spaces with a clear distinction between foreground and background buildings—can best sort out and make legible the complex mixture of land uses and building functions in good cities. Typology engenders less selfish buildings that do not always vie for the center of attention, and it makes the exception more exceptional, while dignifying the ordinary, everyday building. Modernist conceit turned audacity and perpetual change into ends, rather than means. Obligatory invention of architectural form has become just as slavishly orthodox and empty as Modernists once claimed Beaux Arts eclecticism and historicism to be. If newness is expected, the freedom to be inventive or even outrageous does not set one free.

The culture prevailing in our architecture schools is wall-to-wall invention, mandatory originality, stand-alone buildings, iconic or provocative design, fantasy, change for change's sake, heady theory—a menu I call la tendenza estrema. If faculty and students, like starchitects, are artists first and architects second, they are urbanists third. The heyday of the solo artiste and rarefied theory may have finally passed in the last decade, but are we now seeing a whiplash back to no theory in young faculty’s embrace of hands-on, digi-design/fabrication and autonomous objects, which are still driven by intoxicating newness (if at a more personal scale). The digital forms—from objects that have been described as asteroids to entangled nets that have been called placentas—can be seductively and biomorphically beautiful. But it's too often acontextual, anti-urban and indifferent, if not oblivious, to climate. (Typically, there isn't even a site plan drawn, or even a north arrow.)

Then there's the even more recent re-emergence of the social justice agenda, and the emergence of carbon-neutral agenda, both of which I fully support … IF and only if the ensuing architecture and urban design are also of high quality, including aesthetically and tectonically. Otherwise, as Dan Solomon said in his Raoul Wallenberg Lecture here, it will be ignored. “Sustainability alone is not sustainable. We are obliged to be interesting; it is a duty. No one will pay the slightest attention to us otherwise … We actually have very little chance of doing good or being good, if all we offer the world is the dreary salvation of non-consumption.” Design needs to appeal to the senses, be enjoyable, engaging and continually refreshed and invigorated.

We need and want to aspire higher. Among other things, we must remember “the forgotten middle” and forget serving “only the rich and the poor.” For as long as built civilization has existed, architects have served power—whether it be the state, the church, the aristocracy or oligarchy. This elite patronage is not surprising, given the high cost of buildings. Modernism, to its credit, expanded the architect’s repertoire to include social housing and everyday utilitarian structures. But since the decline of the Modern Movement in the 1970s, the academy and the profession have generally given up on this progressive social agenda. (Although, as noted earlier, there are signs of a return, such as the second growth of community design centers and charrettes.) Much of this default is beyond our control and is political and structural, i.e., the tides of regulation, deregulation, globalization, and consumerism.

And so it goes, on and on, the endless fight and the endless cooperation between the individual and society, the private and the commons, growth and the environment, consumption and sustainability, the selfish and the altruistic gene, history and the future. As F. Scott Fitzgerald wrote,  “So we beat on, boats against the current, borne back ceaselessly into the past.” 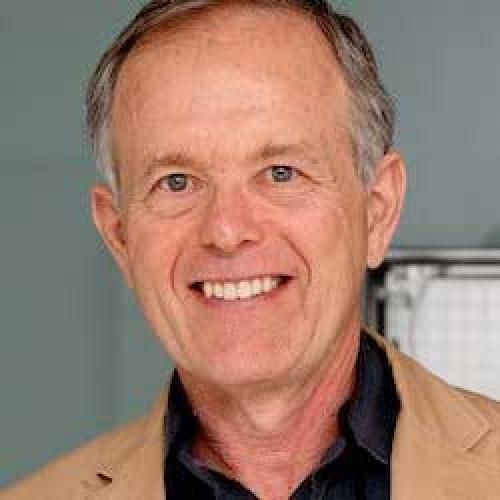