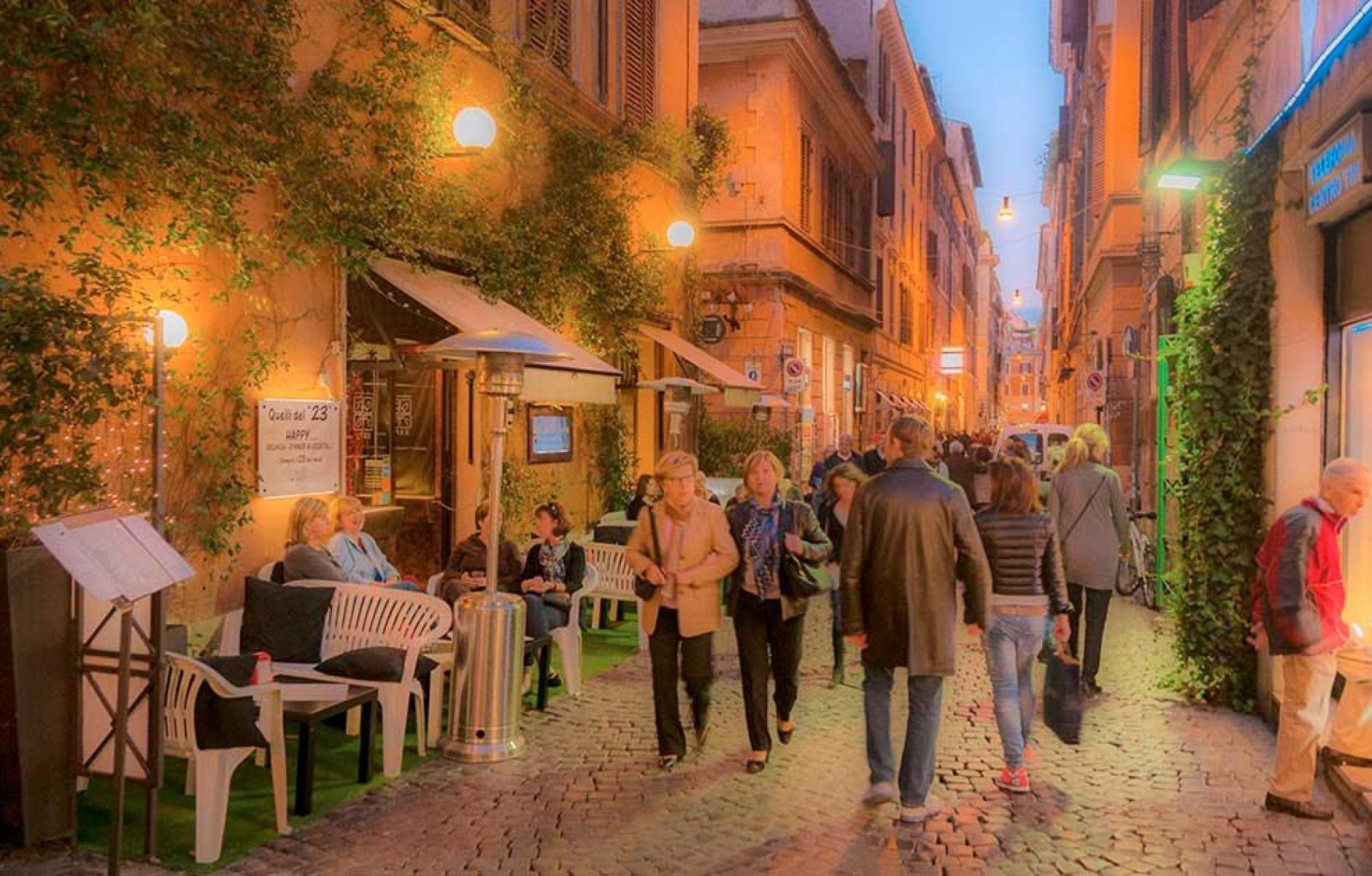 When someone walks along a street, they’re gone in a moment. But when they sit down to a meal, they might be there for an hour or more. Because of this, the sidewalk cafe is the most powerful tool to enhance people’s desire to walk in a place.
STEVE MOUZON   &nbspJUN. 21, 2017

The most important thing about building a place with high Walk Appeal isn’t anything we build, nor is it about walking. Of all the factors that entice us to walk in a place, the strongest one is likely the presence of other people. When someone walks along a street, they’re there for a moment, and then they’re gone. But when they sit down to a meal, they might be there for an hour or more. Because of this, the sidewalk cafe is the single most powerful tool we can use to enhance people’s desire to walk in a place.

Interestingly, the sidewalk cafe is both cause and effect of places we want to walk. It never occurs in unwalkable places, and its chance of thriving increases as the place becomes more appealing. Because it is fueled by the appeal it creates, the sidewalk cafe can be considered the “turbo-charger of walking.” Here are some sidewalk cafe design considerations:

The slower the traffic speed, the easier it is to do a good sidewalk cafe. The ideal traffic speed is walking speed… whether it is cars driving or people walking. Ocean Drive on South Beach regularly sees cars traveling at walking speed, and it has the most thriving sidewalk cafe scene in all of South Beach. As travel speed increases, protective measures to assure the safety of those dining must increase as well. Top speed for a thoroughfare adjacent to a good sidewalk cafe is 35-40 miles per hour, because nobody wants to have lunch alongside an expressway. Protective measures include the following:

The bollard is the first line of defense against moving vehicles. A simple thin metal bollard such as the one shown here provides protection against cars traveling between walking speed and running speed (about 15 miles per hour). Above that, the bollards need to get heavier and closer together in order to make the patrons feel safe.

Bollards can take many forms beyond the simple metal pipe bollard shown here. They can be made of iron, and cast into countless ornamental forms. Concrete bollards are necessarily heavier than thin pipes, and are often chosen for faster vehicular speeds, but bollards can be made of stone as well. For added protection, a heavy chain can be attached to the tops of a row of bollards.

Tactical Urbanism has popularized the use of planters as protective measures. Planters have several benefits. First, a planter can be really big and heavy without looking as clunky as some concrete bollards. And the plants planted within them can provide blooms, enclosure, and even shade if the planters contain trees.

Parked cars provide the greatest degree of protection, and should therefore be used along higher-speed thoroughfares. Actually, there are many benefits of on-street parking, so it can be paired with sidewalk cafes anywhere cars are still necessary… in other words, almost anywhere in the US. Above speeds where cars and bikes can ride comfortably together (about 25 miles per hour) on-street parking becomes the protective method of choice.

Parking may be either parallel or diagonal, and there are benefits of each. On the one hand, a traveling car striking a parallel-parked car is less likely to push the parked car onto the sidewalk because it will most likely be a glancing blow. On the  other hand, most drivers slow down on streets with diagonally-parked cars because of the risk of someone backing out into traffic without seeing them at first. Also, diagonally parked cars put about eighteen feet of metal between the travel lanes and the sidewalk, whereas parallel parked cars are no more than eight feet wide.

We’ll revisit sidewalk cafes soon, because there are several other factors important to their success beyond protective measures for vehicular traffic. We’ll talk about comfort issues like shade and rain protection, breezes, and warmth on a cold day. We’ll also look at servicing and walking path issues. What am I missing? What other sidewalk cafe issues should we be talking about?