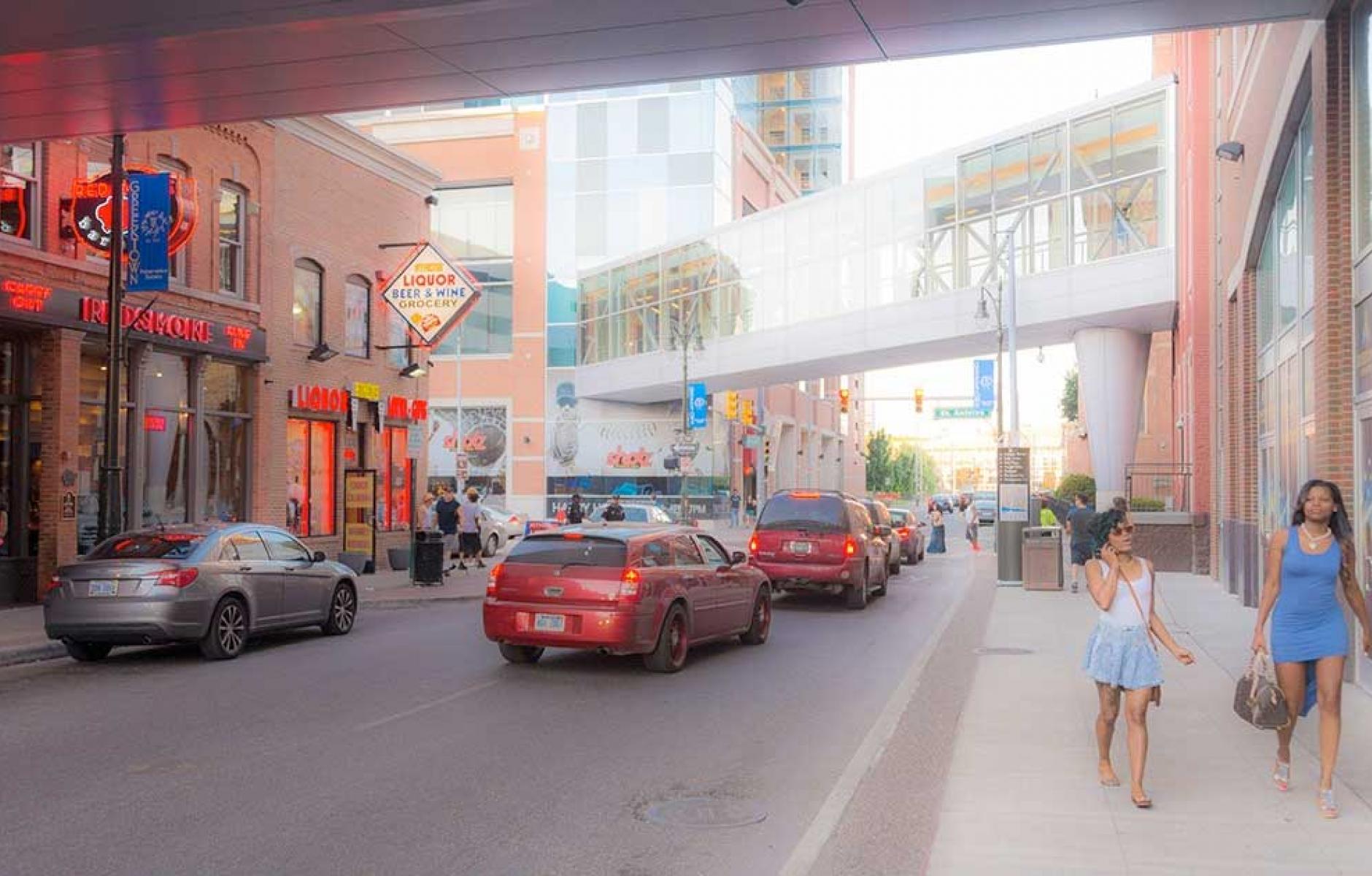 Detroit’s real renaissance is now happening in many small places, not the few big ones. Walk around Brush Park, Lower Woodward, and Midtown, and you’ll find all sorts of cool stuff popping up.
STEVE MOUZON   &nbspNOV. 22, 2016

But the most amazing thing about Detroit isn’t the buildings, but the people. Wanda and I were there in June for the Congress for the New Urbanism, and we stayed an extra day so we could walk around and see more of the city. We probably walked almost ten miles that day, and the most striking thing to see was the number of friendly people. We’re originally from the deep South, which is the region that takes great pride in the friendliness of its people, but I’ve never seen such a high proportion of friendly people in Atlanta or Charlotte.

I was first in Detroit in 1979, and it was a very different place back then. I was on a student tour of Montreal and Toronto led by our architecture professors, and Detroit was so scary at the time that we didn’t even stop, but drove straight to the border as quickly as we could. Detroit’s decline began in the 1950s, and by 1979, it was in full swing and hopelessness ran deep. And yes, I know the crime rate is still far too high, but the faces of the people make it clear that change is coming.

And no, this is not about race; it’s about hope. Insofar as I can tell, the racial mix doesn’t seem to have changed much, but the change in hope is stunning. The only race-based distinction I noticed was this: of all the people that struck up conversations with us that day, every single one was a Black person.

How did this come about? I’m no expert on what finally flipped the switch from hopelessness to hope for all those Detroit citizens, but it’s clear what didn’t do it. Big, gleaming mega-projects like the Renaissance Center can actually create the opposite of a renaissance because they suck vitality off the street for many blocks around. And big corporate fortresses like this can actually increase fear, as people get accustomed to making the dash from home to office parking structure in their cars as quickly as possible instead of seeing their fellow-citizens each day on the sidewalk. If you want to build a vibrant city, put many front doors on the street, and put as many offices as close to those front doors as you can. The “city within a city” model of the Renaissance Center is exactly the wrong thing to do.

Detroit’s real renaissance is now happening in many small places, not the few big ones. Walk around Brush Park, Lower Woodward, and Midtown, and you’ll find all sorts of cool stuff popping up. I can’t help but believe that a lot of the innovation is happening because the city has been so cash-strapped for the last decade that it hasn’t been able to regulate things like cities usually do. So the Millennials have just moved in, taken over buildings, and started all sorts of ventures without asking permission. The scene in the photo below is being repeated all over the city. Yes, it’s a bit like the Wild West, but we once built a nation that way.

Cities in decline looking to revitalize themselves should go to Detroit and see for themselves what is going on. And then they need to ask this question: Rather than sliding to the depths of hopelessness that Detroit reached, where it was unable to regulate in a normal way and had to cease serving large swaths of the city, should we not skip the most hopeless years and lighten the burden of regulation now, so the vitality and inventiveness can get going?

There’s a Lean Urbanism movement brewing; it actually kicked off in Detroit in October, 2013. One of the central things they’re looking to establish is Pink Zones, so named because they are places where the red tape is lightened. Pink Zones aren’t totally the Wild West, but they “make small possible.” Here’s more about what Lean means.

Mark Nickita is an expert on Detroit on many counts. Here’s what he wrote about Lean Urbanism in Detroit. Several years ago, he said “Detroit is a tale of two cities, one of great hope and another of great despair, according to which streets you drive down.” Now, the hope is much easier to find. I hope the city leadership realizes the things that have tipped the balance, and continues to let the vitality and innovation flow.