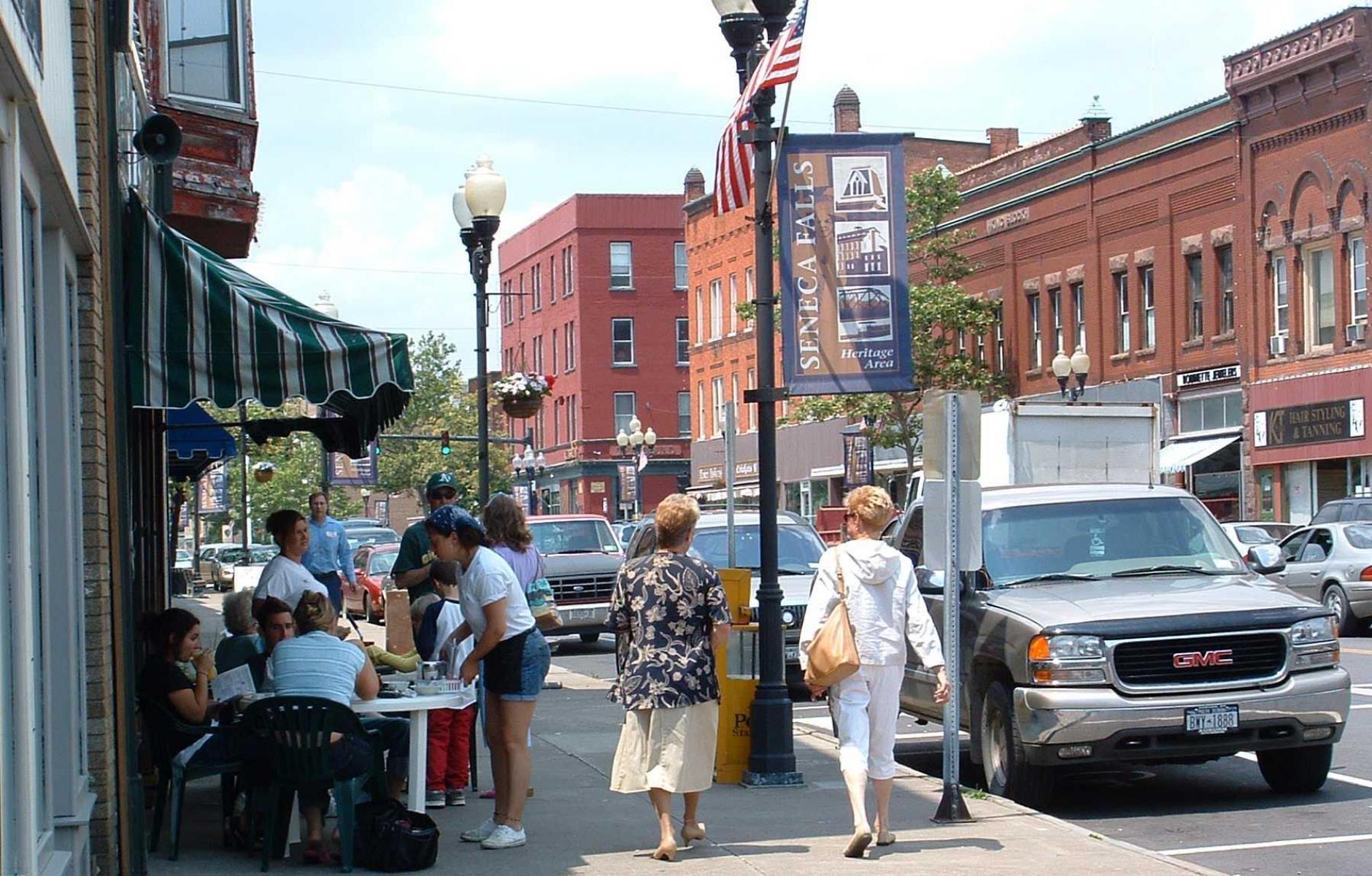 What a Trump presidency means for New Urbanism

Our principles—and our Charter—are timeless, and the work of our members is as relevant and populist as it has ever been.
LYNN RICHARDS   &nbspNOV. 11, 2016

Like a lot of people, I was shocked by the results of Tuesday’s election. Donald Trump’s unprecedented victory has far-reaching implications for our social programs, foreign affairs, and civil rights. On top of that, Trump has made it impossible to predict exactly what policy priorities he’ll tackle first. We will have to watch and wait.

But as President and CEO of the Congress for the New Urbanism, my primary focus is on the future of our cities, towns, and neighborhoods. Here, the major issues are clearer: we have specific federal programs at stake, looming questions about reframing our work, and an uncertain path ahead.

This is what we can expect.

Under President Obama, federal agencies like HUD, DOT, and EPA expanded their work on sustainable communities, especially through the Partnership for Sustainable Communities. These programs have long been a target for congressional Republicans—from 2009 to 2012, I had to defend the EPA’s Office of Sustainable Communities against elimination-minded officials arguing that its “core goals had been sufficiently incorporated.”

Unfortunately, these programs are likely to be eliminated. If they are, CNU and its partners must continue their legacy of supplying essential urbanist resources and information to the American public. Their considerable body of publications and best practices on community design and development represent decades of hard work and innovation. We cannot let that knowledge be lost.

One silver lining in their elimination may be how other federal agencies absorb the staff talent from these excellent programs. Already, Republican leadership has discussed a federal hiring freeze and 10 percent workforce reduction—meaning that dozens of leading experts on community design and development will move to new positions within their agencies. This presents an opportunity: how can we take advantage of these urbanist connections in new federal program areas?

Finally, keep in mind that Trump will likely draw federal appointees from previous Republican administrations. This could be good for our work. Under George W. Bush, the budget for the EPA’s smart growth programs more than doubled—and by sticking to a bipartisan framing, we saw our federal work thrive.

In fact, I’ve seen a great deal of discussion in recent days about reframing New Urbanism or attempting to pander to a new political agenda. CNU’s message has been consistently bipartisan for over two decades. Our strength is in our inclusive principles: to build places where people and businesses can thrive and prosper.

These principles—and our Charter—are timeless, and the work of our members is as relevant and populist as it has ever been. Dan Solomon’s transit-oriented affordable housing projects are the very opposite of elitist, and Erik Kronberg’s work rebuilding New Orleans with affordable homes that support the character of the existing neighborhood would be a welcome addition to any city, town, or county in America.

We cannot lose the bipartisan appeal of these core values because of one political moment. I’ve had great urbanist conversations with Tea Party activists and radical environmentalists, and I’ve worked alongside struggling communities and residents of every color, creed, and class. Open community engagement is a fundamental principle of New Urbanism—and while we can absolutely improve on this process, it is not something to be abandoned or “reframed.”

Finally, as I’ve said before, cities and towns are emerging as America’s leading innovators in placemaking and government. From innovation districts and development financing to climate change and equitable neighborhoods, our cities are the new urbanist laboratories, creating and embracing new strategies and practices faster than any other level of government. Regardless of what the federal government does, this is a trend that will continue to gain strength—and we should focus much of our energy there.

This is not to say we have an easy road ahead. Once, in 2004, the then-EPA Administrator Michael O. Leavitt gave a keynote for the smart growth awards. I was thinking the former three-term Governor of Utah might speak on their success with Envision Utah. Instead of engaging on the issue, or reading the speech we prepared, the newly appointed Administrator spoke fondly of his favorite tree in his backyard and his adventures golfing. That man is now a key figure in Trump’s transition team.

But the New Urbanist movement wasn’t built in a day and it isn’t going away. It speaks to all kinds of places and people, from thriving urban neighborhoods to rural Main Streets, and it has weathered storms before. What we’ve been doing for decades has worked, and will continue to work, and our regions, cities, and towns will continue to thrive.

Hold steady friends, we’ve got this.