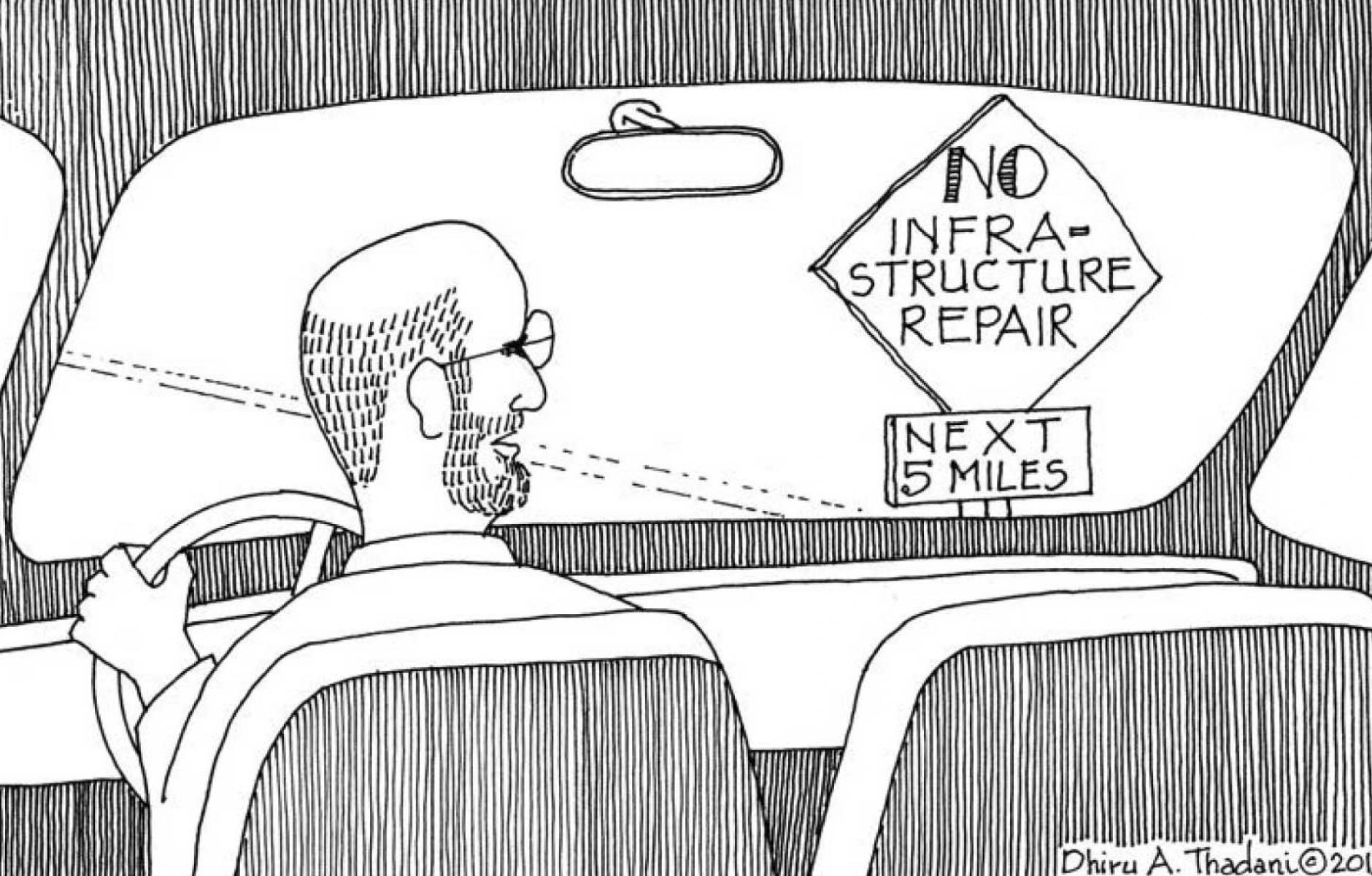 Image: Dhiru Thadani
Got A Minute

After spending two weeks driving in France, I was impressed by the quality of the roads. The asphalt surface seemed far superior to US roads, as I did not experience the rhythmic bumps that I am used to when driving in America. By US standards the cost of gasoline was exorbitant and my empirical observation was that tolls averaged $3.00 for every hour of highway driving.

From a purely functional standpoint, the European highway experience was superior. I assume by collecting more money through gas taxes and tolls their system is better funded. However, those unable to pay the high toll are not penalized, as the nation has an extensive and well-run train system. It is sometimes longer, sometimes slower, usually more enjoyable, and a welcome alternative for those who do not relish highway driving.

My limited understanding is that in the US, the Highway Trust Fund is the source that covers spending on infrastructure such as bridges, highways, roads, tunnels and even public transit. The fund’s revenue is a fuel tax of 18.4 cents per gallon on gasoline, and 24.4 cents per gallon for diesel. This tax has stayed constant for the past 23 years.

The annual infrastructure cost in the US is $50 billion and the tax brings in $34 billion. Until such time that the subsidy to drivers is eliminated, American drivers should be prepared for more potholes and uneven surfaces, poor road drainage, and a miserable driving experience.